County Board Chairman battle takes centre stage ahead of Convention 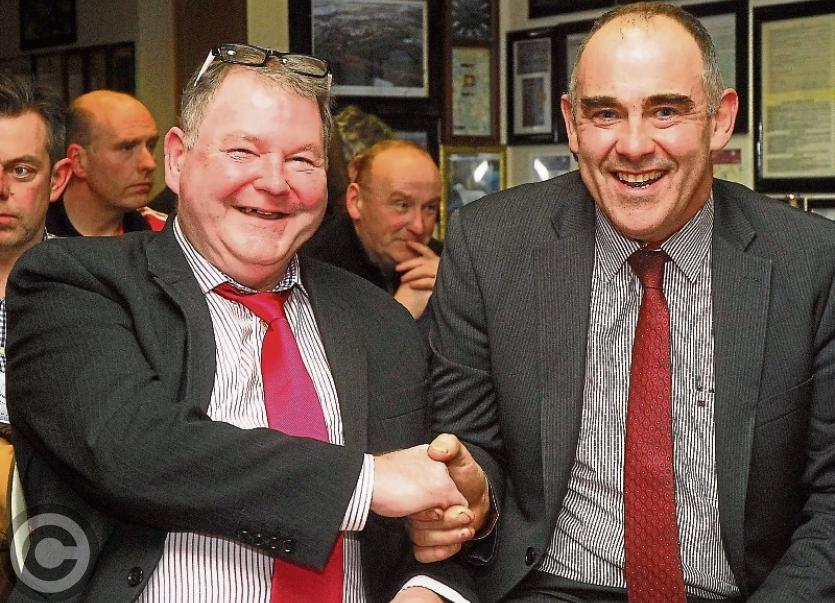 With an otherwise quiet County Board Convention on the cards next Sunday, the battle to succeed Terence Boyle at Leitrim GAA County Board Chairman will attract the most attention over the weekend.

As action on the playing fields of the county takes a short but welcome break, all the interest in Leitrim GAA affairs is in the boardroom as current Vice-Chairman Stephen Flynn from Mohill is battling it out with Eslin's Enda Stenson for the position of chairman.

To add to the drama, both men actually hail from the same parish of Mohill but different clubs and both men and their families are steeped in Leitrim GAA.

Stephen Flynn previously served as Senior Board Secretary for one year after numerous years in charge of underage affairs in the county while Enda Stenson, now an independent county councillor, was formerly one of the county's top referees.

The battle for the top spot on the Board is the only election down for decision next Sunday, the Convention starting at 3pm in The Bush Hotel in Carrick-on-Shannon and with only four motions submitted for discussion, it should prove to be a rather quiet and uneventful event.

Seven candidates had applied for the vacant position following the sudden resignation of Martin Cunniffe with five attending interviews last week and Leitrim County Board Chairman Terence Boyle confirmed that Conway was the successful applicant.

“Olcan has a very good record with Carrick-on-Shannon and he is very keen to get going, he knows every hurler in the county and knows everyone involved in hurling. It was an absolutely excellent interview," said Terence.

Paying tribute to the work of former manager Martin Cunniffe, Olcan told the Observer on Tuesday that he believes Leitrim have the talent to compete at a higher level.

“The work that Martin Cunniffe and Michael Coleman has done has brought Leitrim hurling on a good bit in the last few years, there is a good foundation to build upon and I would hope that with all the young lads coming through and the good experienced lads that are there already, I believe that we can compete at a higher level.”