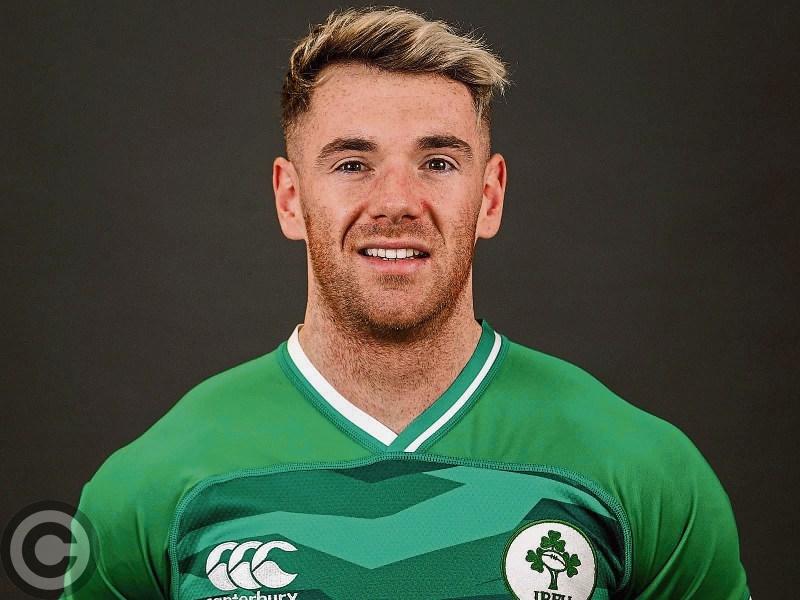 Victory on the pitch might not have come his way but Mohill’s Eanna Madden was delighted with how his first experience of international Sevens rugby went last weekend after he was picked for an Irish Development team at the Dubai Invitational Tournament.

Eanna, better known as an international sprinter and three time national 200m champion, has switched sports this winter and was named on the Ireland Men's Sevens Development squad for the prestigious tournament in Dubai.

Competing in the Invitational section, with the Irish main squad in action in the HSBC sponsored main competition, Ireland lost both their opening pool games 33-7, against the French Development side and Samurai Zastava last Thursday.

An improved showing for a young and inexperienced team drew 7-7 against Olorun Ponty Butchers before they defeated ASC Dukla 21-10 in the 13th place playoff on Saturday with Eanna seeing action in the first three games before injury sidelined him for the final game.

“It was a good experience and a bit of a learning curve for me,” Eanna told the Observer after his return from Dubai, “the team was only together for the last six weeks and only three of us had ever played sevens rugby before.

“It took us a bit of time to find our feet but by the last game, you could see real improvement and there is much more to build on. I played in the first three games but I didn’t play on Saturday because my achilles flared up and I am getting it scanned this week. I really enjoyed the whole experience.”

Asked how he adapted to the new game on the 7s field, Eanna gave a rather surprising answer for a man used to much shorter events as he said the seven minute halves were “over in a blink of an eye. You are warming up, getting ready and then the match is over so quickly.

“It was my first experience of sevens and I learned a lot from the matches, we had a few opportunities that might have led to scores but by the time the last match came around, we were really playing well.”

Eanna’s switch of sports caught a lot of people by surprise but the Carrick AC athlete says that he is not finished with his career on the track: “I was trying to keep everything low key and not say anything until I was picked for Dubai.

“Once I get this scan done, I hope to go back and do a block of athletics training with some competition in January and February so I am going to try and do both if I can.

“I have to sit down with the rugby management after they get back from the Cape Town 7s and see what the situation is.”

Eanna was not the only member of the squad with athletics experience with Ulster wonderkid Aaron Sexton also a member of the development squad while former Love Island star Greg O'Shea was also a juvenile sprint international in his youth, the benefits of speed in the more open sevens game a huge asset.