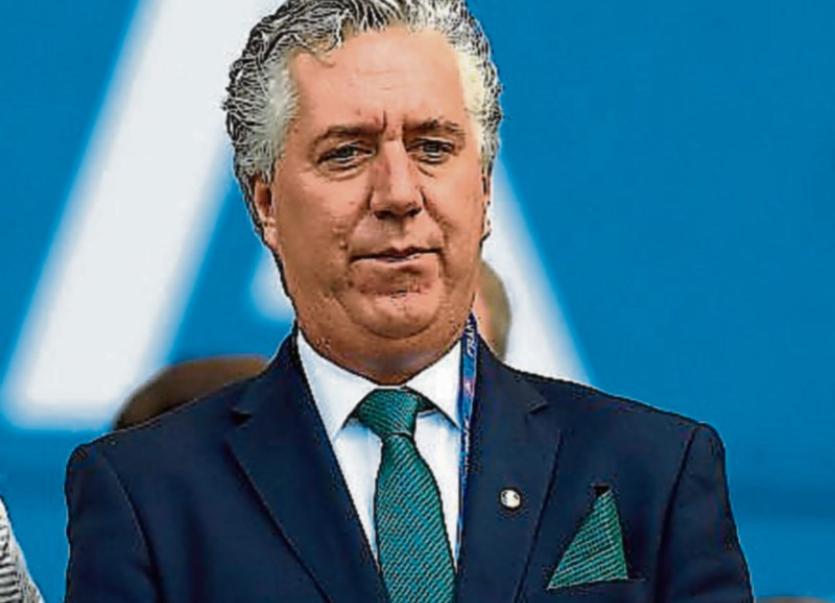 Since the departure of John Delaney from the FAI there have been numerous suggestions and theories regarding just how bad the financial situation within the governing body had actually become and last Friday finally shed some light on the shambolic scenario.

Somehow the association which boasted operating profits on a yearly basis has found itself in debt to the tune of €55m and it is impossible to guess what the next revelations will inform us about the mess which threatens the sport at every level in the country.

An afternoon in the car with RTE Radio 1’s Saturday Sport for company made for less than enjoyable listening. Johnny McDonnell and Alan Cawley have both seen first hand how lack of investment has hindered the development of the game while the host, Des Cahill was blacklisted by the association when he asked difficult questions about Delaney’s pay in 2011.

The third studio guest was the Irish Times soccer correspondent Emmet Malone who attempted to detail where it has gone so horribly wrong, pointing to the sale of vantage club tickets, which were 10 year premium tickets for the Aviva Stadium, as one example of financial mismanagement.

The overpriced tickets were a greedy gamble to recrue the investment on the new stadium but it was a plan that backfired spectacularly as it coincided with the global economic downturn.

Over the years a sense of apathy grew around all things FAI (with the exception of when the senior team qualified for major tournaments) and what were once regarded as the best seats in the house were regularly given away to clubs around the country. This served the purpose of inflating the attendances at international games and inflating the esteem in which Delaney was held as people naively felt he was a generous fella who was simply looking out for the football family.

It was put to Malone that the media had questions to answer for their inability to hold John Delaney et al to account but he was quick to point out that numerous journalists had written critically of the leadership but the country’s libel laws meant critical reporting was often followed by either a solicitor’s letter on behalf of Delaney or a phone call from the former CEO.

Listening to the discussion reminded me of the afternoon I interviewed Delaney following his visit to Manorhamilton Rangers as part of the FAI’s Festival of Football in 2015 when he and his entourage travelled from one club to the next handing out cheques and posing for photos. Delaney agreed to an interview, on the condition that questions of a national interest, such as his inflated wages or the FIFA payment for the Thierry Henry handball were off limits.

Back then details of his rent being paid; his lavish birthday party; his loans to the organisation to resolve cash flow issues or his generous expenses had yet to emerge but even if they had been known they would certainly have been off limits as well.

He spoke about his plans for the domestic game, his admiration for the work being done on the ground and his belief that the sport and the association were in a healthy place.

A few days later I woke to find a message on my phone from Emmet Malone asking me to give him a call. Slightly confused I did so. He was in Sligo for the FAI AGM and was discovering once more that news from the inner circle was hard to come by. The one lead he had generated was that myself and Delaney had become embroiled in a heated row in Manorhamilton.

Emmet pursued the story which had grown legs but was very wide of the mark as there was little else emerging from the fortified hotel in Sligo. Unfortunately I had to inform him his great story was a non-runner.

Four and a half years later the suspicions held by many are being proved true. The fear however, is that irreparable damage may already have been done. There are several reports into the association that have yet to be published and one can only hope that when they are, real change can be implemented. Replacing the CEO may well prove to be the easy part.

For the good of the game, change is urgently needed at all levels to ensure such a fiasco can never be repeated.