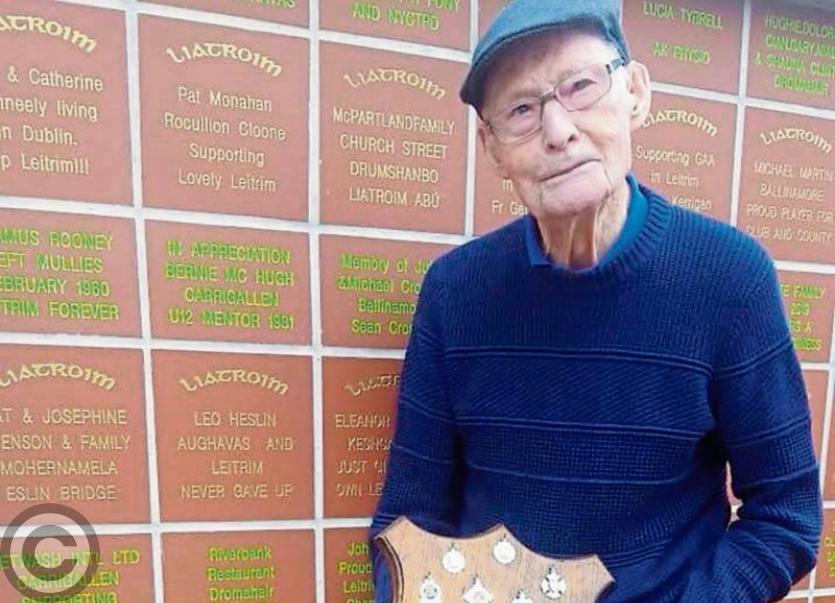 As Leitrim's footballers gear up for 2020, the enthusiasm is matched off the field with the revelation that bricks are still selling in the Leitrim Wall while the launch of the 2020 Leitrim Supporters Club has been pencilled in for Thursday, January 16.

Renowned sports journalist and author Sean McGoldrick from Newtownmanor and Leitrim Guardian Person of the Year Noel McPartland will be the special guests at the launch of the Supporters Club in Croke Park and if the response to the Leitrim Wall is anything to go by, the Celtic Suite will be packed with Leitrim fans.

At the time of the launch of the Leitrim Wall last September, there were five walls - now there are eight with seven completely full. Bricks are still available on the final wall but they are going fast.

You can log on to leitrimwall.com and buy a brick voucher as a Christmas gift for someone at home or abroad. Or you can call into the McGovern Aughavas Leitrim Centre of Excellence and order your brick from Brian Blake.

One of those to have received a brick as a gift is 90 year old Tim Slevin, a Tipperary native who made Mohill his home and played hurling for Leitrim during the 70s, once again emphasising the special links to the Leitrim Wall from people all around the world.

The extra money will come in especially useful with the upgrading the generator for the floodlights at the centre to a more cost efficient alternative and all additional funds raised will be used for the upkeep and maintenance of the Centre of Excellence.

The Centre of Excellence will surely be one of many topics from an extraordinary 2019 for Leitrim fans to talk about in Croke Park at the launch of the Supporters Club and it seems that visiting Croke Park is almost becoming blase now for Leitrim fans after the Division 4 and Lory Meagher Finals last year.

Apart from special guests Sean McGoldrick and Noel McPartland, the Croke Park event will touch on all things Leitrim GAA, and MC Colin Regan will interview Leitrim football manager Terry Hyland and Eamonn Duignan, chair of the Leitrim Wall committee, about plans and activities both on and off the field of play for 2020.

This annual gathering has become a must-attend event for Leitrim people in Dublin and the surrounding counties, with 170 attendees last year.

It makes a point of acknowledging and celebrating the lives and times of Leitrim’s foremost citizens and entertainers and is sure to have something to amuse anyone with roots or an interest in the county. So, please spread the word to your friends and come along on the night.