Sean Shanley a true blue Dub at heart but with a heavy hint of Green! 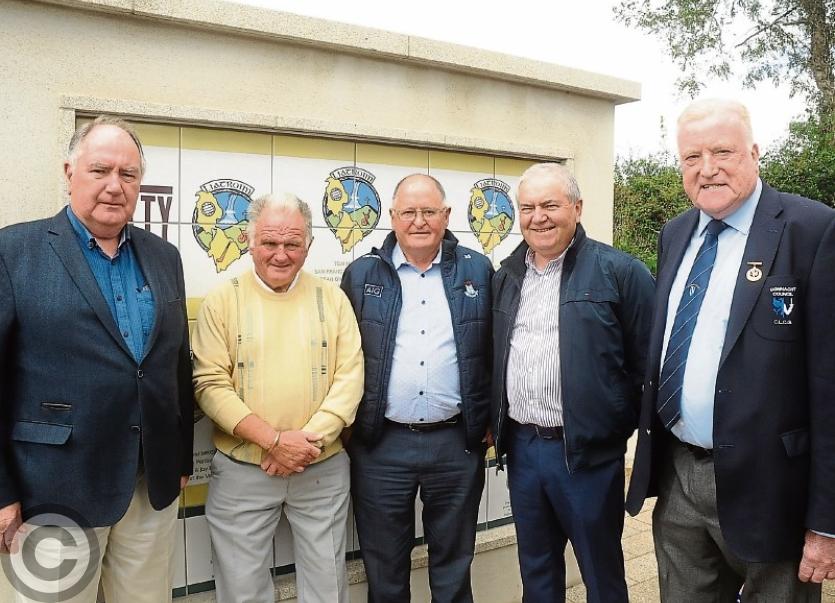 Jim Gavin’s resignation as Dublin manager may have brought an era to an end but this Thursday evening, Sean Shanley ends his own unique era as the Dublin County Board Chairman who saw the county footballers land the mythical five-in-a-row under his watch.

The son of Leitrim Team of the Millennium member, John “Nipper” Shanley, Sean is a Dub through and through but his own connections to Leitrim means that while it is Dublin first, Leitrim are very much second in his heart.

Of course, that meant complications back in 1994 said Sean as he sat down with the Observer on a Monday morning in the Craobh Chiarain clubhouse that sits beside Dublin’s Parnell Park.

Sean recalled that famous August day in 1994 when Leitrim clashed with the might of Dublin in Croke Park in the All-Ireland Semi-Final - “I’d support Leitrim once Dublin weren’t involved. In 1994, I got a bit of stick alright. I was in the Hogan Stand, I would normally be in the Cusack or on the Hill but I was in the Hogan, a few of the Annaduffs came in, saw me in my Dublin colours and I got a bit of stick.”

His brother Luke and sisters Mary and Patricia were born in Mohill but Sean himself can boast that most Dublin of births, born in the Coombe Hospital in Dublin, very much a real Dub according to the saying.

But there is no doubt his affection for Leitrim and Annaduff and Sean was very much aware of his father's special status in Leitrim when he was growing up: “I spent a lot of long summer holidays down in Annaduff. You knew when you were down there, it was all talk about football and football.

“The Mammy, Lord have mercy on her, she was a Mayo woman but she used to say after being down in Leitrim 'if talking could win All-Irelands, Leitrim would win a lot of them'. But that’s the connection, people would know me Dad and they would all want to talk to him.

“He was involved in Craobh Chiarain when they started road leagues. This was a totally new area, houses just after being built in 51, 52. Marino was covering this parish, this school so when they built Scoil Ciaran, the kids in Donnycarney started to come to the school and the club evolved from there.”

With Dublin giants St Vincent’s literally just down the road, Craobh Chiarain had to battle to survive but the fledgling club weren't long racing through the ranks in Dublin, culminating in reaching both the Dublin Senior Football and Hurling Finals in 1971 with Sean on both teams and his father a selector for the footballers.

As luck would have it, St Vincent’s provided the opposition in both deciders: “Like a lot of big clubs, St Vincent’s thought we’d be just a nursery for them but eventually we did win our way up through Junior, Intermediate and Senior. It was a big day in 1971 when we met them in the Senior Final.

“We actually met them in both finals, the hurling and football, they beat us in the football and we won the hurling. I played on both those teams, the brother Luke was on them as well. St Vincent’s were as hard as people say and harder than anything they’ve had since.

“The two Foleys, Lar & Des, Jimmy Keaveney, Hanahoe, they went on to win the All-Ireland club two years later. Six of them on the 1974 Dublin team - it was a great experience but we just looked on them as ordinary lads, we knew them growing up.”

Craobh Chiarain are better known for their hurling nowadays and Sean admits a preference for the small ball game himself: “ If the results had been different that year, who knows.”

His own memories of Leitrim football remain sharp: “I remember Leitrim in the 60s with McGarty and Cathal Flynn, they were terrific together, they were like Purcell and Stockwell. Frank Quinn, Jim Lynch, a lot of them would have been in our house if they were playing in Parnell Park with Sean McDermotts, a Leitrim team in Dublin, and the Dad would have done a lot of training with them in later years.

“I used to go to all the Leitrim championship matches with the Da. He was disappointed that the U21 team who pushed the great Kerry team in 1977 did not go further.

“I sort of got the attitude from a few of them, 'we’ve done it all, we’re great'. The mindset wasn’t right to take the next step, that should have been the basis for a great Leitrim team to get to a Connacht Final and win a Connacht championship.”

Sean is a frequent visitor to Leitrim, particularly with one of his sister living in Annaduff: “The sister is living down there, when herself and the husband retired from work, they moved down to Annaduff - that is the main connection. A lot of friends too and the Shanleys in the Railway are related, used to spend a lot of holidays there and spent a lot of holidays out in Farnaught with a cousin of my father.

“When you spend so many holidays there and have so many friends there, it is a special place.”

That sense of attachment to Leitrim is very strong among the second generation Dubs with so many coming down for the opening of the Leitrim Centre of Excellence last September.

Name checked by more than one Leitrim official as being an enormous help to Leitrim's efforts to secure funding for the Centre of Excellence, Sean shrugs it off with: “You do what you can but really there is very little that you can do other than advise them and help them.”

But Sean does agree that there is a special link between Leitrim and Dublin: “There are a lot of connections there and I suppose it is because they are Leitrim and lowly that people give them their support and their loyalty. It is a super facility and great to see it and it will help Leitrim football.”

Talk of Leitrim connections naturally lead to Declan Darcy and given that this interview was conducted before Jim Gavin's bombshell resignation, there was no hint of the drama to come and it was talk of Leitrim with the former Leitrim captain that stuck a cord with Sean.

“ I asked Declan one day about the good year when they won Connacht and he was actually disappointed, he thought they should have gone on further. The bulk of the Leitrim lads were so delighted to win the Connacht title that that was it, they went celebrating but you can’t blame them for that.”

With so much talk of competitiveness and inter-county structures, Sean sees hope for Leitrim in a Tier championship: “I don’t know where you are going to go to make the likes of Leitrim competitive with the Dublins and Kerrys of this world but Tier 2 is good as long as they are playing the game and at the right grade.

“My Dad was on the 1938 team that won the Junior, that was a big thing at the time. I think that is the way it should be, just like the clubs. Craobh Chiarain were in Senior for many years but we’re back down to Junior and we won the Dublin Junior Football Championship and that is a great occasion to celebrate.

“Getting to a Connacht Final is a big achievement for Leitrim, much the same as for Dublin hurling.”