In her final report as Secretary, Attracta O'Reilly looks back on the highs & lows of an extraordinary year for Leitrim GAA, on and off the field 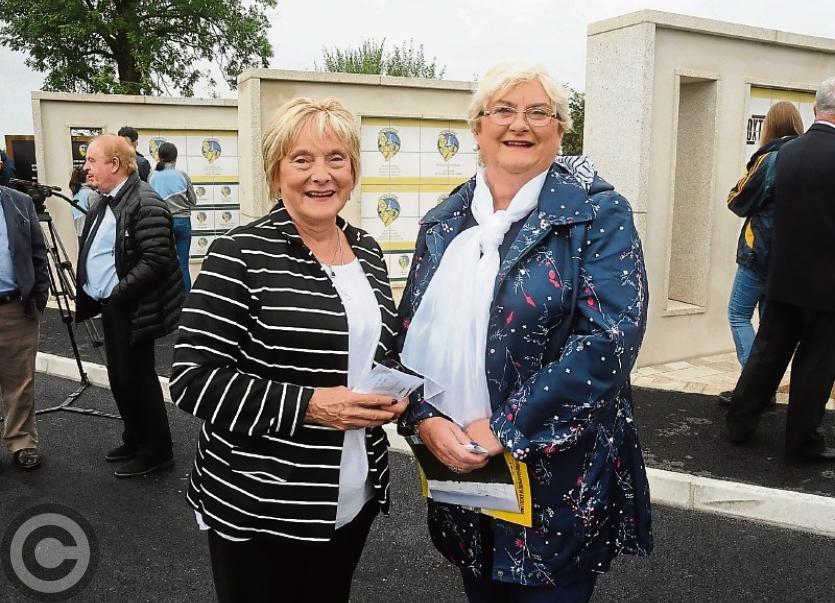 As the year 2019 is nearing its end this also means the end of my tenure as your County secretary with the five year rule taking effect from this convention. Five years that has absolutely rolled into about two years or so it seems, it has passed by so quick, but on the whole it has been a wonderful five years which I have thoroughly enjoyed.

We had some downs but on the whole we saw a lot of ups over the five years, Leitrim GAA now have three full-time GDO’s, changes to our underage and senior structures, our Senior football team being the first team in the GAA history to have a penalty shootout, our Seniors gaining promotion to Division 3, our Hurlers winning the Lory Meagher Cup, our U17 Hurlers also winning an All-Ireland title, securing senior sponsor from across the Atlantic and to top all that we finally saw the official opening of our Centre of Excellence in Annaduff.

Over the past five years I have met many people and made many friends both in the County, nationwide and abroad. It has been an absolute honour to serve as Secretary for the County and an honour both I and my family will always be proud off.

Opening of McGovern Leitrim Centre of Excellence a real highlight

On September 7, we officially opened our COE in Annaduff, official opening performed by GAA President John Horan. The standard of finishing and amenities in the centre is up there with the best in the country. We now have a COE that we can all be very proud of and which will be utilised by footballers, hurlers, handballers of all ages and levels for many years in the future.

Our County teams now have a base and a facility where they can work out, train and have team meetings, something that we have lacked for many years. I’ve no doubt it will give us the platform to improve and compete going forward. The bricks on the walls on the way into the facility adds a really lovely touch and is a monument that has been a massive success in terms of fundraising.

Many thanks to the committee in Dublin and our own committee in Leitrim for all the hard work and multiple hours at meetings put into getting this completed.

But one individual I want to single out for praise here is Brian Blake, who has put in tremendous effort and hours of hard work from start to finish on the whole project. The many hours he devoted to this project have been instrumental in it being so successful as he was on site every day. Thank you Brian.

Thanks to the many people who travelled from New York, England and all over Ireland for the opening of the facility. Many thanks to the personnel from Croke Park and Connacht Council who attended on the day.

A special thank you to the McGoverns from Aughavas, Tony and Bernadette for your generosity in sponsoring the naming rights of the centre.

Finally, thanks to everyone that bought bricks for the walls as this injected the much needed funds to complete the facility.

We started the National League campaign with a whirlwind of football winning our first four games, this left Leitrim people thinking this could be the year where Leitrim could get out of Division 4, morale was very high in the county and with good reason after 11 or so years

It was a great honour to be involved with a Leitrim team contesting a final in Croke Park. The lift it gave everybody in the County was clear to see on the day. Although we did not win the final we still are promoted to Division 3 next year which has been an objective for many years now. Best of luck to the team in 2020.

After our league campaign we had high hopes going into the Connacht Championship, however we were not prepared for what Roscommon threw at us in our quarterfinal game in the Hyde. We were on the wrong end of a 3-17 to 0-12 scoreline which left us in the draw for the qualifiers.

In the first round of qualifiers we played Wicklow at home and came away winners on the day with a score of 0-15 to 0-13. Next up was another home game against Clare in the second round of qualifiers, but we exited this year’s championship after losing 3-17 to 0-17.

I want to take this opportunity to say a huge thanks to Terry Hyland and all his management team who in their first year of management surpassed expectations with success in our league campaign. It was a pleasure working with you all.

After a disastrous league we did not get off to a great start in this championship either with our trip to Manchester to play Lancashire in the first round ending in defeat on a scoreline of 0.20 to 1.15. We turned it around however in the next two games by defeating Cavan 2.16 to 1.16 and Fermanagh 2.18 to 1.16 to reach the Lory Meagher final.

Leitrim were heading back to Croke Park, the Hurlers this time to play Lancashire in the Lory Meagher final. Again the people of Leitrim rowed in behind the team and the support on the day was wonderful.

The game itself was close but it looked to be slipping away from us as we approached full time losing by three points, when James Glancy rocketed home a goal in the dying minutes to draw level and bring the game to extra time. Leitrim upped their game to come out winners on the day, achieving what no Leitrim team had done previously, they set a record to be the first team to win an All Ireland title in Croke Park.

The excitement was electrifying and an excellent result for the team, congratulations to the players and their management of Martin Cunniffe, Michael Coleman, Paddy O’Connor, Lucia Tyrell and Hilary Phelan, I would like to take this opportunity to thank the management team for their work and dedication with the team over the last number of years.

This also means promotion for the team to the Nicky Rackard Cup for 2020, so best of luck to all involved in 2020.

I want to congratulate our U17 County Hurling team on their win in the Celtic Challenge Cup. A week after our seniors won the Lory Meagher this bunch of lads added their own All Ireland title to the pot by beating Longford in a brilliant display of hurling in Tullamore. Nice to witness two Leitrim teams winning All Ireland titles within a week of each other. A great day for those up and coming hurlers in the County.

A lot of work was done in Pairc Sean over the last few years; however, more work is required. This includes finishing off all the perimeter fence, the toilets along the main entrance and the addition of flood lights with possibility of the laying of a new all weather pitch would see it finished to a very high standard.

Over the five years of my role as secretary I have seen many changes in Leitrim GAA,

To Terence I would like to say a big thank you, we have worked together for five years and to say that Terence is coolness personified would be an understatement as was put to the test on a few occasions. He weighed up every situation before making comments and decisions, his handling of situations with his calm nature is to be acknowledged and admired. He never once made a rash judgement in error.