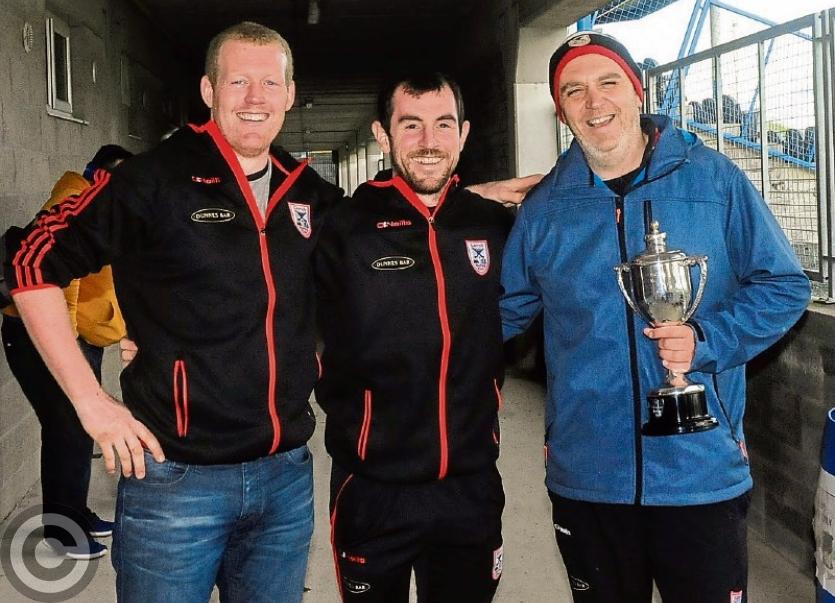 Delighted and raring to go, new Leitrim hurling manager Olcan Conway has set his sights on consolidating the county’s place in the Nicky Rackard following his appointment to the post last week.

Conway, who led Carrick-on-Shannon to an historic first ever Connacht Club title for a Leitrim team when they lifted the 2018 Provincial Junior Hurling crown, will hit the ground running with trials next Sunday, December 15, in Avantcard Pairc Sean Mac Diarmada at 12 noon.

There is no doubting his enthusiasm for the job: “I am delighted to get the job,” said Olcan when chatting with the Observer, “it is going to be a new challenge and I’m really looking forward to it.

“The work that Martin Cunniffe & Michael Coleman has done has brought Leitrim hurling on a good bit in the last few years, there is a good foundation to build upon and I would hope that with all the young lads coming through and the good experienced lads that are there already, I believe that we can compete at a higher level.”

The new manager also revealed that he chatted with Cunniffe before applying for the job: “I did ask Martin Cunniffe before I applied if I had his blessing as well. I know it finished acrimonious there so I didn’t want to go and apply for the job without his blessing. He did a lot for the county and he supported my nomination 100%.”

Keeping the existing players and expanding the panel by attracting new players is key to Olcan’s plans: “I am trying to tap into all sources and trying to get everyone out that is up to the standard, the people we want going forward - we’re getting a fairly good response.

“I know all the players in the county and even the Ballinamore lads who aren’t currently playing, there is a lot of talented lads there and I’ve already been in touch with a few of them and ask them to come out for a few trials.

“Obviously some lads are doing different things and have different commitments but there is at least six or seven good lads coming to the trials who wouldn’t have played county for a year or two and some of them maybe never.

“The panel is very good and strong and then there is an unbelievable panel of young guys coming through. Obviously there is very good and experienced players there too and if I can hold onto all them, it would be great.

“There are bound to be a few of them probably going to retire but at this moment, it is very hard to know exactly who is going to be available but I’m looking forward to finding out.”

With just seven weeks to go to the start of the League, time is short for Olcan and his new selectors Clive Beattie from Manorhamilton and Alan O’Shea from Carrick to bed in their ideas and plans but retaining Leitrim’s Nicky Rackard status is a priority.

“We going to try to consolidate where we are at. We don’t want to be a team that just bounces up and down between the Lory Meagher and the Nicky Rackard. I do believe we are good enough to compete at the higher level and that is one of the first thing.

“Obviously it would be brilliant to win the League but it is a new management, new players and a new panel and we’re possibly going to have to be a bit experimental, try a few things. There is a lot of these lads I wouldn’t have worked with before at close quarters so it is going to be a learning curve for me as well the players but looking forward to the challenge.

“The time constraints is very tight, there is only six, seven weeks before the first game of the league. I’ve been in contact with quite a few existing players and I still have to get in touch with a number of them as well.

“It is going to be tight but we know what needs to be done and we know what we want to do and that is the big thing and hopefully, it won’t take too long to get things in order.

“The players have been tipping away themselves at a bit of strength and conditioning in the centre of excellence but it is getting out on the pitch, getting ball work done, getting challenge matches and getting a real good look at what we have.”

There has been a great reaction to the news of his appointment when the Observer broke the news online on Monday and Olcan is thankful for all the messages of support that have followed: “I don’t be on social media that often but I know the old notification thing on the phone was beeping all evening. It is great that there is good will and interest in it.”