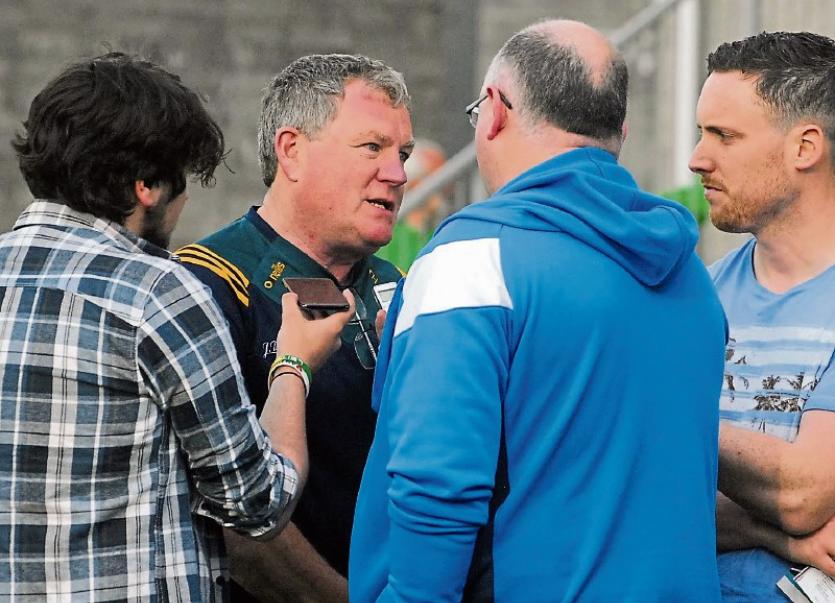 There will be a lot more attention for Leitrim and Terry Hyland in 2020 as they look into their Allianz League Division 3 campaign Picture: Willie Donnellan

We're coming to the end of 2019 so typical of sports fans, we're wishing the days away as, right now, all we can do is count down the days to when the New Year starts and sport burst back into full and vibrant life.

Of course the Premier League is going full pelt at the moment, actually that's not right for the Christmas season sees soccer go into overdrive across the water with an overload of games that will surely keep the sports fanatic happy over the Christmas period.

But it seems that most sports fanatics want to look forward and not back and it is the prospects for 2020 rather than the achievements of 2019 that occupy the thoughts right now, the old adage of 'If you are standing still, you're going backwards' all too real in the reality of top class sport.

Here in Leitrim, it's Terry Hyland's second campaign in charge and a Division 3 campaign to look forward to and judging from the low level of excitement building around the county and it means that, if anything, the Leitrim boss goes into 2020 with even more expectations, not less, than he did when he first took over the job.

That seems strange when the focus was, for so long, just getting out of Division 4 but the performances of the team and the realisation that the League is where it is at for teams like Leitrim mean that this coming Division 3 campaign is like no other.

It is not just the League itself - avoiding relegation may be just as big an achievement as winning promotion but with the new Tier 2 championship coming in next year, Leitrim's only chances of joining the battle for Sam Maguire are to beat both Mayo and probably defending champions Roscommon to reach the Connacht Final or win promotion from Division 3.

Both paths are the only way Leitrim can qualify for the Sam Maguire series but it is also the only route for the likes of Cork, Tipperary, Down, Louth, Offaly, Longford and Derry so the 2020 Division 3 campaign is going to be the most hard fought in history and that is not hyperbole!

Expectations will be rife too in Mayo - the whole Tim O'Leary saga has only increased the pressure on James Horan and the fact that the county's expenditure on the Senior team rose by almost €400,000 last year means the pressure is on the Westerners.

The Dubs too are under pressure - a new manager in Dessie Farrell might herald the end of an unprecedented era of glory or it might just be the start of something greater, some younger players like the Basquel brothers or Conor McHugh coming to the fore to replace the departed legends. Perhaps the new blood will reinvigorate the Sky Blues or maybe their time is over - who can tell?

2020 is a big year for Peter Keane's Kerry and the departure of Jim Gavin only adds to the pressure, it definitely doesn't lessen it for now the expectations are that Kerry can close the gap and lift Sam for the first time since 2014. The memory of a six point replay defeat is erased by events in the capital and now Kerry are everyone's favourites for the All-Ireland - how will they deal with that pressure and can they lift Sam without improving massively in defence?

As an Everton fan, expectations are pretty low right now and if we avoid relegation, I'd be happy enough. But if Carla Ancelotti takes the reins from Duncan Ferguson, the picture changes again and no more than Mayo fans or Kerry fans, the devotees of the Toffees will start dreaming of glory again.

It doesn't help that across Stanley Park that Liverpool look as if they are going to finally end their own famine in 2020 but there too, the pressure is building, the tension becomes greater with each and every game, not less as any Dub will tell you after the quest for the five-in-a-row.

It is that capacity of sport to have us all looking forward, and not back, that is so important. It is optimism and hope and belief and as we enter the shortest days of the year, thoughts of 2020 definitely brighten the days!