Finances in a very healthy state as Leitrim returned surplus of over €270,000 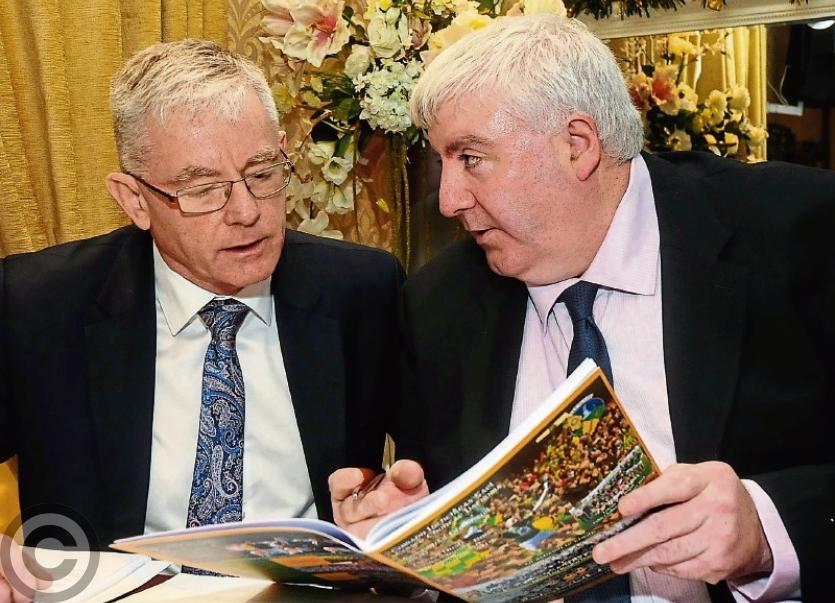 Leitrim GAA County Board recorded an official surplus of over €270,000 for 2019 despite substantial works at the McGovern Aughavas Leitrim GAA Centre of Excellence, delegates were told by Treasurer Martin McCartin at Sunday's County Board Convention in The Bush Hotel.

In a year that saw the long awaited McGovern Aughavas Centre finally be completed and Leitrim teams reach national finals in Croke Park in both hurling and football, the Leitrim Treasurer was able to report a surplus of €274,769 for the year gone by.

With income of €1,758,485 for the year ending October 31, 2019, and expenditure of €1,483,716, Martin cautioned delegates that the majority of the surplus was accounted by donations for the very successful Help Build the Wall campaign for the McGovern Aughavas Leitrim GAA Centre of Excellence.

Martin pointed out that if those figure for the Centre were taken out of the final accounts, the normal operating surplus amounted to approximately €30,000.

Martin also thanked all those who sponsored the activities of the Board with special mention for Tony & Bernadette McGovern adding “It probably is a bit easier to get on board when you have having a little bit of success but our sponsors have never been found wanting.”

The Help Build the Wall campaign brought in €237,847 to go with the €25,784 from 2018 and Martin reported the money is still coming in for the scheme with some bricks still available for sale before Christmas.

Leitrim's share of the National League also went up by more than €6,000 to €40,399, perhaps the result of Terry Hyland's team reaching the Division 4 Final while the massive sales of the new Leitrim saw €58,995 come in from O'Neill's.

Paschal Mooney questioned the drop in Strength & Conditioning costs but Martin replied that there had been a big investment in supplies the previous year and most of the S&C work had been done “in-house” in 2019.

Martin also commended outgoing chairman and secretary Terence Boyle and Attracta O'Reilly, nothing that those who were going to replace them “had big shoes to fill, most people don't realise the amount of work that goes on.”