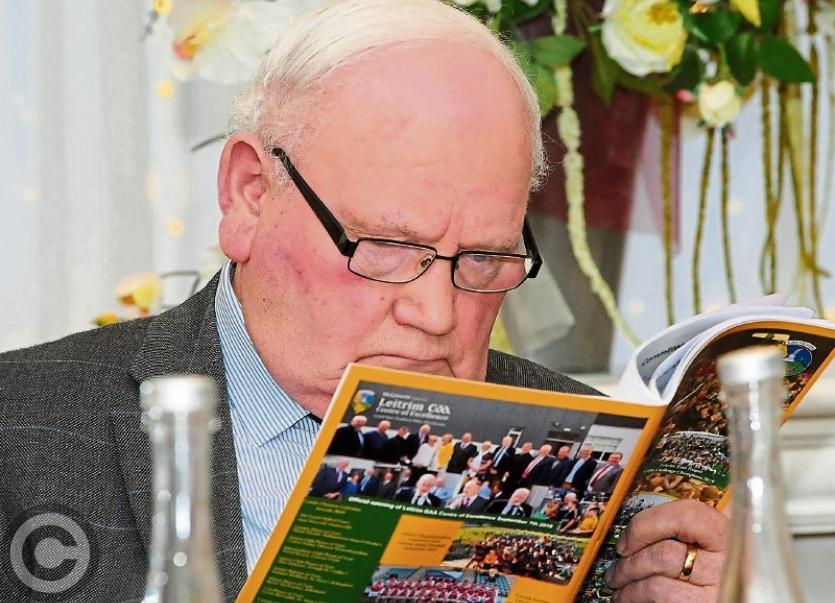 Outgoing County Board President Andy Redican proclaimed Leitrim “the greatest GAA county in Ireland in his final address to Convention.

Addressing delegates before the meeting, Andy termed 2019 an outstanding year for the county and paid tribute to the Leitrim diaspora and Leitrim Supporters Club for the tremendous work they do before finishing with “I believe Leitrim is the greatest GAA county in Ireland - what county can boast of the things Leitrim have done in the past but particularly over the last year.”

Volunteers are being neglected

Connacht GAA Council President Gerry McGovern warned the that the GAA was neglecting the role of the volunteer.

Gerry said that the Leitrim Board were an example of good governance and the developments that were completed with very little debt were an example to the rest of the country.

Calling for more investment into the grassroots, Gerry pointed out that volunteers were running multi-million euro businesses in their spare time and that there should be less emphasis on corporate involvement.

TMO motions get the nod

Two Sean O'Heslin's motions on the use of Television Match Officials and the effect of Hawkeye decisions on referee's decisions were passed unanimously.

Sean O'Suilleabhain said that all they were looking for was clarification on certain issues and the use of the technology and the tightening up of loopholes that exist.

Cloone's Sean McGovern asked about the motion on cards being revoked if play is called back due to hawkeye, pointing out that some player could “flatten someone” and have his card revoked according to the motion.