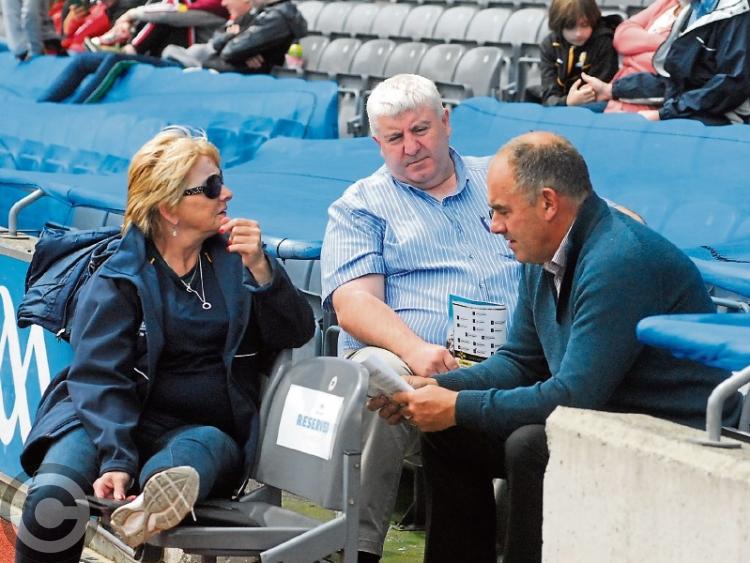 The exploits of Leitrim hurlers in 2019 were recognised by Leitrim GAA County Board Chairman Terence Boyle in his address as he termed it an “historic year” for hurling in the county.

“What a year our hurlers had another historic year following our footballers to Croke Park winning the Lory Meagher final and our U17 winning the Celtic Challenge.

Following on from Carrick hurlers fantastic run in the club championship things looked good for the coming year.

Unfortunately the hurlers didn’t get off to a good start and lost all their league games and first championship game to Lancashire in Manchester but bounced back to go on a run and qualify for the final.

It was another great achievement to reach the final for a second time and what a final it turned out to be with the game swinging one way and then the other.

Things didn’t look as good as when we were three points down in injury time when up popped James Glancy to force extra time and the lads were not going to be denied and claimed a historic victory.

It was fantastic to see a Leitrim captain going up the steps of the Hogan Stand to receive an All Ireland cup and another proud day for me as chairman.

This achievement can never be taken away from them the first adult Leitrim team to win an All Ireland title.

It was great to have the team back in Pairc Sean Mac Diarmada to be presented to the crowd at halftime of the All-Ireland Qualifier game against Clare later that day.

A huge amount of credit must go to all involved for turning their year around.

Thanks to Martin Cunniffe, Michael Coleman, Paddy O’Connor and Hillary and also to Lucia for their huge dedication to the development of hurling over the years.

A huge word of gratitude to Martin Cunniffe who vacates his position as manager and he leaves a huge legacy behind him and it was a just reward for his huge dedication over the years and I want to wish Olcan Conway the best of luck as he takes the helm for the coming season.”

However, Terence does wish to see the popularity of the game expand to other areas throughout the county: “Hopefully the exploits of our hurlers win inspire more of our young players to take up the game and we could regenerate hurling in other clubs as we have only two active units in Cluainin and Carrick and we need more clubs to really develop hurling within the county.”