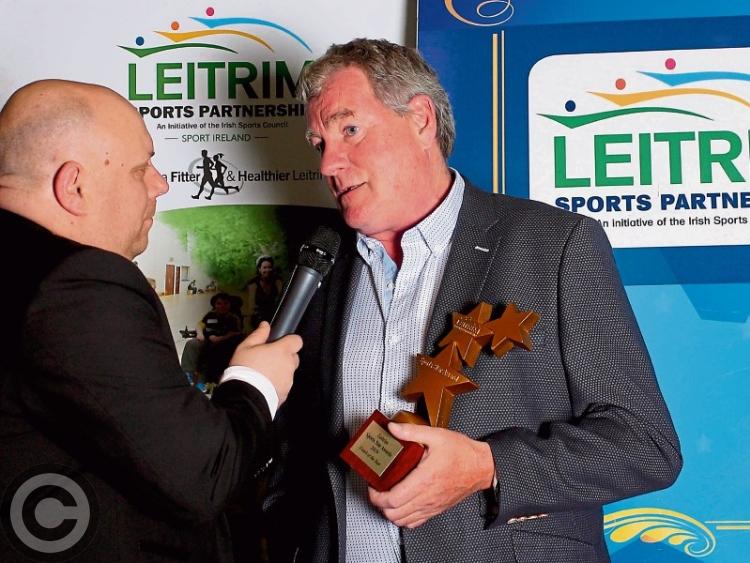 They may be understrength and fielding an experimental line-up but Terry Hyland wants his Leitrim team to lay down a marker for this year's Allianz League Division 3 campaign when the Green & Gold take on Roscommon next Sunday.

The meeting of the two old rivals in Avantcard Pairc Sean Mac Diarmada (2pm throw-in) is normally an end in itself but shorn of ten players, Terry is looking for his players to produce the sort of performance that will yield momentum ahead of what he believes is a daunting League campaign.

“Last year we had a very good first round of the FBD League against Mayo and it was more a psychological marker for our players on the day as much as anything else,” said Terry, “We got a good performance, we didn’t get the result but if we get a good performance out of the lads on Sunday, it will be a big help going forward and the National League is what it is all about.”

“That’s where we are and it is where we wanted to be but if you don’t put your hand in the fire, you’ll never know how hot it is.”

What next Sunday represents for Leitrim's players is a chance to put their hand up for a starting place in the League team and the Leitrim boss is hopeful that some new talent will emerge against the Connacht Champions.

“It is the start of the season, it is a cup game and it is just two weeks away from the start of the National League so it is good from that point of view,” mused Terry when asked about the importance of Sunday's tie.

“We have a lot of young fellas in and that is what you have to do. There is a lot of young lads putting their hands up, lads are working hard but, look, it will take a while to give us a chance to see where they are at.”

Asked if it is a chance for somebody to put their hand up for a jersey, Terry succinctly said “Correct” but then counseled caution and patience for younger players: “Sometimes with young players, you would like more of a balance around them to make it easier for them.

“If you are bringing in maybe three or four fresh lads with 9 or 10 experienced lads around them, it is easier for the fresh lads to perform, that they would have a buffer around them. We won’t have that on Sunday but it is a good experience ahead of the National League.”

But as he always preaches, producing a performance is what Terry asks of any team first and foremost: “We’re always looking for a performance, no matter who we are playing against and that is the most important thing. I always ask that lads go out and do your best and if you get beaten, your beaten.

“But people can’t say that you didn’t try hard or didn’t work hard. It is all about the performance and that is what we’ll be looking from every team.”

l For more from Terry Hyland, check out our website www.leitrimobserver.ie.