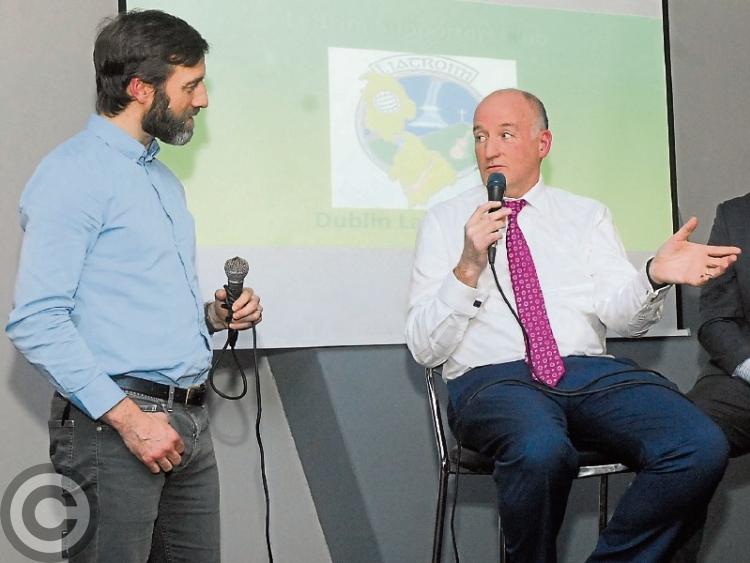 2019 was an incredible year for Leitrim sport with some wonderful highs and a few lows. In the final part of our review, we hear from columnist Colin Regan about his highlights of 2019 as well as looking forward to what 2020 may bring.

Joint accolade here going to the Leitrim footballers and hurlers for their bringing of the Leitrim faithful to Croke Park twice in 2019. The buzz behind the footballers’ league campaign and their connection with their supporters, hadn’t been experienced since the mid noughties. The hurlers dramatic finale in the Lory Meagher Cup will live long in the memory.

Shane Lowry - The Offaly man comes across as one of the most unassuming individuals operating in elite sport. His winning of the Irish Open was a tremendous achievement. To deliver his best performance in years in front of an expectant home crowd in foul conditions is a testament to the steely resolve that lies behind his soft affable exterior. Proof that, sometimes, good guys do win.

The Irish Women’s Hockey team. Their November second- leg sudden-death qualifier victory over Canada was one of the most dramatic sporting events I have ever experienced. They followed up on their 2018 achievement in reaching the finals of the World Cup to make history by becoming the first Irish female team to reach the Olympics. Bravo.

I was fortunate to attend both the drawn and the re-replayed All Ireland football finals and the drawn game was an epic, nerve-wrenching, thriller. It had everything you could want in a match – high drama, contentious decisions, incredible scores, players standing up to be counted when it mattered most, and of course, history on the line. The Dubs triumphed in the end, but Kerry couldn’t have come closer to derailing the 5-in-a-row dream.

The mess that is the FAI. I played a lot of soccer and love the game (not the money- infested beast that continues to eat it from within). Whenever an ego is at work beware the consequences, for the ego is only interested in its own advancement. I know a lot of good people working for the FAI at grassroots level. Unfortunately, the monuments of ego built by those at the top cast the darkest shadow on those at the bottom.

The Healthy Club Project, which I manage on behalf of the GAA, takes a major leap in 2020 with 150 new clubs across the 32 counties coming onboard (several of them from Leitrim). This brings to 300 the number of clubs engaged in the initiative to date. In a nutshell, it aims to helps GAA clubs to broaden their perspective: to become community clubs rather than just sports clubs, committed to working with people not just players, and dedicated to becoming hubs for health in their communities.

Sligo and Grange native Mona McSharry - McSharry won 50m breaststroke bronze at the European Short Course Swimming Championships in Glasgow this year and went agonisingly close to another medal in the 100m breaststroke final (finishing just .04 outside the medals). This came on the back of an Irish record smashing career at junior level, the highlight a gold medal in the 100m breaststroke at the World Junior Swimming Championships in 2018. The 19-year-old has a great attitude and has demonstrated a level head and unwavering commitment to her sport since taking up swimming lessons at the age of five following a near-drowning experience in a pool whilst on a family holiday.