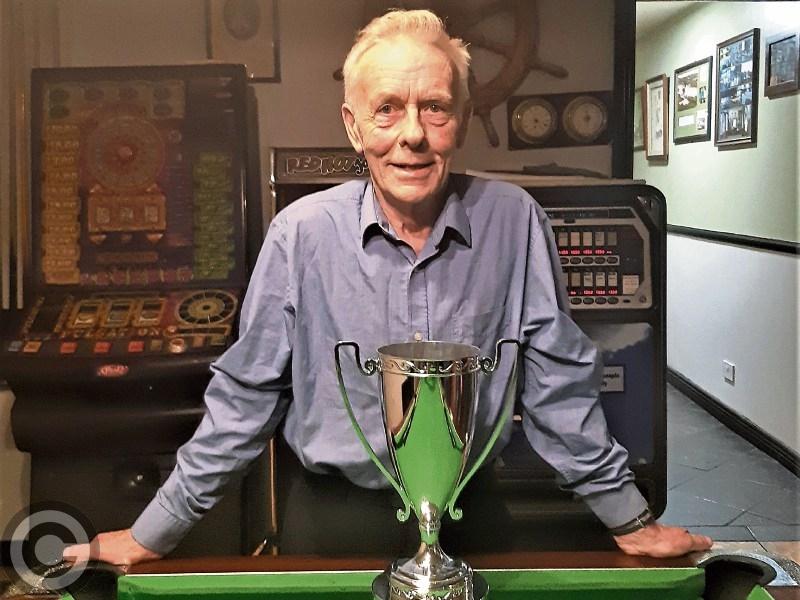 On Saturday December 21, Liam Shanley was honoured for his 23 years dedication to the Leitrim Pool Association in Gerties Bar, Keshcarrigan.

On the night, Gerties A team were playing their B team in the Leitrim Pool pub league and it seemed fitting to have a surprise unveiling this night.

Liam was one of the co-founders of the Leitrim Pool Association back in 1997 and ever since Liam played a huge role in the running of the association from organising tournaments to reffing team matches.

Liam was the Under 18 manager for years, coaching underage players and recruiting new players, bringing the young players around the country to different competitions. Liam spent a lot of time training the underage players throughout the years in a variety of locations from the pool hall to Dromahair and Club F.

Liam acted as the PRO for Leitrim Pool for several years writing reports and advertising the game.

Leitrim Pool would like to thank everyone who came out to show their appreciation to Liam as well as the kind comments on Social media, Liam was completely caught by surprise on a night he thought all that was happening was a Pub League game.