County team spending has gone out of control claims McGovern 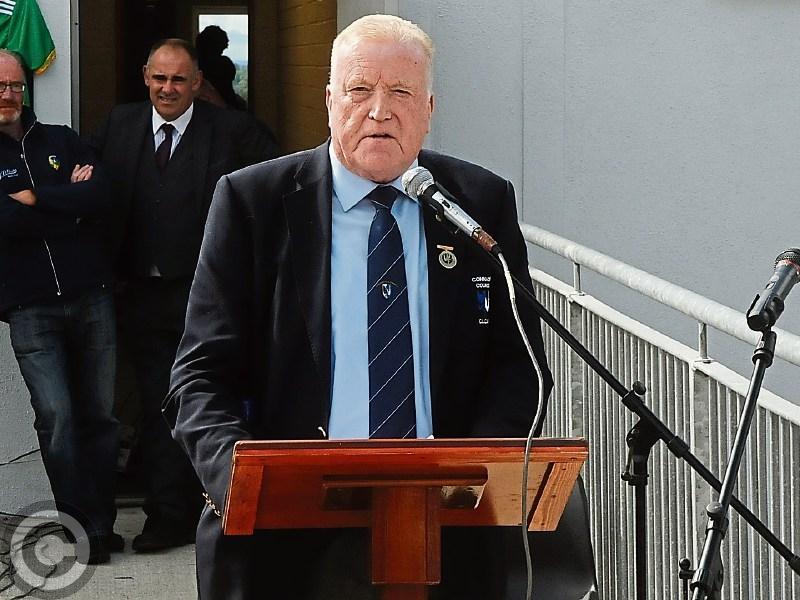 Connacht GAA President Gerry McGovern, pictured at the opening of the McGovern Aughavas Leitrim Centre of Excellence, has called for inter-county spending to be curtailed Picture: Willie Donnellan

The out of control spending on inter-county teams must be curtailed according to Connacht GAA President Gerry McGovern as a matter or urgency.

In his president’s address at last Thursday’s Connacht GAA Council Convention, the Cloone native highlighted the figures spent on preparation for county teams and stressed it is an issue that must be tackled "before this out of control machine crashes."

In his address Mr McGovern said: “having read reports from county conventions all around the country, it is apparent that the expenditure of county team preparation is totally out of control to an extent that it cannot be sustained.”

Issuing a stark warning, Gerry said “Act now before this out of control machine crashes. Collectively the figure spent on intercounty teams in the last year is in excess of €30 million, with some counties spending well over the million mark. This cannot continue.

“Why are we so obsessed with spending millions on intercounty teams when there is very little evidence that expenditure of this nature has brought any county nearer to winning an All-Ireland?”

Outlining one way in which this issue could be resolved he suggested: “In order to address this problem County Boards need assistance and support from Croke Park. I’m suggesting that budgets for the preparation of each Inter- county team should be subject to the approval of the National financial management committee in Croke Park.”

In his wide ranging address, Mr McGovern, , who was elected to the position of Connacht Council president in January 2018, also spoke critically of the role played by managers, saying training regimes that are put in place from November until teams exit the All-Ireland championship are having serious consequences.

Mr McGovern continued: “this has a detrimental effect on our players, to the extent that players are not enjoying their game anymore. Why are so many top intercounty players opting out?

“Why are young and prospective players declining the offer to be part of the Inter County Panel? They feel that the exhaustive commitment placed upon them is not worth it.

“The players themselves are saying ‘scale it back, commitment, time and professional standard setting, has gone too far. Enjoyment is leaving the game.’ Others are asking ‘that it becomes more enjoyable again and less of a non-stop chase’.”

Mr McGovern also warned against the dangers of “elitism” and while he has welcomed the introduction of a tier-two All-Ireland championship he expressed the belief that there is room for even further change.

“While there are murmurs of dissatisfaction out there to the two tier competition, I believe two tiers is not enough, but I’m happy it is a good starting point. I hope it will be marketed sufficiently to make it attractive for the counties who will participate.”

Mr McGovern also touched on a topic that is once again relevant as a new sporting year gets underway as players, managers and spectators come to terms with this year’s rule changes with quite a lot of debate.

Speaking about the changes to the laws of the games, Mr McGovern warned caution must be exercised when he said: “We must resist the requests for new rules to change the pattern of our games.

“Why do we have to change our rules so often and incorporate rules in our game that are borrowed from other sports? These rule changes continue to confuse players and supporters, alike and are extremely difficult for referees to implement.

“Leave our rules alone because when implemented properly the rules of gaelic games have served us well.”