WE NEED TO BE MORE RUTHLESS

Bleak weekend for county as Men's Senior & U20 footballers, hurlers and Ladies team all lose 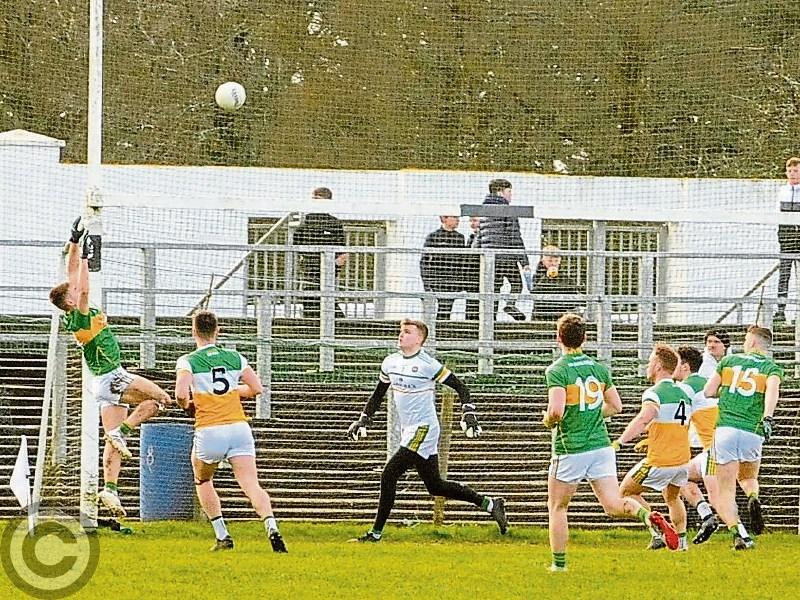 The 2-16 to 0-14 loss to the midlanders capped off a tough weekend for the Green & Gold as the U20 footballers were completely outclassed by Galway in Elphin on Saturday, managing just one point in either half on their way to a 1-12 to 0-2 defeat in the Eirgrid Connacht U20 Championship Semi-Final.

Leitrim hurlers saw their Allianz NHL Division 3B hopes take a big hit when they suffered a 2-17 to1-15 loss to neighbours Sligo in Markievicz Park, a result that means they must beat another old foe in Lancashire next Sunday in Avantcard Pairc Sean Mac Diarmada (12.30 throw-in) if they want to reach the Division Final.

Finally, Leitrim ladies suffered their first defeat of the campaign on the far side of the country when Louth prevailed in Carlingford on a 1-14 to 2-10 scoreline, an injury time goal from Muireann Devaney not enough to stop Hugh Donnelly's team from losing for the first time in this campaign.

But it was the defeat in Carrick that cuts most and leaves Leitrim's survival hopes in Division 3 hanging in the balance and manager Terry Hyland bemoaning the team's inability to make the most of the chances they create.

“The funny thing is that we have started strong in the first ten minutes of the second half in all the games we've played, it has been good for us. It is after that period that we fade out of games, perhaps because we’re not putting gaps between ourselves and the teams that we are dominating.

Leitrim's manager also revealed that he believes the Green & Gold are playing better football this year than what they produced to gain promotion from Division in 2019!

“If you asked me out straight if we are playing better football than we played last year, I would say yes. Have we cut down on the numbers of errors, when we look back at our statistics, I would say yes.

“Unfortunately when you are playing against better quality teams, you get punished far more. When you are in Division 3 or 2 or 1, you have two things to play for - number one is to get promoted, number two is to stay in it.

“When you are in Division 4, there is only one thing to play for and that is to get out of it. You have to balance that, every team is grafting hard for points, either to stay in it or get promoted. That’s why the games are that little bit more intense.”

For more reaction from Terry Hyland and reports from all last weekend's Leitrim games, see this week's Leitrim Observer