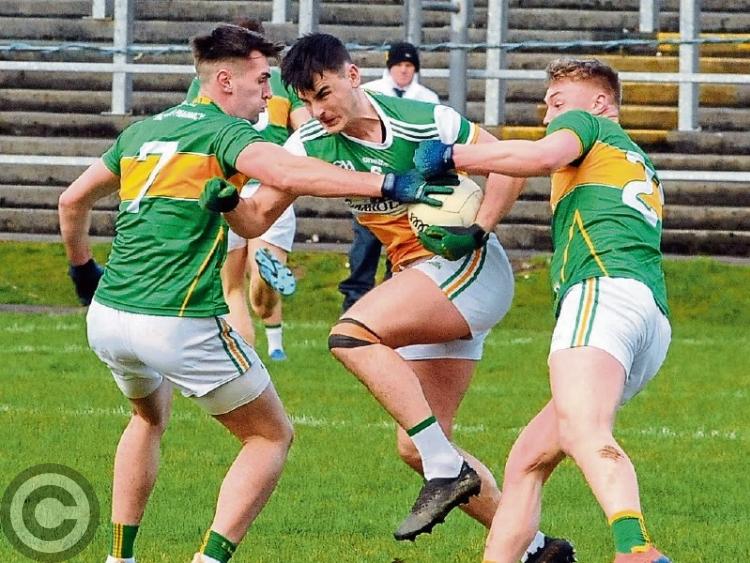 The differences between Division 4 and Division 3 of national league football are subtle but devastating.

Some of the more tangible and obvious include the need to convert a higher percentage of scoring opportunities (better opposition will); the increased likelihood of being punished for mistakes; the importance of strength and conditioning in both attack and defence; the need for greater team cohesion in both thought and action; the necessity of winning a high percentage of your kick-outs; discipline; the ability to influence the ebb and flow of a game even when you’re not in a period of dominance.

For the duration of this column, however, I’m going to focus on time. Time is relative. The difference in time one gets on the ball in Division 4 and Division 3 is barely perceptible to the supporter in the stand, but for a player it requires an entirely different thought process.

Gone are the opportunities to dwell on a ball, even for a second. If you find yourself taking a moment to decide what you are going to do you will be tackled hard, and most likely dispossessed.

You must learn to make time through space. This requires enhanced spatial awareness both from an individual and team perspective. This is equally applicable to players without the ball. They have a huge role to play in creating time for the man in possession.

Their work off the ball will also dictate the options that player has – the more available options the less time one needs to dwell on decision making. To embed such a mindset and allow it manifest as behaviour in game situations, in training time must be rationed and treated as a luxury item.

Failure to operate at sufficient speed levels in both thought and action results in turnovers, isolated men getting caught in possession, sloppy passing (when under pressure), an increase in 50-50 passes, fewer scoring opportunities, and struggles with kick-outs (both defensive and offensive).

Time works both ways. As you rise through the divisions, you must also work harder to limit the time available to your opponents. But in a smart way. The high press can’t be executed for the duration of any game.

Even the best proponents – see Mayo teams of 2013/16/17 or Dublin any year over the last five – choose certain periods within a game’s dynamic to apply that level of pressure high up the field.

Longford, in the second half of the game in Pearse Park, demonstrated a superior understanding of this to Leitrim. At certain times they let Leitrim have the ball (where they felt they couldn’t do any damage). At other times they pounced with devastating effect.

Longford have been punching above their weight since winning Division 4 and Division 3 back to back in 2011 and 2012 respectively. Experience can’t be manufactured. Some of Leitrim’s experiences in Division 3 to date have been discomfiting, but lessons must be taken from them. While painful at the time, if treated as a learning opportunity you can often learn a lot from a defeat.

Time is also relative for supporters. While those who travelled with expectation to the Offaly game will have left disappointed it will be nothing compared to how the team and management will have felt. That is because the valuable time you gave up on Sunday to support the team is a grain of sand in an hourglass compared to what these lads have been putting in over the past number of months.

Stick with them. There is solid backing in the county for this team – a genuine desire for them achieve the potential we all recognise. They are a group on the cusp of taking things to the next level. I genuinely believe that. But it will require lifting their performances to an even higher level. A level that is within their reach.

Sunday was a major blow to their ambitions of retaining Division 3 status, but a win could work wonders for their confidence (which has taken a blow). The game against Louth on Sunday couldn’t come at a better time. Now is the time to act.