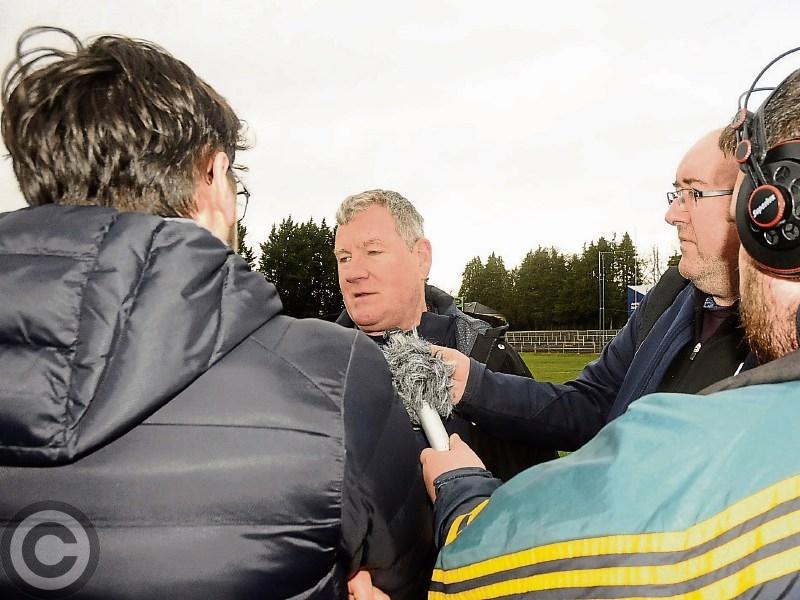 Wary about commenting on referees, Terry Hyland did admit he was bemused by the decision to send off Shane Quinn last Sunday.

Asked if he felt that Offaly's first goal might have been a square ball, Terry said “I don’t know. The referee called one we had in the first half when we went to put it across and he called it before the ball was even nearly punched, I just don’t know.

“The Offaly player was standing very close to the post but whether the player on the far side was coming in on the square before he passed it, I don’t know.”

When it came to the dismissal of Shane Quinn, Terry said “Again, I don’t know - what I saw was Shane Quinn had been fouled and he got the free. The Offaly player didn’t let him take the free and he put his hand down and pushed him away and that looked to me to be the sending off.

“Whether there was more to it than that, I don’t know but that’s what it looked like to me. We have seen it in several games all year where it has been the aggressor who hasn’t been punished but the guy who pushes back. I just don’t know whether there was that much in it or not, it didn’t look that bad.”

Asked if it was harsh, Terry said “You have to judge that, I get clamped in irons if I say anything against referees. There were a few occasions when I felt he could have maybe let the play run for us and he didn’t, calling the play back to give lads cards. There was probably a goal opportunity near the end when he called it back. They are referee’s calls as they see it and technically, they are all working within the rules and that’s it.”