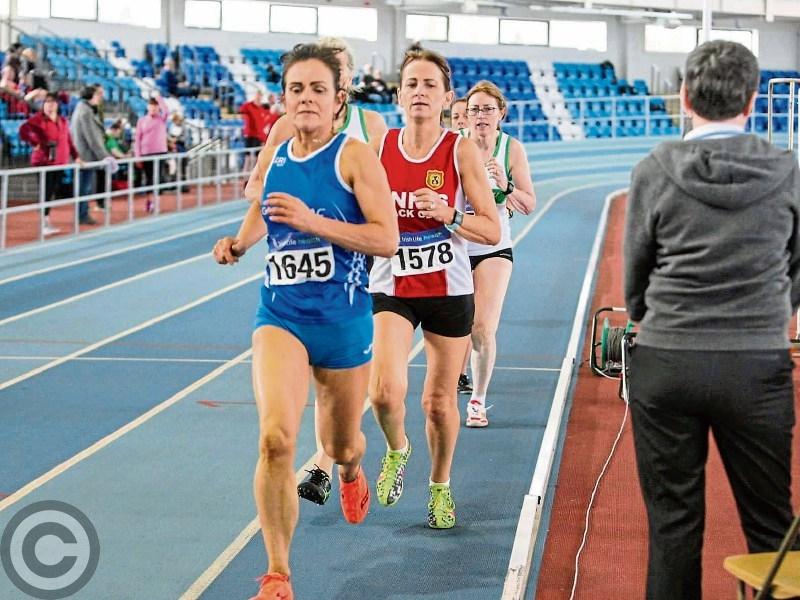 Leitrim athletes had another successful weekend with great performances in Athlone and Raheny.

Carrick AC's Ann Wynne was the headline act for Leitrim at the Irish Life Health Masters Indoors in Athlone on Sunday as she won both the W50 800m and 1,500m titles. Ann claimed gold in the 800m by by less than half a second in a time of 2.40.46.

Ballinamore AC's Colin Griffin continued his fine exploits on the roads with a third place finish at the Bohermeen Half-marathon at the weekend, clocking an impressive 69.25 while there were local wins for Clive Glancy (10K) and Declan Kennedy (2.5K) at the very popular Tony McGowan Road Races last Sunday in Drumshanbo.