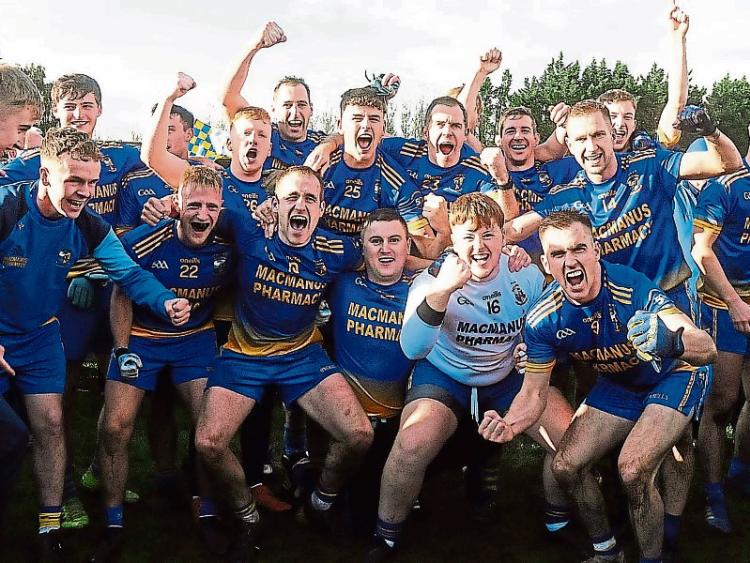 This is the first time I've previewed the Connacht Gold Leitrim Senior Championship and wondered if every team could conceivably believe they have a shot at glory?

Below we take a brief look at Saturday's games, all of which throw-in at 6pm:

In a devilishly tough group, some believe this game could decide who makes it into the playoffs and who doesn't. Neither team would particularly like to hear that though!

The two teams are strikingly similar. Both are building on dominant underage teams, Fenagh may be a year or two further along but there is no doubting the huge talent coming through both ranks.

Both teams had players littered all over the County U20 team earlier this year but Oisin McLoughlin looks like a gem in the making. It will be interesting to see how Fenagh accommodate an attacking trio like Ryan & Riordan O'Rourke and McLoughlin - it is a dilemma a lot of teams would like to have.

St Mary's will be looking to the continued emergence of Paul Keaney, Diarmuid Kelleher, David O'Connell, Mark Diffley to name but a few but it is still likely to be the likes of Ray Mulvey, Conor Farrell & Nicholas McWeeney who decide St Mary's fate.

Mary's had a very disappointing exit in last year's Quarter-finals and will be determined to make up for it. Their underage structure has been churning out winning teams for the past number of years but Fenagh were there a year or two ahead of them.

On past form and history, St Mary's would get the vote here but I'm not too sure here. Fenagh have as good as an attacking threat as there is in the county. If they break even in midfield and can hold firm in defence, they might just spring a surprise here.

This is the game of the weekend, no doubt about it - a clash of the 2019 League champions and the defeated County Finalists who ended Mohill's reign as champions.

Both these teams are burning with the thought of what might have been last year. Both looked potential winners but Mohill felt they didn't show up for their four point semi-final loss to Ballinamore.

For O'Heslin's part, the regrets and recriminations over their County Final loss obscures the fact that they just never got going on the day. The power, pace and verve of their attacking that carried all before them deserted them in the final, maybe nerves getting to them as just the wrong time.

They'll be determined to put this right this year but they will need another big year from some of their veterans. It won't be just as simple as picking up from where they left off last year.

Mohill's form was complicated by injuries last year but there is no doubt that with a full hand, they have the players and the ability to regain the Fenagh Cup. The form of Keith Beirne for the County side earlier this year before the lockdown was definitely a boost but no doubt Ballinamore will have plans for the marksman.

If Ronan Gallagher and Danny Beck are back, this veteran pair have a vital leadership role but the big question is marrying the emerging Jordan Reynolds, the Harkin brothers & Fiachra McGuinness with Oisin Madden, Keith Keegan, James Mitchell & Caillin Canning. Do that and the League champions are going to be very hard stopped.

There is no form to speak of so predicting a winner is complicated. Neither will want to concede an inch but with four teams qualifying, a loss wouldn't be overly bothersome either. It will be tight and close, maybe even close enough to be a draw?

If there was one team you didn't want to come up against in your first ever Senior championship outing, I'd reckon Melvin Gaels must be somewhere near the top of the loss. But that is what is facing Leitrim Gaels next Saturday.

There will be huge, and quite justified, excitement in Leitrim for their Senior debut but controlling that excitement will be part of the task for Mal Guckian. The occasion is important but they can't let it become bigger than the match.

Physically, Leitrim are a match for anyone and in last year's League game, there was only two points between the teams but the Kinlough men are past masters at coming alive for the championship and this is a game they will be targeting.

The north Leitrim men beat Glencar/Manor last year in the group stages but couldn't reproduce that form in the semi-finals against their neighbours. But their clinical destruction of St Mary's in the quarter-finals shows just what they can do when they are on top form.

On paper, you have to go with Melvin Gaels but with Aidan Flynn, David Bruen, the Moreton brothers and Stephen Goldrick in their ranks, you have to think Leitrim Gaels can cause a shock here.

Champions Glencar/ Manorhamilton make their championship bow with new management and perhaps some new faces. Talk after their stunning victory last year suggested some of their legends were considering hanging up the boots and if that turns out to be true, it'll be a huge loss for the champions.

A bigger loss will be the departure of manager Shane Ward who did a great job last year, so big boots to fill there and there will be more than a few wondering if Manor are there to be taking? Then again, we've been wondering that for a few years and each and every year, they come back and reach the final. Don't write them off.

For Allen Gaels, the sight of Glencar/Manor will bring back memories of an horrendous quarter-final hammering last year when the north Leitrim side scored a humiliating 6-16 to 2-4 victory.

In lots of games last year, the Drumshanbo men mixed it well with some of the big guns but when the wheels fell off, they did so spectacularly. The talent is obviously there but performing for the full 60 minutes will be the first priority for the Gaels.

Reports suggest the Gaels are going well and playing at home is an advantage and the Drumshanbo outfit showed enough sparks of potential last year that if they can fan those flames, they could just take fire in the championship.

Glencar/Manor get the vote but Allen Gaels will need to make a statement here. Closer than you'll expect.