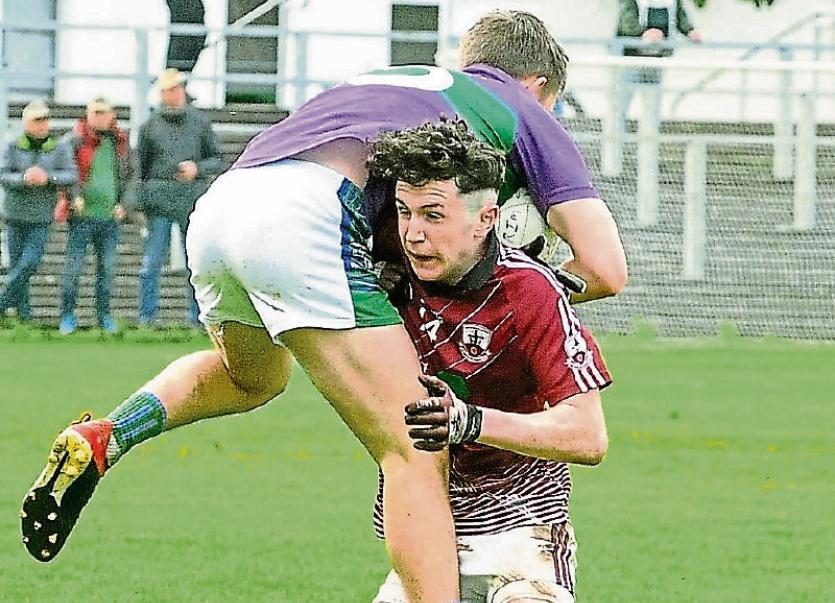 Action from last year's Smith Monumentals Intermediate Final - who will triumph in 2020?

The Smith Monumentals Intermediate Championship has always been harder fought that the Senior grade but this year, it is just crazy.

The cull of four teams, three of them first string, and the drop down of Gortletteragh, St Patrick's Dromahair and Aughnasheelin, make this a true dogfight with no clear favourite.

Below we take a brief look at the contests this weekend (With the exception of the clash of Kiltubrid and Annaduff, all games take place on Saturday at 7pm):

Ballinaglera have been pushing hard for glory in the Intermediate championship the last few years and they must have watched enviously as Drumkeerin, their conquerors, went so close to glory last year.

The north Leitrim men won't take Bornacoola for granted either - a draw in the last round robin game last year enough to remind Ballinaglera of the danger. Yet you still feel that they are genuine contenders for the title this year.

Bornacoola are another enigma as the last of their great noughties team is departing the scene. They haven't been able to replace these warriors and the reliance on Damian Moran was all too evident last year when the county man suffered an early season injury.

They have some good young players coming through but what they were lacking last year was experience and strength. That will come with time but it come soon enough for this year? A draw, just like last year, is not beyond the bounds of possibilities but if pushed, I'd give the nod to Ballinaglera.

This could be the game of the weekend in the Intermediate grade but it's fair to say there are a lot of other games that could take that title.

With the way the year has been so far, the enigma that is Eslin is an even bigger enigma than normal. With no form to speak of, how do we judge this mercurial team? They seem to be getting big numbers out training and if Conor Beirne, perhaps the most lethal forward in club football, gets enough quality ball into him, they have a real chance.

Drumkeerin suffered yet another final heartbreak last year and their resilience and spirit in coming back year after year is remarkable. Their big challenge year to year has been holding onto players but if they can, you can be sure they'll be contenders and they have the experience and desire to go one step further.

Drumkeerin held Eslin impressively last year in the quarter-finals, winning by ten points and you have to give them they nod here again.

Annaduff look like a team on the move - their growing population and experience of reaching the final two years ago means they should be among the favourites. Last year's experience will have hardened their resolve as, after an unbeaten run in the group, they never truly got going against a Leitrim Gaels team who negated their strong points. If they can learn from that experience, Karl Foley's team are well armed for a tilt at the title.

Kiltubrid are in the midst of a rebuilding campaign as the last of their great team of the noughties are slowly leaving the scene. Whatever they lack, it won't be spirit as they recovered from losing their first two games last year in the group stages to win three on the bounce.

This is an interesting encounter: Annaduff are missing a few from last year's team but they may just sneak past Kiltubrid here.

Saturday evening's clash in Gortletteragh is an intriguing meeting of two teams who have battled it out at senior level in recent years but now find themselves back in the Intermediate ranks.

For Gortletteragh, relegation was traumatic as they lost the playoff against Fenagh by six points after they had beaten them by a point in the group stages, their only win of the campaign. With their history and talent, they will feel they are as capable as anyone of winning this title. The young group that came through a few years ago should be in leadership positions now and they need to take ownership of their team.

Dromahair are similar to Gortletteragh in that they are relying on younger players to step up and replace the stars who carried the north Leitrim men for so long. It is hard to know what to make of last year's campaign as they almost seemed resigned to relegation from a long way out.

With four teams qualifying, this may not be a hugely crucial game but I feel Gortletteragh will probably have the edge here.