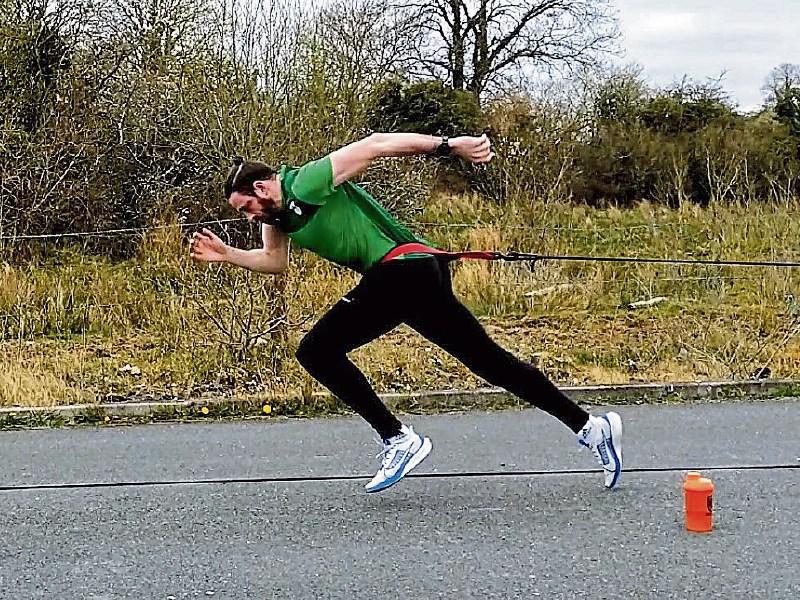 Now back at his Dublin base, the Carrick AC international is looking forward to the resumption of a much curtailed outdoor season after he lifted the indoor 60m hurdle title at the end of February.

That victory came just weeks before the Covid-19 Lockdown but instead of chasing fast times in pursuit of Olympic and European Championship Qualifying times, the roads of Carrick-on-Shannon became Gerard’s track.

“It has been tough,” Gerard told the Observer, “We were all in good shape after the indoors and you wanted to capitalise on that and build for the Summer but once the tracks closed, once the gyms closed, you had to come up with a few ideas straight away.

“When I was in Dublin, there was a park there beside me to work out and do certain sessions at eighty-ninety percent of what I would have been doing on the track. Then I had to pull back down to Carrick for eight or nine weeks and that really changed things because there wasn’t even a decent patch of grass to do sessions on.”

No more than the footballer preferring a good dry sod and short grass, the right training surface is critical so going from pristine tartan to the tarmacadam or concrete paths and roads of Carrick is literally a huge impact!

“Changing to the roads meant I could do things quite fast but the impact on the body was a bit more severe, I definitely found that. Even the first day back on the track, I don’t know what session I was doing and the track in Santry is rock hard but the difference doing strides on the track and on the road, you feel so much faster straight away.

“My calves were suffering a little bit from the road, this is my third week back on the track and finally I am trusting my calves to put on spikes and do some decent work.”

The struggle was felt financially with Gerard forking out €600 to ensure he had the weight training equipment he needed to maintain his strength & conditioning training programme in the back garden and driveway of the family home.

The other side of the equation is mental - no more than the footballer missing his teammates, Gerard was without the camaraderie of his training partners and all the technical insights of his coach Jeremy Lyons in Morton Stadium in Dublin.

“Trying to keep yourself motivated is the hard part of it; you’re in isolation for your training as well as your daily life so things can become tougher, more stressful. A lot of people, even individual athletes wouldn’t be used to training on their own.

“It was great to be back and just to be meeting people again in the last few weeks, you mightn’t be doing the same session but you have a bit of a social life again. To be meeting coaches again, for them to keep an eye on your technique and give you a bit of guidance means that you’re not stuck in your own head the whole time.” 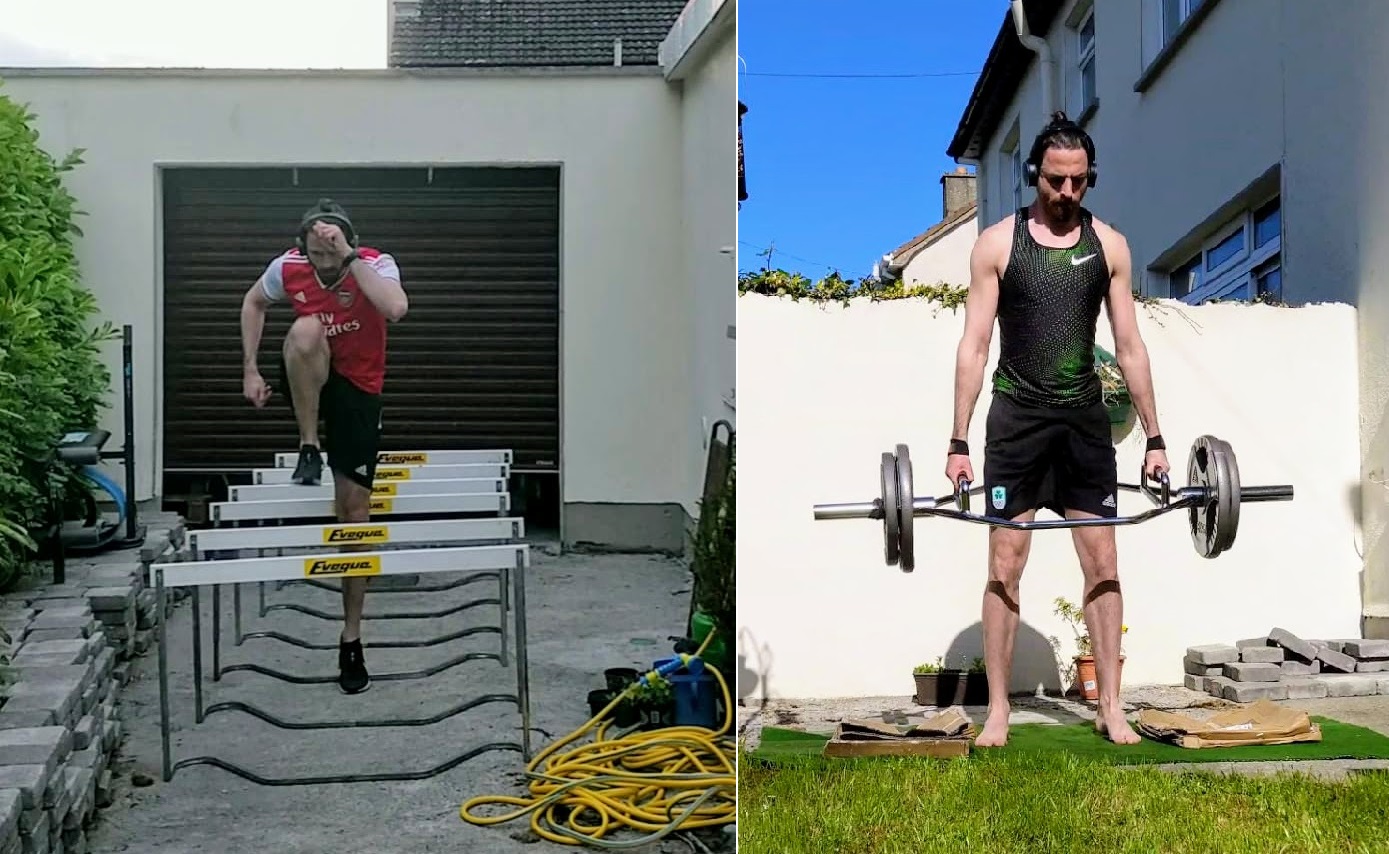 Training by yourself might help the athlete toughen up mentally but Gerard is worried the enforced solo training routines could have some unintended consequences: “Some train on their own or just with their coach but just doing everything on your own for six or seven weeks is a whole different challenge.

“It probably will stand to a lot of people if they got through it in one piece, they will be better athletes for it. But I know a lot of athletes have decided to can it for this season and some may not come back at all, some who have been completely unmotivated and maybe some athletes coming towards the end of their careers, they may decide that this is as good a time as any to pack it in.”

Athletes will be back on the track next Wednesday at the Dublin Graded meeting, the event sold out in hours but Gerard reveals his expectations have changed: “For myself, once the Europeans were cancelled, that was a big blow and they’ve been cancelled completely, they’ve not been rescheduled for next year.

“There is not much to get out of this season and with my injury record, I was kinda ‘right there is not much point in flogging myself here” and doing more damage just for the sake of a few domestic races. The aim would be to keep my powder dry a little bit and try for a big indoor season next year, work on weaknesses and try and get a bit stronger for a push at the Olympics next year.

“Nationals is the only race I’m really focussing on, I’m not worried about running a personal best this Summer, it would be a shock if I did. I wouldn’t want to be chasing really fast times and putting my body at risk without the reward of international competition at the end of it. I do want to run well at the nationals, it would be a nice way to cap things off this year and get back to some sort of normality for the indoor season.”

Even finding hurdles races will prove difficult as regulations state that all equipment must be cleaned before and after use so a 110m hurdles race with eight lanes and ten flights of hurdles means an awful lot of work for volunteer officials.

“There is a season on the horizon and hopefully those who have got a bit of work done are getting back into groups to get themselves ready. In terms of the season, I will keep it fairly short. I don’t know what events will have hurdle races on because the hurdles all have to be washed down and sanitised.” 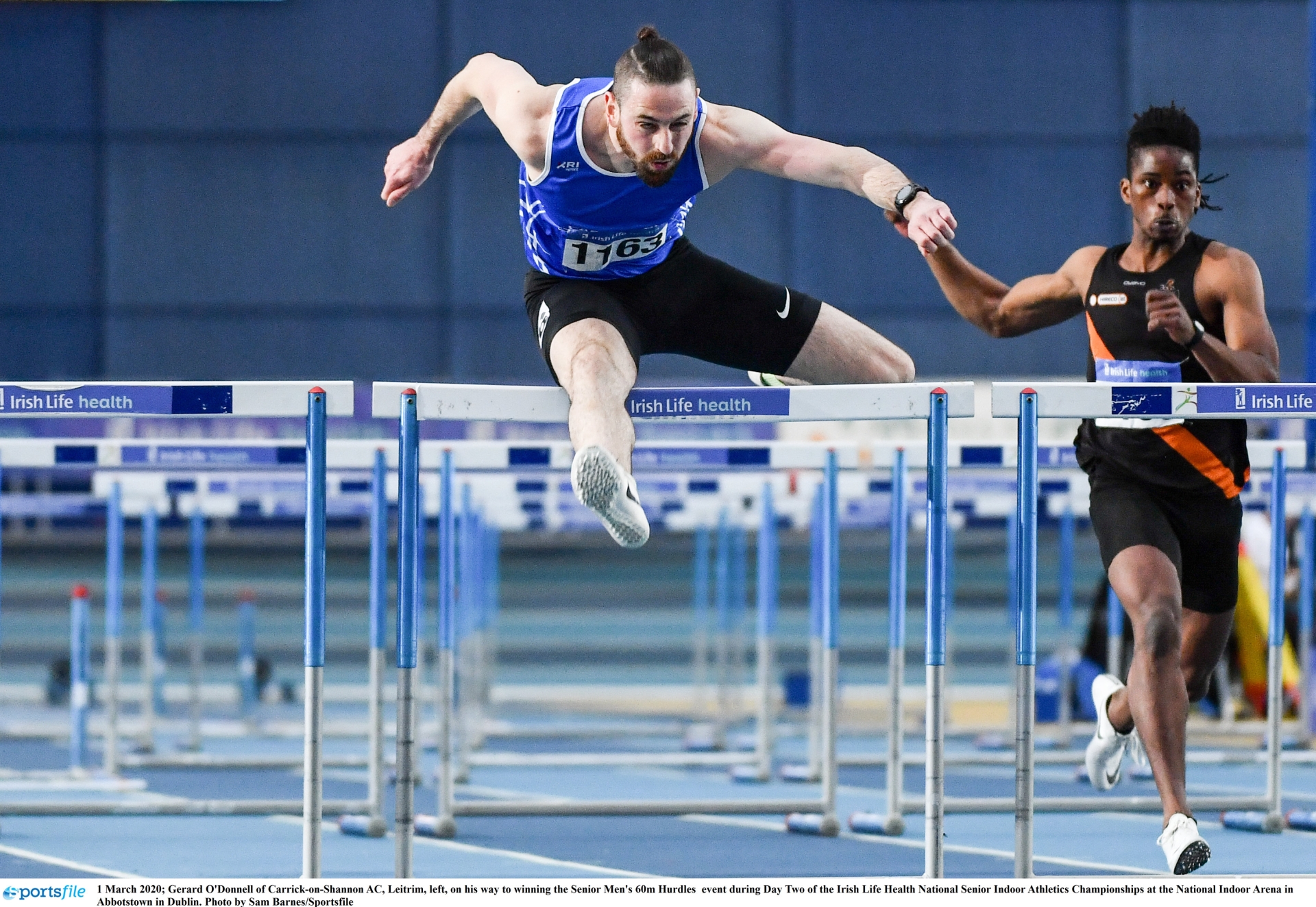 But for all the obstacles that have to be cleared, something you imagine Gerard is quite good at, you get the feeling that the Leitrim athlete is really looking forward to the season, truncated as it may be: “I don’t think I’ve spent that amount of time off the track in the last ten years.

“I did a big hurdle session there last Saturday and it was a bit like the indoor season, once my coach Jeremy got me going, it was ‘let's go, straight back into normality’. He put out eight hurdles for a big session and it went well I must say.

“I think having a competition season is a little more important for athletes, athletes who train all the time just for the sake of getting some races in Ireland. They’re not worried about winning national titles or getting on international teams but you’d be in danger of losing those athletes if there were no competition for them this year.”