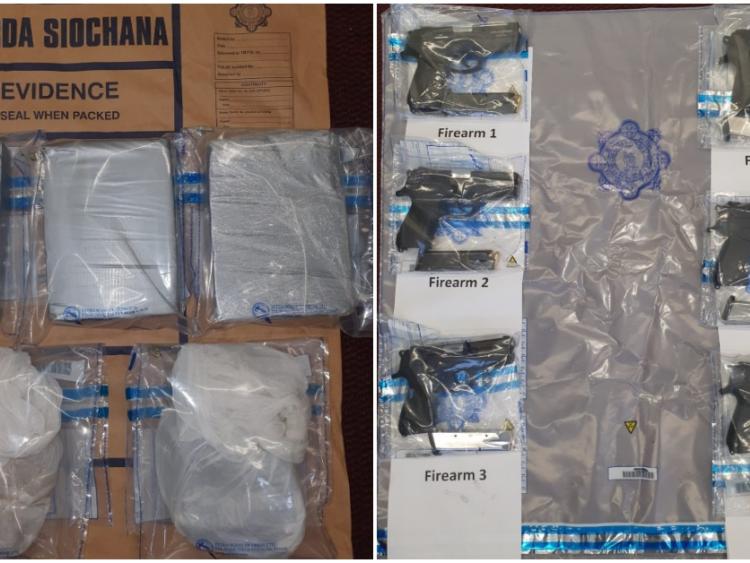 Gardaí have seized €301,000 of suspected cocaine and heroin and six handguns during searches of a residence in Mullingar, County Westmeath this morning and yesterday evening.

The search of this residence, which follows a lengthy surveillance operation targeting persons involved in the sale and supply of drugs in the Midlands area, was carried out by Mullingar Gardaí attached to the Detective and Drugs Units and assisted by the Armed Support Unit and the Garda Dog Unit.

Two men (early 30s and late 20s) were arrested at the scene. They are both currently detained at Mullingar Garda Station under the provisions of Section 2 of the Criminal Justice (Drug Trafficking) Act 1996.

A follow up search of the residence was carried out this morning, Tuesday, November 3, where six handguns were seized by Gardaí and will be sent to the Ballistics Unit for analysis. 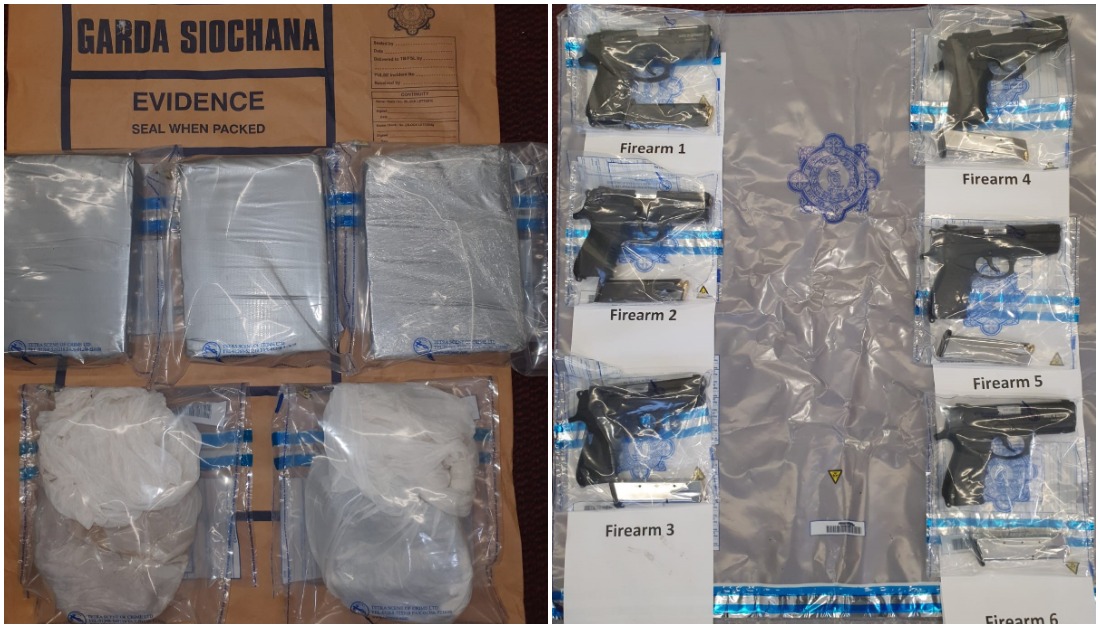