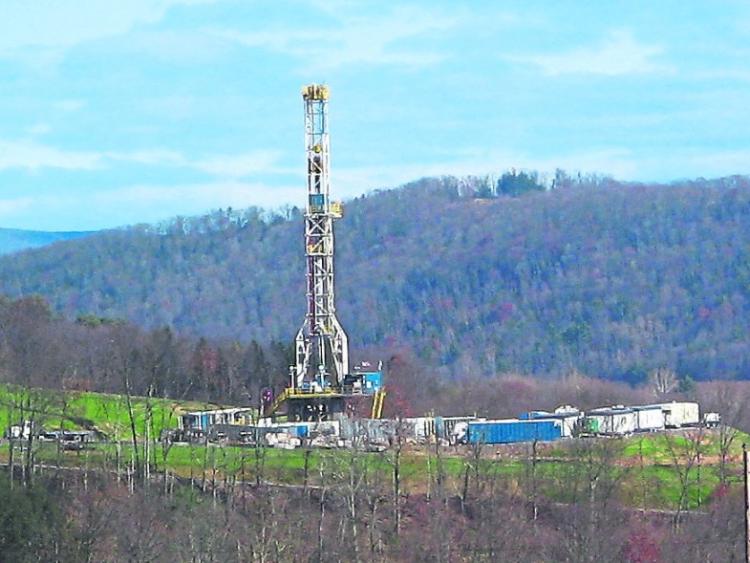 Anti fracking community groups in the border region are calling upon the Northern Ireland Executive to adopt a moratorium on the issuing of petroleum licenses before Stormont closes for the Christmas period.

There is a strong belief amongst many campaigners and some politicians that Brexit and the associated Internal Markets Bill may result in Westminster overruling the wishes of people in Northern Ireland in relation to a number of important issues including fracking.

Community groups in the border area are concerned that if a moratorium is not adopted before the end of the year and that if licenses are issued to the oil and gas industry then it will be much more difficult to stop the possibility of fracking taking place post Brexit.

Groups have launched an online letter campaign to MLAs urging them to push for a moratorium on petroleum licensing at the Northern Executive before Christmas.  Chairperson of Love Leitrim Jamie Murphy , one of the groups behind the campaign said "The threat of fracking has not gone away and people across Northern Ireland and the Republic are very much still at risk. The oil/gas industry is still actively trying to gain a foothold in communities despite the global climate crisis and the well documented need to move immediately away from fossil fuels.

There is an overwhelming volume of peer reviewed scientific. It makes no sense to even consider these applications. The Executive has it within their power to adopt such a moratorium on licenses. By doing so this will also be implementing the will of the Assembly who supported such a call in October. There are a broad range of people making this call including Love Leitrim, Border Communities Against Brexit, Belcoo Frack Free, Fermanagh Fracking Awareness Network, Friends of The Earth Northern Ireland and others.

People can contact all MLA's via this easy and quick to use online system.
https://actionnetwork.org/ letters/emergency-fracking- threat-in-northern-ireland