110 new jobs to be created by Huawei in Ireland 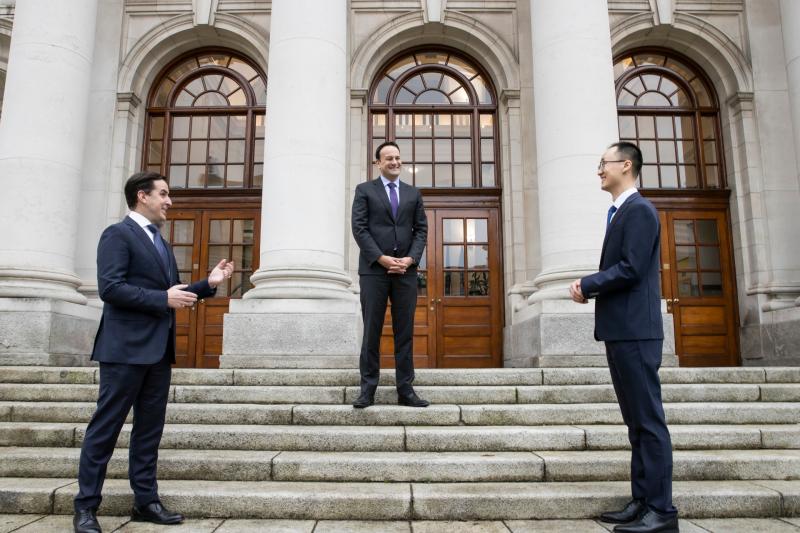 Huawei today announced it would create a further 110 new jobs in Ireland by the end of 2022, bringing to at least 310 the total of new jobs it will have added over a three year period from 2019 to 2022 – more than doubling its workforce in that time. Huawei will invest €80 million in Irish research and development (R&D) over the next two years to support its growing business in Ireland.

The new jobs will meet sustained growing demand for Huawei’s products and services across its sales, R&D, IT development and in its consumer division.

The company has a strong focus on helping its business partners roll out 5G across Ireland in coming years.  The jobs will be mainly based in its Dublin headquarters and across operations in Cork and Athlone.

Minister for Trade Promotion and TD for Longford-Westmeath, Robert Troy, welcomed Huawei’s jobs announcement and its continued investment in Athlone.  Huawei opened its first Irish R&D centre in Athlone in 2011.

Minister Troy said, “This is a further endorsement of the skills and potential of the midlands. Despite all the challenges we have faced over the past year, Ireland has demonstrated itself as top investment option for some of the world’s leading companies resulting in real, quality jobs for people at a time we need them most. Athlone clearly demonstrates it punches above its weight in software and technology and I am committed to seeing similar investments from across different sectors spread to all corners of the midlands.”

The investment is supported by the Irish Government through IDA Ireland.

Tánaiste & Minister for Enterprise, Trade and Employment Leo Varadkar said: “The news that Huawei will create 110 new jobs is most welcome.  The company is creating new jobs at a time when we really need them with so many people out of work. Despite all the current uncertainty and challenges, Ireland continues to attract top class investment from global technology companies. These 110 jobs, which come in addition to the 200 created over the past 15 months, will be accompanied by an €80m investment in Irish research and development. I wish the company the best of luck with this expansion.”

Huawei Ireland Chief Executive Tony Yangxu said: “We are delighted to see such growth in our workforce and business.  Huawei has a long-term commitment to Ireland, where since 2004 we have built a world-class team servicing our ever-growing consumer and enterprise customer bases.  Today’s announcement is testament to the strength of those, as well as the ongoing success of our research and development programme, to which we committed €70 million in 2019.  Our story in Ireland is one of mutual success, as we assist with the national digital transformation and Ireland continues to grow its international reputation as a pro-business environment with great talent available.”

IDA Ireland CEO Martin Shanahan added: “This is a welcome investment by Huawei which will add substantially to Ireland’s technology and R&D ecosystem.  The company’s continued commitment to significant investments in R&D and creating high value jobs demonstrates Huawei’s confidence in Ireland and the talent pool available here.”