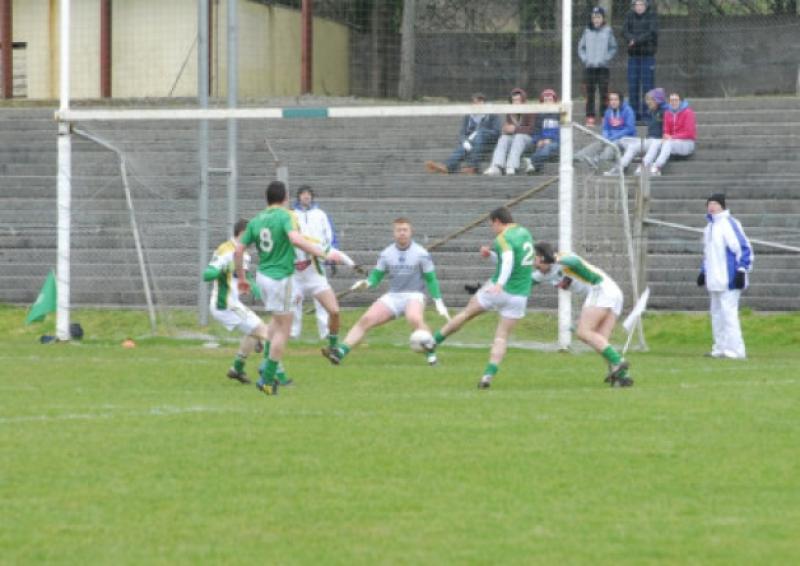 This Sporting Life - Colin Regan That was a heart-breaking defeat for the lads. It was a must-win game for both sides if they wanted to keep their promotions hopes alive. Unfortunately it was the Faithful County rather than Leitrim’s faithful supporters that left Pairc Sean happy.

That was a heart-breaking defeat for the lads. It was a must-win game for both sides if they wanted to keep their promotions hopes alive. Unfortunately it was the Faithful County rather than Leitrim’s faithful supporters that left Pairc Sean happy.

I can’t comment on the game as I wasn’t able to make it. I was preparing for the national launch of the Phase 1 of the GAA Healthy Club Project, which took place in Croke Park on Monday, and I spent the day in HQ making the final preparations. (Leitrim was represented by Sean O’Heslin’s Ballinamore at the launch, one of the 16 teams selected to participate in the project, along with two mentoring clubs. But more details in this in a later column.)

As a result I was left listening to updates of the game on Shannonside Radio, getting texts from friends in the stand, and checking the match tracker on www.leitrimgaa.ie for updates. It’s a frustrating and disjointed way to follow a game and I was sickening when I heard the final result; the last score I had heard was Sean McWeeney’s equalising point and it was only after the game had ended by ten minutes that I discovered Offaly had won it.

John Lynch described the loss as a ‘hammer-blow’ to Leitrim’s promotion hopes in his post-match report for Shannonside and he wasn’t wrong. Our first half performance suggested a different outcome was on the cards as we mastered a tricky wind to lead at the interval. A low scoring game, nip and tuck game, the old cliché ‘a goal would have won it’ is too easy here. Yes, we missed an opportunity for one before halftime while the Offaly ‘keeper also pulled off a good save.

Conceding one less point and scoring one more would also have won it, if you’ll forgive me for stating the obvious. It was our start to the second half that really cost us. Conceding three points on the trot against the wind was catastrophic. Not only did it give an Offaly side desperately low on confidence the belief they needed, it also left us chasing the game.

A poor start to a second half hasn’t been unusual this year and it is definitely something the management need to work on with the boys. The cause can be difficult to identify as it’s down to more than one thing, but it’s usually to do with switching off and losing intensity.

A lot of people were anticipating a Leitrim win on Sunday. I was in Carlow IT on Wednesday night last speaking at an event with a number of the Carlow players including Brendan Murphy and their keeper Trevor O’Reilly and they were impressed with Leitrim’s second half performance in Dr Cullen Park. Then at a meeting of the ASAP National Committee in Croke Park on Saturday, the Clare County Officer Des Crowe said Offaly’s performance against them in round three was one of the worst he had seen.

But that’s the thing about Division 4: it is the inconsistency of the teams that puts them there, and then keeps them there. One decent run of consistency can win you promotion. But it looks like that will be a challenge for another season at this stage. I hope the lads use the rest of the league to really throw caution to the wind and work on developing some consistency and intensity over 70 minutes that they can carry into the championship. They’re going to need it in New York, believe me.

Last week I mentioned a tale told to me by Michéal O Muircheartaigh at the launch of a new partnership between the GAA Social Initiative and the Irish Greyhound Board, at which the legend was guest of honour. It was about our very own late great Tom Gannon, and the man himself passed it on to Michéal during an interview in the run-up to the Connacht final in 1994. It went something like this.

After Leitrim had defeated Galway in the Connacht final (2-4 to 0-3) they had a team meeting and it was decided they should get a coach to help them prepare for the All Ireland semi-final against the Munster champions, Kerry. As Tom was the captain and studying in St. Patrick’s in Drumcondra at the time he was selected to try and find the right man to take on the job. To put this in context, there was no such thing as team managers back then, and very few coaches. It was felt the only chance of finding someone was in Dublin.

Tom didn’t know anyone in that line or work and set about contacting a friend he had working in the Civil Service whom he thought might be able to help. A plan was hatched between the two: head for the GPO in O’Connell Street and see who might pass by. It may sound naive, but I was assured everyone and their dog would pass by the GPO on a given day in Dublin back then. And low and behold, Jim O’Hehir, (father of Michéal, who would later become a famous GAA commentator) was spotted strolling by after just a couple of hours.

Jim was well known in Dublin GAA circles, having coached their hurlers to the 1914 All Ireland championship title, and he agreed to take up the challenge there and then. He travelled to Leitrim on a number of occasions before the All Ireland semi-final against Kerry in Tuam on August 28. The Kingdom won 0-4 to 0-2, but lost the final to Kildare. Different times, same passions. Keep the faith lads.