Are we there yet? Facts suggest progress is being made 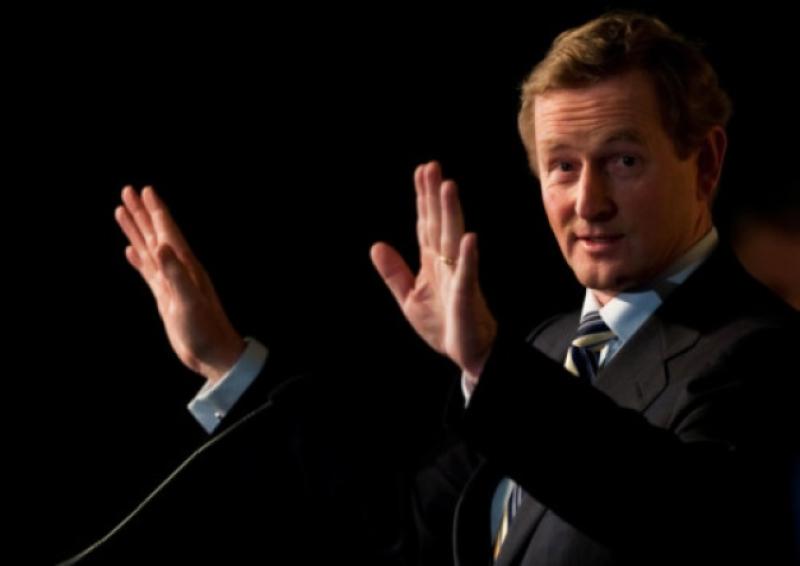 Mixed Blessings with Kevin Blessing Are we there yet?

Are we there yet?

I remember as a child travelling in the car with my parents down to Bundoran for the day. I was so excited, it used to seem like such a long journey. My six sisters and I would have our parents tortured with the old refrain ‘are we there yet? Are we there yet?’.

I’m not one to have a lot of sympathy for the establishment as a rule, and as I have come from the Fianna Fail gene pool myself, having sympathy or respect for a Fine Gael Taoiseach is not something that comes easy to me.

However, I’m beginning to think of poor old Enda as being the long-suffering parent chugging along a bumpy regional road in north Leitrim with the children in the back of the car yelling ‘are we there yet’ are we there yet?’.

One hard and fast rule I have is that you can trust the average Irish citizen to make a fairly well informed rational decision when presented with the facts of any case. The results of the Milward Brown poll in The Sunday Independent recently have shook that faith to the core.

Who in this country hasn’t been crushed by the weight of the recession, who hasn’t been affected by the cuts the raising taxes, who hasn’t lost a job or seen a family member or friend lose a job, or board an airplane to leave their beloved homeland in search of work.

Who isn’t outraged by billions in tax payers money having to be given to foreign bond holders, because of a reckless guarantee scheme.

Reckless planning, lack of regulatory policy, seat of the pants economics, and all the rest. Once the blinkers came off, I saw the emperor was buck naked, and leading the country towards an abyss, that was enough for me. I know of many a good Leitrim man and woman who has worked hard on the ground for the Fianna Fail party for decades, let it be at local and national level, they always believed in, “Fianna Fail” the party that best served the people of our country.

Many of those supporters had lost faith in the hierarchy after the election win of 2007, as the government started to row back on a long list of promises on its pre-election manifesto, and their life-long supporters and campaigners punished Fianna Fail where it hurt most, on the ballot paper for the last general election in 2011.

The recession has been deep and hurtful, the cuts have been savage and brutal for all of us, but that’s what radical surgery is like.

And radical surgery is exactly what we have been undergoing. Yes the surgeon looks a bit more like a butcher and there’s blood up to the elbows but you have to go deep down to get out the root of the problem.

To continue the medical analogy, in many cases I don’t agree with where the cuts are being made by the current policy makers or how much blood is being taken or splashed around the surgery, but the surgeon still has to operate.

And when you are involved in making these drastic and serious cuts you need the support of people behind you.

Ironically the actual facts on the ground would suggest that there is some real and tangible progress being made. Job figures have risen, only marginally, but they have risen for the last two quarters, the number of job announcements is starting to outnumber the amount of closures, the cost of the civil service is being addressed, and we are starting to get a bit of traction back in business circles.

The saying for the last couple of years has been ‘The light at the end of the tunnel is the oncoming train’ and people were right to be concerned. Its hard to know who to trust, who to put in power to make the right decisions.

As it feels that at the moment that the wrong groups of people are been hit and been made pay for the wrong doings of previous governments.

Having said that, for many of us our futures remain in Ireland and for our own sanity, we have to hope for better, brighter and optimistic days ahead.

There’s a time to be positive and I think we owe it to our country and ourselves that we will see this nightmare situation through.

In the words of my father on those seemingly endless trips to Bundoran as we headed from Manorhamilton towards Kinlough, “We are getting there”.