Hubert is chasing the mayor’s chain 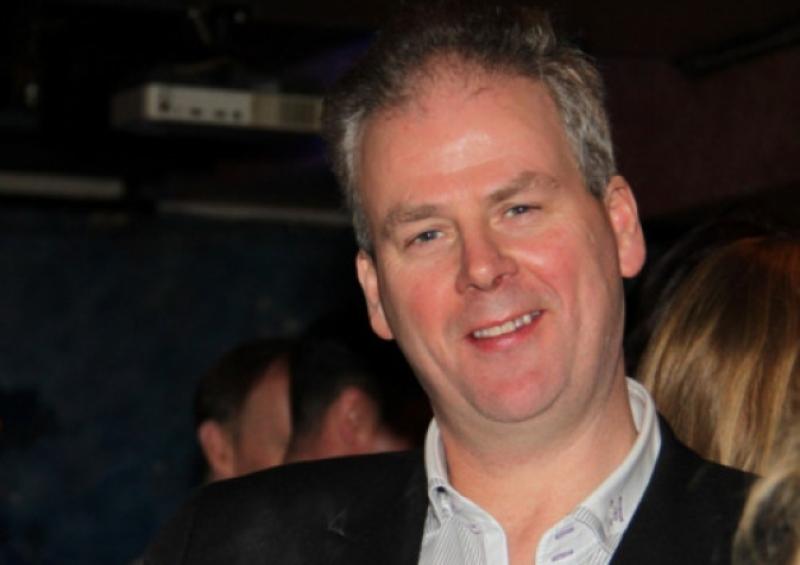 A few weeks ago in Mixed Blessings you may recall, I wrote about one of the three Drumshanbo Mayoral Candidates, Oisin Dolan, and his fundraising campaign that he was running in order to become Drumshanbo’s first citizen. This week, we return to the Allen Gaels fundraiser event. Mixed Blessings with Kevin Blessing

A few weeks ago in Mixed Blessings you may recall, I wrote about one of the three Drumshanbo Mayoral Candidates, Oisin Dolan, and his fundraising campaign that he was running in order to become Drumshanbo’s first citizen. This week, we return to the Allen Gaels fundraiser event.

Earlier this week, I met up with another Mayoral candidate, local business man, An Tostal committee member, and its former Chairman, Hubert McCormack, and Hubert’s director of elections Noel Beirne.

The first time I met Hubert was as a young cub growing up in Dristernan. Hubert was our local coal man; Mickey Beirne, Raymond McGovern and I, used to think Hubert was a bear of a man, as Hubert could carry two bags of coal on his shoulder with ease up our drive, before emptying them into our coal bunker.

Hubert told me that he was humbled when he was approached by the Allen Gaels chairman, Sean Wynne, who asked him to put his name forward to run for Mayor. Hubert deliberated with the idea for a while before committing to the fundraiser venture.

For seventeen years, Hubert and his wife Betty and family of four lived in Drumbollogue, Drumcong, before moving back to his home town of Drumshanbo in 2008. Hubert’s son, Michael, is a member of Kiltubrid GAA Club. Michael plays for their under sixteen and minor team, and Hubert can see from his own experience as a father the amount of commitment and dedication that Michael has put into his football, and how the Kiltubrid GAA club plays a big part in his young life. Likewise Allen Gaels is a huge support to the youth of the town.

Hubert has been well aware of the large investment made by Allen Gaels in recent years in upgrading their training and playing facilities at Shane Mc Gettigan Park, and Hubert payed homage to those involved in Allen Gaels, both past and present members, whose hard work and dedication have now meant that the club has got state of the art facilities that are up there with the best in the country.

As a local business man, Hubert claims that the benefits of having such facilities for both young and old of the area is of huge importance and he would support his upkeep of these facilities for the people of his community. Running for Mayor would be a means of achieving this goal.

Hubert is delighted with his fundraising efforts so far and paid tribute to his hard working committee that is made up of his many friends, family, neighbours and people he knew from the Drumshanbo area, and who Hubert has now got to know better.

Fundraising is not something new to Hubert, as in the past, he was on the fundraising trail for the An Tostal, North West Hospice and Our Lady’s Hospital for sick children in Crumlin. I would be in no doubt that Hubert’s past fundraising experience of raising cash for charities has served him well so far in his Mayoral campaign.

Tomorrow night, Thursday April 4th, Hubert and his hard working committee will hold a Fashion Show extravaganza in the Lough Allen Hotel at 8pm; admission is only ten euro. The night will feature top fashion designs from Carrick On Shannon and Sligo, modelled by some well known faces from around the county.

Hubert assures me that there will be many surprises and spot prizes on the night. The fundraising doesn’t stop at the catwalk, as later this month Hubert and his committee will hold a timebomb sporting challenge. Hubert got really excited about this challenge as he explained how it will work.

He is inviting members from other clubs, sporting organisations and individuals to sign up for a race against the clock to find the ultimate sports superstar. The first prize for the winner’s club or organisation or for the individual themselves is one thousand euro in cash. For further details on the this timebomb sporting event, you can visit Hubert’s Facebook page.

The talking point around many marts around the county over recent weeks has not only been the great prices for cattle but also that for only ten euro you could win a heifer! Hubert’s fundraising events continue on Bank Holiday Monday, May 6th when he will hold a raffle with a limosine Heifer worth one thousand euro as first prize, with other runner-up prizes to be won on the night.

Tickets for this raffle have proved to be particularly popular and not only in farming circles, as many ticket buyers to date have remarked that you wouldn’t buy much mince meat for a tenner.

As is evident from all the unique fundraisers that Hubert and his team have going on at the moment, a trojan effort has been put in by Hubert and his backroom team. Hubert is proud of the dedication and time that his committees have invested in this campaign and it was clear to me from speaking to Hubert that he was very appreciative of all those who are involved, and for all the effort and dedication various people have made in helping him to raise as much money as he can for Allen Gaels. Hubert was full of thanks to all those people who have contributed in these difficult times.

Winning the chain would be a great honour for not only Hubert but his hard working team as well. The vibe I felt from the interview with Hubert was that even if his gallant efforts are to fall short of the finish line, he will be proud of the campaign both him and his team of campaigners will have put in.

Hubert is enjoying the banter with the other candidates and went on to remind me that the real winner of the Mayoral Campaign of Drumshanbo will be the people of the town and surrounding areas and future visitors to the Allen Gaels Club, who will get to experience, and hopefully have many hours of enjoyment at, the Allen Gaels GAA Club and its facilities.