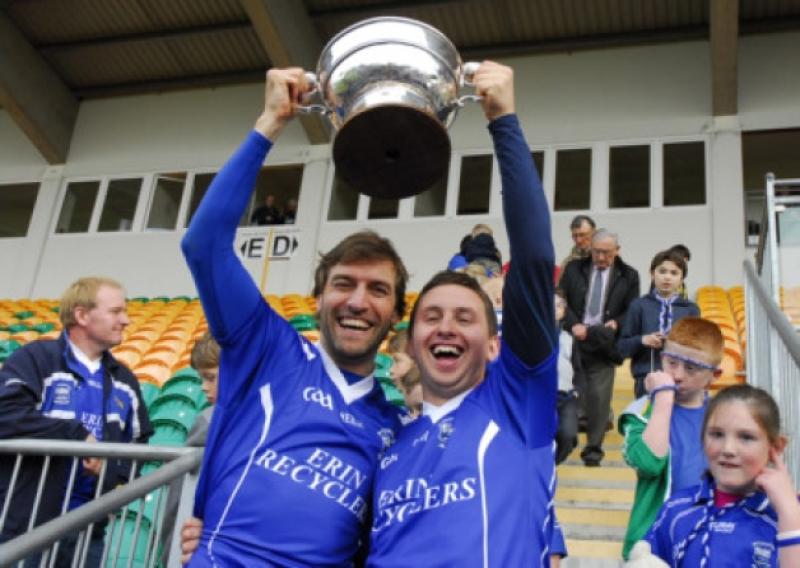 The first published article I ever wrote carried the headline: ‘Clubs you lose’. It was carried by the now defunct magazine Highball back in 1997 or thereabouts. This Sporting Life - Colin Regan

The first published article I ever wrote carried the headline: ‘Clubs you lose’. It was carried by the now defunct magazine Highball back in 1997 or thereabouts.

It touched on the annual challenge faced by club players when it comes to the scheduling of championship football. The clubs remain the roots of our games, even if the county boys and girls get to blossom into the flower that attracts the swarming bees from the media once the All Ireland series comes around each year. But it is the roots that hold the GAA fast in the fertile earth of the ever changing modern Ireland as the capricious winds of fancy blow the bright petals hither and thither as the seasons move on into autumn and winter.

Our club players deserve their big summer days out too and it’s essential we schedule plenty of club matches during the summer months to show of our local heroes. It’s great to see the Leitrim club championship roll around just two weeks after the county’s trip to New York. That Big Apple buzz should follow through from Gaelic Pairc into Pairc Seán MacDiarmada and Pairc Shane McGettigan, Páirc Sheán Ui Heislin and Páirc Naomh Muire, Cluain, and from Drumkeerin in the north of the county to the outer echelons in Carrigallen.

I urge you all to get along and support your club and parish in these homes of our community life. Bring the entire family along. Pick up an elderly neighbour who might appreciate a day out. Don’t worry if it’s raining; this is Ireland for goodness sake. Adopt Billy Connolly’s philosophy: there’s no such thing as bad weather, only the wrong clothes.

There’s some great matches scheduled for this weekend. While Carrigallen will be determined to topple the reigning champions in the first round I think the game of the round could be Annaduff against Glencar Manorhamilton.

The four-in-a-row former champs have once again started the season at a relentless pace in the league winning six and drawing one of their seven outings while Annaduff have started the season slowly and sit with just six league points out of a potential 14. However, the Duffers are always capable of a championship shock. Whether they have the quality to over-turn the 2013 favourites, only they know. Manorhamilton will definitely emerge as table toppers in Group 2, with the second place wide open between the remaining three clubs including Allen Gaels and Drumreilly, who have had a decent start to the league.

Melvin Gaels will have to up their performance level of 2013 to ensure Carrigallen don’t record their third significant championship win of recent times over them in Drumshanbo on Saturday evening. The Gaels started the year slowly due in part to the loss of some key players and the transition in the management team, but seem to have settled somewhat to record three league wins on the trot recently.

Should they emerge from the Group 3, and I expect them to, they should find a rhythm to enable them really challenge for two-in-a-row. Mohill are the other favourites to emerge automatically from Group 3, as they currently in third place in the league, while Kiltubrid will struggle strength wise come championship time as the club continues to rebuild.

In Group 1 Gortletteragh will be anxious to regain the outstanding championship form they enjoyed at intermediate level last year, and while the step up will be too much for them to challenge for silverware, I won’t be surprised to see them in the quarter-finals. It’s hard to look past St. Mary’s for the automatic second qualification spot, but the Willies will have something to say about that.

Of course this year’s format leaves something to fight for until the death with the two best-placed third teams also gaining automatic qualification for the final quarters (which will then be an open draw).

At Intermediate level I’d love to see St. Patrick’s continue playing the brand of attacking football they have displayed during the league, but marrying that with the resolve necessary to etch out a championship title. They have the players for senior level, simple as that. Drumkeerin and Glenfarne-Kilty will be determined to place another northern name on the cup, while there’s no shortage or warriors left in Aughnasheelin or Fenagh to let out a war cry for the south.

Of course all the above is speculation from a man who has seen very little league action this year. The above predictions are based largely on historical reference and current league positions. And if the championship loves doing anything, it’s ignoring the past and ripping up current league form. So I’d love to see a few of those teams that haven’t peaked yet this year, or the past few years, throwing the form book out the window and giving us all something to talk about.

It would be great to see a new Gene Bohan emerge from the Shannon waters of Carrick, or another Declan Darcy centre back rise from bogs of Aughawillan. Fenagh Abbey is due the resurrection of another Killian McLoughlin, while a centre-forward worthy of taking tae with Packie McGarty or George Dugedale wouldn’t go astray around Mohill either.

The scene is set lads. Now go out there and make a name for yourselves. Liatroim abú.