Halloween is one of my favourite holidays 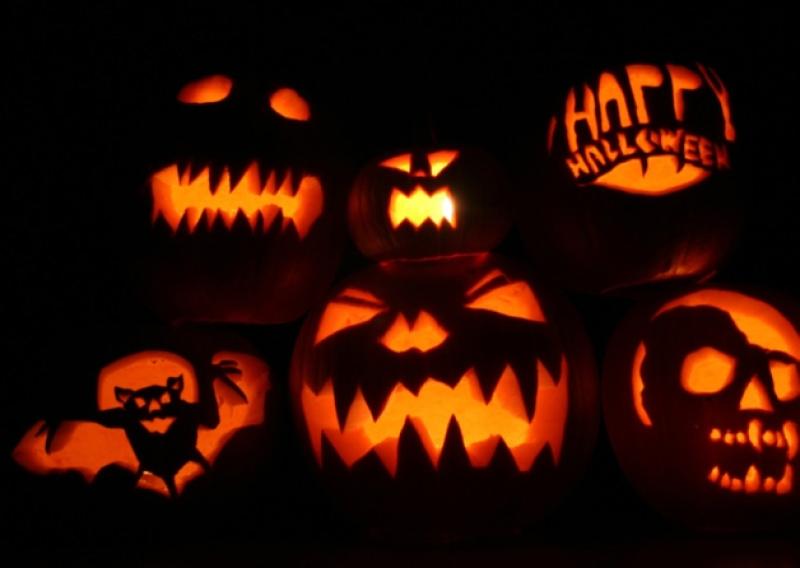 Yep it’s that time of year. When the firecrackers will be going off left right and centre, the dogs around the house will be scared to death and every knock on the door means a fist full of sweets that would give any dentist a heart attack. Mixed Blessings - Kevin Blessing

Yep it’s that time of year. When the firecrackers will be going off left right and centre, the dogs around the house will be scared to death and every knock on the door means a fist full of sweets that would give any dentist a heart attack.

It’s not all bad, in fact Halloween is one of my favourite holidays. There is some great fusion in the annual celebration of the dead and all things scary that appeals to all of us adults and the child inside.

It’s been funny to watch how the holiday has developed over the years from when I was a young cub. It’s a lot more American now, the costumes are something else and now the parents are big into it as well as the kids. Years ago, there was no self-respecting Irish man that would have climbed into a superman outfit or put on an adult sized baby grow. Since the downturn, it’s all the rage now.

Yes, this Halloween as you walk through the streets of our towns and villages, you will most likely see Wonder Woman staggering back from a party with the assistance of the Invisible Man and the support of the Hulk.

It’s a bit of an annual joke now, the whole fireworks thing, and particularly for those of us living close to the border where you can easily pop across and buy yourself enough explosives to sink a Titanic or two very affordably.

Every year, the Gardai have the unenviable task of taking to the airwaves to plead with people not to break the law, not to risk themselves and to not use fireworks. Then Halloween night arrives and ‘ba boom’, our sky lights up like a Christmas tree with illegal fireworks going left right and centre across the sky.

Every year we are warned about the dangers of illegal fireworks, every year many ignore the warning and every year some young unfortunate severely burns themselves or even loses a finger.

Being one of the stranger kids growing up in our neighbourhood in Dristernan, and coming from a family of seven, with six sisters and myself, my costumes were not from the norm. I think this can be attributed to my first real Halloween when I was five.

I wanted to be a pirate, I told my mother. I had visions of me running up and down the street, barking warnings and threats waving a sword and causing genuine fear in the hearts of all.

I could see myself battling on porches with other trick-or-treaters in their white bedsheets with holes in them, or dressed in all black refuse bags carrying around brooms. I figured in my own head I had the perfect character for the Halloween night of 1981.

That was until my mother came home with part of my costume in a plastic shopping bag. Which consisted of a pair of my grandmother’s brown tights, a water pistol and holster. Shiver me timbers was gone out the window! For my first Halloween, I was to become a young cowboy and not the pirate I had aspired to be.

The brown tights were possibly the most uncomfortable item one could wear on one’s head on Halloween night from what I recall, the following year I had a plastic mask with the rubber band on the back which was a real comfort in comparison to the tights.

The Haunted House is one of those familiar images associated with Halloween. Freddie Kruger, Worzel Gummidge, the pooka man and the wicked witches, will tempt even the most frightened of us to visit the haunted house yet again this year in the Chariot Inn building on Church Street in Drumshanbo.

The first annual An Tostal Haunted House opens its doors on Saturday, October 25th and Thursday, October 31st to haunt and scare the most fearless of people.

Last year’s scares and surprises proved a hit with both young and old from town and surrounding villages, mainly thanks to its unique attractions, from the graveyard of fear, to the scary barber, to the chained werewolf.

This year’s haunted house promises to be big on surprises with some new scares and some of the old reliables returning to put the heebee geebees into the people of Drumshanbo and surrounding areas.

This year’s Haunted House will be much bigger and better and features a new layout. Following from your completion of the house, there will be refreshments available and a spooky disco to keep the experience going.

There will be some new novel ideas added to this year’s haunted house in order keep the element of surprise and fear along the journey through the haunted house.

Spare a thought for the committee during the haunted house as the screams and the roars come at the expense of sore throats I am being told.

Like I said at the beginning, I love Halloween. It’s a magical celebration and particularly magical for kids. I’m sure there will be lots of excitement in many households across the county and whether you’re Trick or Treating or attending a fancy dress party, or the Haunted House in Drumshanbo this Halloween, ‘be safe and stay safe.’