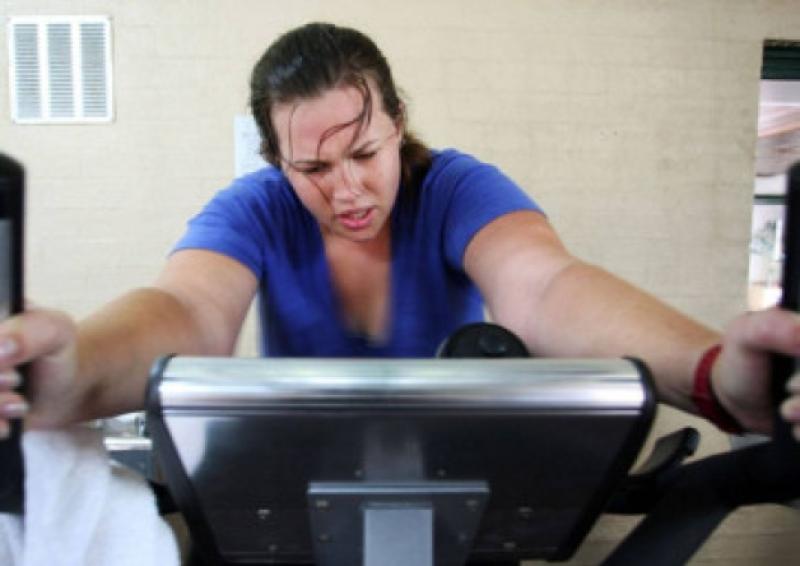 I’ll be the first to acknowledge that I may have puton a couple of pounds - or 10 - over the last decade or so, but I was not aware of just how much until my mum set me straight. Sometimes You Just can’t Win - Leonie McKiernan

I’ll be the first to acknowledge that I may have puton a couple of pounds - or 10 - over the last decade or so, but I was not aware of just how much until my mum set me straight.

I’m not sure where the observation came out of, after all we were sitting at a John Carty concert in Sligo, but for some reason my mum felt it the appropriate time to inform me that I was “getting a bit of an arse” on me.

As I was sitting down on said bottom at the time I’m not exactly sure what triggered this confession. Maybe it was something that had plagued her since I picked her up from the airport? Maybe two weeks of walking behind me places, leaving her with little option but to look at my, apparently, huge backside, had driven her to the edge. Regardless, I’d like to point out that making this revelation while eating a snack bar in front of me was probably not my mum’s finest moment.

Getting home that night I spent half an hour contorting myself into knots in a bid to see said bottom. After nearly snapping myself in half I considered waking my husband at around 3am to ask his opinion.

The only thing stopping me was the fact that I didn’t want to see the inevitable fear in his eyes. Let’s face it, there’s no man on earth who wants to actually answer his partner when she asks “have I put on weight?”.

I imagine the conversation would go something like this:

Me: Do you think I’ve put on weight?

Husband: God no, I love you no matter what size you are.

Me: So you think I’m fat then? (Cue front door slamming as my husband runs for his life).

Of course I know I’ve put on weight. The fact that my husband looks positively emaciated next to me is not something I’m proud of. The fact that he looks so slim despite the fact he can consume crisps and fried foods by the truckload is one of life’s greatest mysteries - right up there with what’s under the statue of the Great Sphinx in Egypt and whether you can actually open your eyes when you sneeze without giving yourself a brain injury.

I’m starting to suspect that the fat he’s eating is migrating to me, probably when we’re asleep at night. Maybe there should be a scientific study on this. No really, EU funding has gone to investigating more idiotic things.

But after some careful consideration I think I may have discovered the crux of the problem for me. All the nice food, which tastes absolutely gorgeous, is bad for me. All the things that are healthy and full of fibre, taste like, and I’m just imagining here, something the cat might have coughed up behind the couch....two weeks ago.

I mean, really...... bran. A big bowel of breakfast bran. Where’s the fun in that? Come to think of it, where’s the taste? Eat the cardboard box it came in instead, that would have more roughage in it and would probably taste nicer.

And don’t get me started on skim milk. It’s like they’ve sucked all the milky goodness out and left the water content with a dash of calcium. You can still see the bottom of the mug when you fill a cup with skim milk and that’s never a good sign for any dairy product.

Of course I could opt to be one of those calorie counting freaks who clinically assess every item of food for its points value before putting it in the trolley, but it already takes me an hour to shop. If I had to check the calorie content of each packet I’d be lucky to emerge from the shops before the end of the week.

The fact that maths never was my best subject also means that, with my luck, I’d probably miscalculate and end up consuming three times my daily intake of calories, whatever they are.

One of my friends has recommended juicing as the way to get in shape. I’m not an expert, but from what I understand the basic principle is to liquidise everything and pour the whole lot into a glass so you can drink it. From the juicing recipe books I’ve seen you can apparently juice any fruit or vegetable although why anyone would want to mix beetroot, apple and carrots into a glass with some weed known as wheat grass, for breakfast just boggles the mind. I suspect that such people must terribly sad lives. I’d certainly be miserable if every meal had to be served in a glass.

And why does everything juiced come out a weird shade of green? Carrots are orange, surely something with carrots added should be orange? Or beetroot, surely that would change juice to purple? Apparently not. Everything’s green, snot green. Um...how delicious.

I can’t see why that sort of concoction could possibly be good for you. Just the look of one of those juiced drinks is enough to ruin my appetite. Come to think of it, maybe that’s the key, it looks so disgusting you’d rather starve. Genius!

On the plus side I have joined the gym in my bid to shape up. All I have to do is avoid standing next to the gym bunnies while working out.

Really I ask you, who wears criminally tight lycra leggings and a half inch think face of makeup to run on a treadmill? Is there a dress code that I haven’t been made aware of? I’m left red faced and gasping after barely two minutes on the stationary bicycle - now there’s a pointless piece of equipment if there ever was one - but the gym bunny beside me has barely raised a sweat, all polished perfect and tight buns. I’m sure that really, deep down, she’s a very unhappy person, probably because she’s stuck having bran for breakfast every morning.

Alongside the gym bunny there are also the requisite gym posers, men and adolescent boys who spend equal time admiring themselves in the floor to ceiling mirrors and then admiring each other as they strike muscle bunching poses.

You really can’t miss them in the gym. I can manage to lift a dumbbell without making a sound but the gym poser can’t even lift himself off a weight bench without groaning as if he’s in the final stages of labour. Put a half dozen posers in the weight lifting end of the gym room and you can barely keep a straight face with all the moaning, groaning and grunting.

But by far the most hilarious piece of gym equipment is the vibro plate. A machine which apparently shakes the fat right off your arse. I think. There’s a whole series of poses you adopt while standing on a plate which shakes you like a milkshake in a blender. Note to anyone attempting to use the vibro plate in a gym, don’t ever and I mean ever, try and use it after eating. Just trust me on this one. It’s not pretty. Think volcanic eruption where you’re the volcano.

But, at the back of all my complaining the reality is I do want to get in better shape.

It’s all terribly unfair, after all, it was a breeze getting to this state. I actually enjoyed all that chocolate. Yep, each and every bar. I know I won’t be able to wax so enthusiastically about all the low fat, low salt, taste free twaddle I’ll have to consume now instead.

Really, we’ve brought humans to the moon, we can travel faster than the speed of sound and we most recently, grew a burger, yes a burger, from cow stem cells. Surely somehow, somewhere, a single scientist could devote themselves to something worthwhile, like developing a chocolate bar that tastes good and is good for you too. Is that too much to ask? Till then I’m going to have to insist on walking everywhere behind my mum. After all, I figure that what she can’t see won’t sicken her.