Experience is forged in such painful defeats 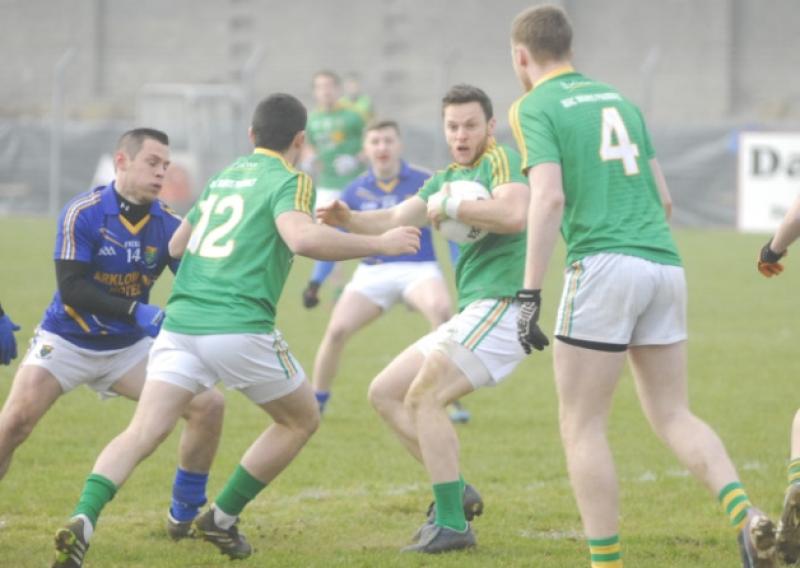 After an hour of near complete silence on the drive from Aughrim back to Dublin, my wife-to-be turned to me and asked: “Do you still get upset if Leitrim lose?”

After an hour of near complete silence on the drive from Aughrim back to Dublin, my wife-to-be turned to me and asked: “Do you still get upset if Leitrim lose?”

Having only met in the aftermath of the injury that pretty much ended my playing career, Maggie didn’t have to witness the Dante-esque suffering brought on by some of the most painful defeats I experienced in the Green and Gold of Leitrim.

Sport holds zero significance in her house; music is their drug and a much less damaging one it appears to be - no broken bones, no gut-wrenching disappointments, and an everlasting avenue through which to channels one’s blues.

I tried to explain to Maggie why I was literally sick to my stomach. It wasn’t that the lads had lost, this was just one battle in a campaign set to last for years under the current general I hope. It was the nature of the defeat.

Psychological victories (not moral ones) are as important for any young team as those on the scoreboard and as I ran the Wicklow game over and over in my head, I felt my stomach getting tighter and tighter. This one was going to hurt the lads, make no mistake.

But as with all life’s experiences, defeat in itself – regardless of its nature – isn’t what defines you. It’s how you respond to it. And I saw plenty in Sunday’s performance to suggest this team and management set-up are willing and able to learn from their mistakes and grow

In the grander scheme of things, Shane Ward will have been pleased with some of the individual efforts and the team performance that his side showed for periods of the game.

In the first half, a game plan was very evident and the withdrawal of Danny Beck as a sweeper in the first half worked doubly to stifle Wicklow’s attacking space while allowing Leitrim exploit theirs through a two-man full forward line of Donal Wrynne and Ciaran Gilheany. Many more fledgling Leitrim footballers got 70 minutes of valuable national league experience under their belts.

In the minute detail, there were many instances of excellence. There were also many errors especially as the pressure grew. Errors in themselves are not failures. For a team at this stage of its development they offer great opportunity to learn and to make sure the same mistakes do not happen again. The lads will have been devastated to have let a nine point lead slip.

The great effort, team work and precision executed in the opening 30 minutes of the first half revealed the level of performance the side are capable of reaching. However, some relaxation set in, as often happens when a sizeable lead builds up, and Wicklow reeled off four points before half-time that won them the game.

There are two elements to every game – that which you can control and that which you can’t. Leitrim couldn’t prevent Wicklow upping their game. They could control their response to that change however. In the second half, Leitrim showed Wicklow they were not at the same level of concentration as they were in the first period.

This was due to a combination of physical and mental fatigue, heightened by the fear that they were in danger of losing a large lead. You can’t show your opponents any such manifestations.

Twice Leitrim had a free kick over-turned for taking too long in its execution. The problem was that Kevin Conlon, who was on the ball, did not have any options when he looked up. In the second instance too many of Kevin’s team mates failed to pick up on the body language he was exhibiting – that the free was too far out for an effort at goal and he wanted to play it short.

I fully appreciate everyone was seeking a few seconds respite to catch their breath but you don’t get that opportunity in senior inter-football. Not everyone at the same time anyway. At least two players needed to make themselves available. Everyone on a county team must be a leader.

With greater experience the side would have appreciated the need to break Wicklow’s momentum and a prolonged break in play could have been manufactured.

In the last few minutes, the lads showed themselves to have more in their tanks than they thought they had. When Wicklow took the lead, Leitrim reacted collectively and upped their game. Where the mind goes the body will follow. They pulled one back and created four chances to level.

It was unfortunate they didn’t take one of them and no blame can be placed on those who took the shots.

They took the responsibility on; you miss every shot you don’t take. But every single ball leading up to that final denouement plays its part too. Therein lies the crux of the story.