Local game needs to be developed 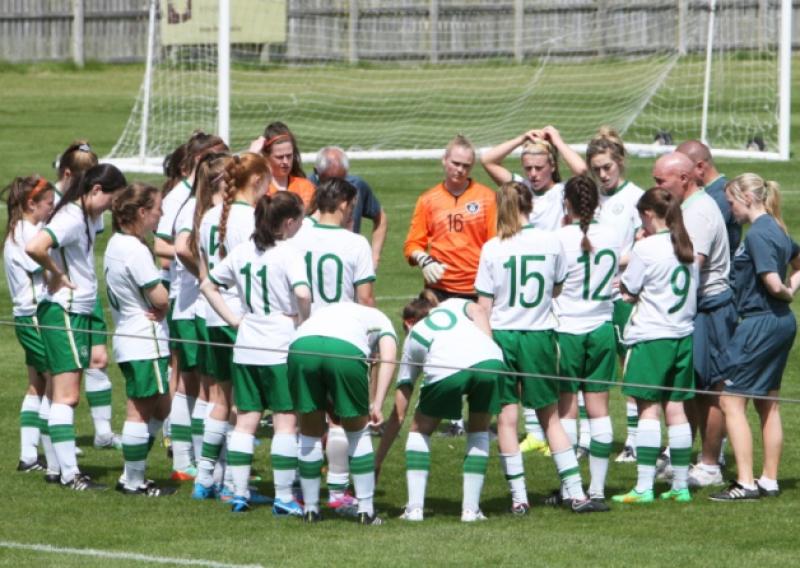 By all accounts the Irish U-17 womens team were very unlucky when they suffered three narrow defeats in their group games at the UEFA European U-17 Championships but there was good news from a local pespective with Mohill’s Dearbhaile Beirne making two subsitute appearances.

By all accounts the Irish U-17 womens team were very unlucky when they suffered three narrow defeats in their group games at the UEFA European U-17 Championships but there was good news from a local pespective with Mohill’s Dearbhaile Beirne making two subsitute appearances.

Derabhaile’s talents in a variety of sports have been documented here for some time and it is only natural that there is a sense of pride when we see one of our own do well.

However, while her successes at athletics and gaelic football have all been rooted locally she has had to travel to Dublin to play her club football with Shelbourne in order to advance her football career.

When the FAI and Leitrim County Council joined forces in 2007 to create the role of a development officer for the county, then FAI technical director Packie Bonner said his aim for the partnership was that it would result in a Leitrim player receiving an international cap.

While Glenfarne’s Ailbhe Clancy did appear at U-15 level for Ireland it is fair to say Leitrim doesn’t feature prominently when it comes to international call-ups.

The argument could be made that Dearbhaile’s success in reaching the European Championships is in spite of rather than because of the current structres in place.

While the GAA is active in every community in the county and continue to develop local talent, can the same really be said about the FAI?

That is not a criticsm of Declan Boyle, who was the original development officer, or his successor Damon Kearney, it is more an observation on the lack of structures in place.

At a time when people are getting all nostalgic about the 25th anniversary of Italia ‘90 it is worth remembering that when Ireland first qualified for the world cup, they were regarded as an unsual case as not one player in Jack Charlton’s squad played in the Irish domestic league. It has been the same story in every competition Ireland has qualified for since.

To illustrate how absurd that statistic is, the Northern Ireland team that qualified for the 1982 World Cup and defeated host nation Spain, featured four domestic based players.

The reality is that if Daryl Horgan and Richie Towell are transferred from Dundalk to an English club, it won’t be long before they are rewarded with an international call-up. Having seen them at close quarters over recent years I have no doubt they are of a similar standard to players already in the international squad.

Unfortunately there is a lack of the kind of joined up thinking that would see a youg player developed at home, brought through a centre of excellence programme and then introduced to the domestic league and ultimately the national team. Seamus Coleman showed that moving to England and playing meaningless reserve team football from a young age isn’t the only way to success.

Better coaches would, one would think, lead to better players but figures from 2013 indicate just how difficult it is for coaches to become fully qualified in this country. The standard cost of the UEFA ‘A’ licence was €530 in Germany, €1,200 in Spain, €2,350 in Ireland and £4,390 in England while attaining the ‘Pro’ licence was said to cost €7,550 in Ireland.

If Ireland really hope to compete on the international stage, rather than qualify for tournaments, surely the first step has to be re-evaluate the grassroot structures and in the future players like Dearbhaile may receive the top-level coaching they require closer to home.