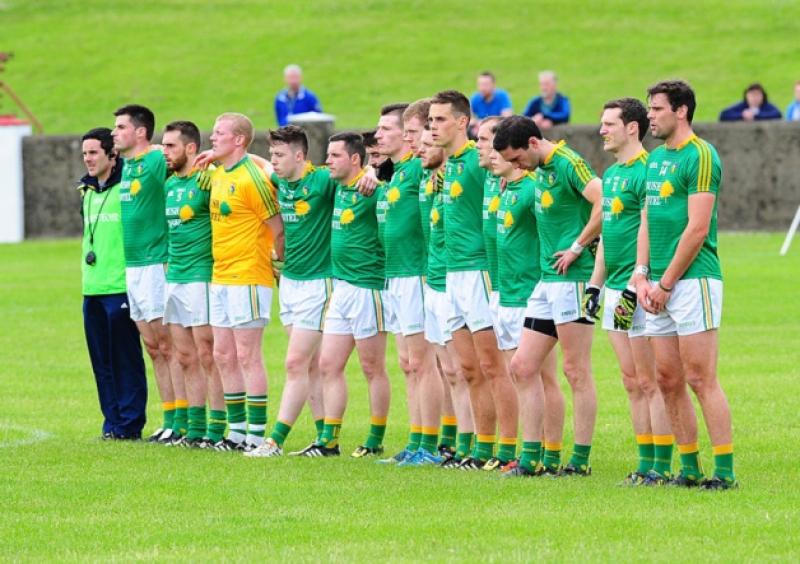 It’s been a while since I left a Leitrim game feeling quite so despondent. I’m an optimistic individual but there weren’t a lot of positives to take from the Louth game.

It’s been a while since I left a Leitrim game feeling quite so despondent. I’m an optimistic individual but there weren’t a lot of positives to take from the Louth game.

Fergal Clancy’s four fantastic points in the first half should have inspired his team mates. Instead they remained isolated, individual pieces of brilliance on a day when everything else Leitrim did wreaked of mediocracy.

Without Clancy Leitrim would have been out of touch at half time despite the frustrating reality that Louth, per man, were no better than Shane Ward’s side.

The difference was they played as a team whereas Leitrim played as individuals. The Wee county also played with verve and purpose and an eye for the goals whereas Leitrim were lethargic, ponder-some, and seemed very uneasy with the way they were set up.

As a spectator it appeared to me that Leitrim set up to play a zonal defence with a sweeper adding extra cover. If this isn’t the case and Leitrim were supposed to go man-to-man then their individual efforts in this regard where absolutely unacceptable.

I counted at least six occasions in the first half when Louth kicked a point without a Leitrim man even within touching distance. This is despite the fact that we had loads of players back. However, far too often we marked space instead of men. In an attempt to support our defence our wing forwards dropped back yet we failed to protect the scoring ‘D’.

We allowed various attackers to nip into this space and collect a pass from a man out the field who had all day to pick out the run because no pressure was being applied to the kicker. To compound this too often Leitrim’s defenders allowed the recipients to turn and shoot without putting a hand on them.

It was inexcusable and every time Clancy raised the bar with a brilliant point at the other end, Louth just sauntered down the field and picked off one or two of their own at their leisure. This starved Leitrim of any momentum. No opponent should be allowed to do anything at their leisure in a championship match.

It made for frustrating viewing in the stands. “Too easy,” was the repeated chorus from the strong Leitrim contingent in the stand.

Another frustrating element of Leitrim’s play was our inability to think on our feet. The side desperately – and understandably – wanted to get Donal Wrynn into the game at full forward but he was well marked by one of Louth’s most experienced players, Dessie Finnegan, with wing back Declan Byrne sweeping in front of him to good effect.

Time and again Leitrim tried to force the ball into Wrynn and it was either easily intercepted by the sweeper or dealt with by the full back. One exceptional cross-field ball did allow Wrynn get inside but his shot on the turn failed to trouble the keeper.

Instead of seeking out this ball constantly, Leitrim should have pushed forward their sweeper to augment the attack knowing they should be able to work a free man into a shooting position.

I think the sideline failed to act on a few obvious issues too. With their number five acting as sweeper Louth dropped their wing forward Bevan Duffy (wearing number 10) back to pick up Shane Quinn. Duffy destroyed us in the first half and was man of the match as far as I am concerned.

Quinn failed to make a call on whether to push up on Duffy, who was surely on the ball more than any other player in the first half, or to drop back and support his defence and was regularly caught in no man’s land. Quinn’s a young player, inexperienced at this level, and should have gotten clear instruction as what to do.

Louth also used Duffy a lot for kick-out options on the stand side in the first half and nothing was done to stifle this until Darren Sweeny realised he had to cover that option too and made a few telling catches as the half wore on. Much damage had already been done though. Duffy was a constant outlet for Louth.

The zonal defence – if that’s what it was – caused further issues in the second half especially when the Louth substitute wearing number 25, Maguire, came on. His intelligent runs across the line meant he wasn’t being picked up and it was he who set up Grimes for what proved the decisive goal.

The most disappointing element of our play was the lack of bite. We won so few breaks only one really stands out in my mind. This is an opportunity for a team to tell the opposition ‘we are really up for this and will fight nail and tooth for every ball’. Louth never got that impression from Leitrim.

Yes we are a young, inexperienced side, but heart and fight don’t need to come with age. In fact, both should spill out from the exuberance of youth.

There will be much soul searching after this game amongst the team and management. Sometimes things just don’t happen for you on a given day but the performance needs to be examined in forensic detail to ensure the same mistakes aren’t made again.

When things don’t happen, it’s usually as a result of a system breakdown and that is what appears to have happened in Drogheda. Some home truths about the level of performance that is needed to compete – and win – at inter-county level will have to be laid down too.

We can no longer test the water. We need to jump in with both feet. I still contest we have the right man for the job and the players to turn our fortunes around.

The Leitrim minors will have been bitterly disappointed with their result too. Two conceded goals in either half left them with a mountain to climb. Conceding two in the first half when Leitrim were reportedly lording midfield was especially frustrating.

It’s hard on the lads. One defeat and the season is over. There is a good team there and the efforts at underage are starting to pay dividends. Keep up this vital work and let’s start levelling the playing field from an early age.

Thankfully Leitrim ladies salvaged what would have been a totally despondent weekend for our inter-county football teams with a fantastic 2-12 to 0-17 win over Roscommon in Croghan. Their two first half goals proved crucial in what appears to have been a riveting game. Leitrim now face the old enemy Sligo in the Connacht Intermediate final.

Finally a word of congratulations to my old Leitrim team mate Derek Kellaher on his marriage at the weekend to the love of his life Cliona Ward. Wishing you every happiness, you make a great team.