To achieve you must continually push yourself beyond the comfort zone 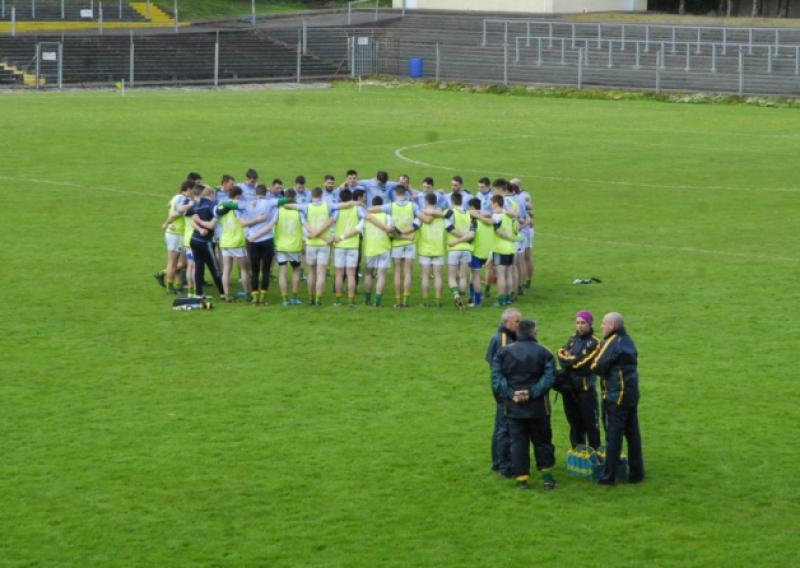 Last week I sat through a fascinating insight into the evolution of Boxing Ireland’s high performance unit.

Last week I sat through a fascinating insight into the evolution of Boxing Ireland’s high performance unit.

Gary Keegan, one of the men behind its meteoric rise along with coach Billy Walsh, took us on a journey from international mediocracy to world leaders.

He didn’t disrespect those who came before him. He acknowledged that the boxers were still punching above their weight in terms of medals won by Irish athletes in Olympic Games. It’s just that compared to other nations we weren’t at the podium.

And one of the first things Keegan and Walsh did when taking over was to set a goals. Primary amongst these was the pursuit and application of excellence with the end goal being consistent placement on the podium at the Olympics. They then broke down step by step how this was going to be realised.

It wasn’t an easy journey. On one of the first day’s Keegan met the athletes he literally drew a line on the floor in the national stadium and told it as it was. A new era was beginning and those who crossed the line could be guaranteed one hell of a ride in the pursuit of excellence.

There would be as much pain and frustration as there would be pleasure and achievement. Not everyone would make it and success wouldn’t be guaranteed for those who did.

Time and again my mind turned to Leitrim football. While not privy to the detail of what is happening in the set-up at the moment, Shane Ward strikes me as a man with a mind as meticulous as Keegan’s. The similarities don’t end there.

The Ballyshannon man also came into a set-up that needed to seriously reconsider what it was doing and why. Every Leitrim team since 1994 came with the same broad annual aspirations of winning promotion and a Connacht championship.

I was a member of the Leitrim set-up during seven different managerial reigns (excluding a few weeks when we essentially managed ourselves).

Each had their own strengths and weaknesses. Many managers brought with them enthusiasm, varied experience, and a view of how things should be. But as we all know the devil is in the detail.

One was an incredible coach, another lacked confidence; one was a brilliant man manager, another was too narrow minded; one an exceptional motivator, another was just the wrong man for the job.

Regardless, one of the main reasons that I believe Leitrim football has (to varying degrees) fallen short of its potential in the recent era is that each management team has tried to impose their way of doing things onto the existing culture.

What is essential, especially if one aspires to be successful, is that the culture must be moulded into one where excellence becomes the norm. I played with many players who aspired towards this goal.

Unfortunately I also played with many who preferred to sit in the comfort zone. Because it’s more comfortable, naturally. To achieve you must continually push yourself beyond the comfort zone. That is the space in which the last few inches are gained. That is the space wherein lies the bank of resolve where all great athletes deposit their hours of selfless effort along with their dreams. Withdrawals can only be made when ordinary is no longer good enough.

I know this is starting to sound a bit like an AIB advert for All Ireland club championships but in numerous games I represented Leitrim we needed just another inch to get over a major wall (Donegal, Meath, the Rossies on a couple of occasions, Sligo, Galway) but we always fell just short.

That inch couldn’t have been reached by one person doing something differently. That one extra inch could only have been achieved if everyone pushed at the same time. All the time. That didn’t always happen. When it happened it was brilliant thing to be a part of. When it didn’t it was frustrating and disheartening.

Back in Croke Park in January when Shane Ward outlined at the Leitrim Supporters Club launch his detailed plan for his term in control of Leitrim football I understood that he was attempting to support a culture change that would focus on the process rather than the aspirational outcome.

This wouldn’t be easy, because people prefer to hear: ‘we’re going to target promotion and a Connacht title’ rather than ‘we’re going to work with players who only want to be the best that they can be and who are willing to sacrifice the individual for the collective good.’

However, the irony is that if everyone, EVERYONE, buys into such an approach then something substantial can happen. A cocoon can envelop a group of players in which a metamorphosis can occur. The length of the incubation period is unknown. All that is known is that it will take time.

And as Gary Keegan told the Irish boxers all those years ago, success isn’t guaranteed. But at least you will have known that you did everything in your power to achieve it. There can be no doubts.

And for those who come behind you the bar has been raised. And only those who wish to increase its height again need apply. I’ll be thinking of all this and more come Sunday when Leitrim’s new contenders aim to put in a performance capable of delivering a knock-out.