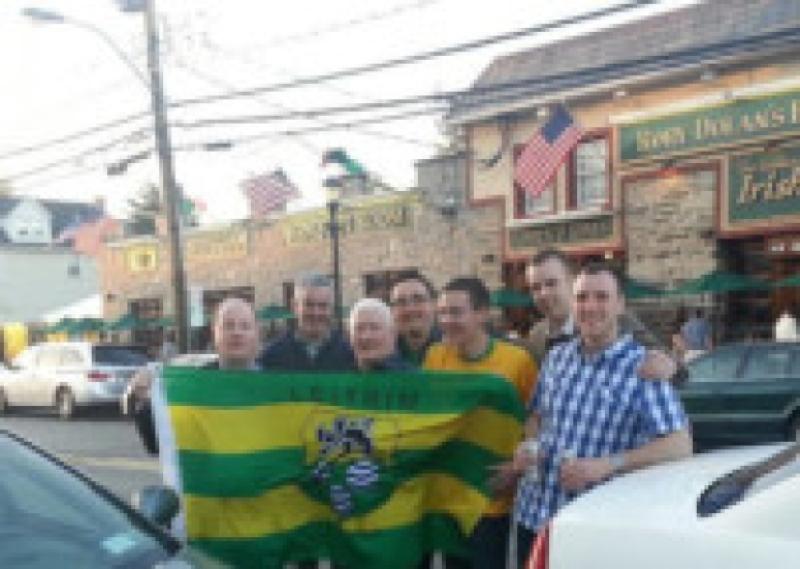 Leitrim’s own ‘Saipan’ situation has split the county and has revealed some short-sighted and ignorant attitudes amongst a small band of so called Leitrim ‘supporters’. This Sporting Life - Coling Regan

Leitrim’s own ‘Saipan’ situation has split the county and has revealed some short-sighted and ignorant attitudes amongst a small band of so called Leitrim ‘supporters’.

I’ve previously said in this column I don’t read the threads on Hogan Stand anymore because it gives a platform to a small group of the country’s biggest mouths and malcontents who spread rumour and hearsay, who believe their divisive views represent reasoned debate, and who criticise amateur players and officers with impunity as they ‘bravely’ hide behind anonymous posts. I don’t want to tar everyone who uses the site with the same brush – there are contributions from many true supporters who enjoy the interaction with other likeminded Gaels who share their love of our games and their respective counties.

I used to enjoy the witty meanderings of Eddie1 as he and ‘herself’ prepared in their own inimitable way for Leitrim’s various league and championship excursions. Some of these souls even try to challenge and reign in the rants of the bitter and the twisted. But in a conscious decision to avoid any unnecessary exposure to toxic waste, I opted to disengage entirely from the site. I was contacted this week by a number of people – the majority of them from Leitrim but also one journalist friend from Ulster – who sent me on links to the ‘discussion’ that was taking place on the website about the breech of discipline in the Leitrim camp and the resulting removal of four players from the squad.

The people in question weren’t concerned about what had happened within the squad: they all felt the right action had been taken. They were amazed by what was unfolding amongst those who are supposed to have the team’s and the management’s backs – their supporters. I decided to check it out and was genuinely saddened by some of what I read.

One individual in particular seems hell bent on trying to create a divide between the north and south of the county that exists solely in his mind. While alleging to have the future of Leitrim football at heart, 94allstar seems so stuck in the past he has lost all perception of what is actually happening in the here and the now. Everyone is entitled to their opinion but what you post on social media or discussion websites are no different to what is published in this paper – opinion is welcome but it must be backed up by reasoned argument and facts, not hearsay and wild accusations. His rants haven’t gone unchecked by other contributors, but the only way to deal with an extremist of this nature is to ignore them completely or to challenge them completely.

So I’ve gone for the second option and I’m challenging 94allstar to remove your mask of anonymity and state who you and then stand by your comments. You might even find it liberating.

For me, the joint decision by the squad and management to remove four players from the panel for a breach of the code of conduct they all signed up to was the right one. They were left with no option, unfortunately. Everyone had signed up to the code. It was spectacularly broken. That said, I also know it was one of the hardest decisions those young men will have to make in their sporting careers. Before them sat four friends with whom they have trained for the past seven months and with whom they had just enjoyed a successful trip to New York (bar one who missed the trip due to exam commitments).

From my past experiences those trips really bond a panel together and allow you get to better know lads you mightn’t have previously. Everyone on the trip got to let their hair down. There was ample time for socialising after the game – two full days and nights. They arrived back in Ireland fully focused on doing everything in their power to get their county into a Connacht final for the first time in 13 years. Nothing was going to detract from the preparations. Everyone was standing shoulder to shoulder. A squad united in a single purpose. Except, of course, that turned out not to be the case.

Some members of the squad decided that the rules they had agreed to no longer apply to them. That was the equivalent of giving two fingers to the rest of their team mates and to their management team.

I know many supporters around the county are struggling to understand why a player should be removed from a squad for going on the rip, regardless of how public or inappropriate it may have been. I’ve heard the argument that it’s still weeks to the London game and they would have it run out of them by then. An extra training session would have sufficed.

But it’s about something much deeper than that. It’s about values and trust. It’s about the knowledge that before entering the red hot battle of championship, each and every member of a panel can look into the eyes of the man sitting beside him and see therein reflected the work, sacrifices and commitment he has made.

Let’s remove it from the sporting realm for just a moment. If a stranger sits in a room with you and tells you he is going to do something and then does the exact opposite will you trust him a second time around to remain true to his word? Unlikely. If a man who has already broken his word to you sits in a changing room and tells you he will put his head in where no one else would put his boot, will you believe him? There will be doubt.

And doubt is a cancer in sport. It seeps from one player to another. It oozes from the training field into match situations. It causes management to second guess their players and players to question their management team. It is to belief what rust is to iron.

Do I have any sympathy for the four players in question? Of course I do. They are decent lads and amateurs players who have represented their clubs and county with distinction in the past and now find themselves in the middle of a horrible situation. The decision by their friends and team mates was nothing personal. I wrote before about every action having an equal and opposite reaction. Perhaps the boys thought they were indispensible, that no action would be taken (they certainly made no attempt to ensure their ill-advised behaviour would go unnoticed.) They failed to recognise that no individual is bigger than the team.

Before the arrival of Jim McGuinness as manager Donegal went through similar breeches of discipline on an annual basis. It thwarted the potential of a great football county year in, year out, since 1992. McGuinness has built his team’s success on four pillars: hard work, discipline, individual accountability on and off the field, and above all, a realisation that the team over-rides all else. Did McGuinness know this would bring All Ireland success? No, but he believed if he got every player to buy into this philosophy they could reach their full potential. He also knew that 30 Donegal men playing to their full potential could achieve anything.

I believe 30 Leitrim players operating at their full potential can also achieve great things and a Connacht title is a realistic goal. I never achieved that personal goal in my playing days. Is that a regret? No, because I know in my heart that I couldn’t have done anything more to try and make that happen. I took no shortcuts. I know I achieved my potential as a player. There were seasons when I was faced with the same tough decision the lads had to make last week and in each incident I opted for the same decision they did. Unfortunately, the majority of the panel I didn’t always agree and those who did didn’t always have the backing of a management team with the same long-term vision as those in charge right now.

What Barney and George are trying to achieve with this team is excellence. They are trying to make sure that everything is in place to assist this great bunch of young lads in reaching their maximum potential. They are also trying to instil a consistency of excellence that will be carried as a legacy from year to year so that all those who pull on the Leitrim jersey in the future know exactly what is expected of them all the time.

Winning may well prove one destination along that journey – that is certainly the aim. But if the players buy into this philosophy then win, lose, or draw, they will come away from their inter-county experience not just as better players but as better people too. They will be better capable in their lives of dealing with the ‘slings and arrows of outrageous fortune’, or should they choose to, ‘to take arms against a sea of troubles’.

Some people may feel the squad is in a sea of trouble right now. There is no denying the fact that they are in unchartered waters. But they have men of character and experience at the helm, a crew with deep convictions manning the deck, and a captain with the potential to steer that motley crew through some choppy waters. I know I for one will stand by my county team and management and respect them all the more for the hard call they have made, and that I look forward to standing shoulder-to-shoulder with other like-minded supporters in Pairc Sean MacDiarmada on June 23 as we collectively attempt to steer the good ship Leitrim into the Connacht final.