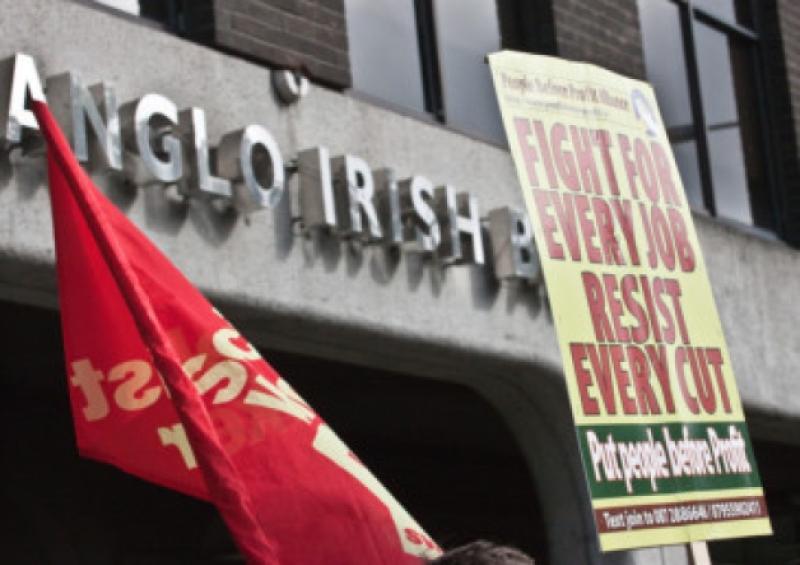 We are a funny bunch. We will take the bad weather, we will take the high cost of living, we will take the crony politics, we will even take a property crash, emigration and massive unemployment. We can be philosophical about the decline in our incomes, resigned about the decrease in the value of our homes, heartbroken about the loss of our family and friends to Australia, Canada, England and The US, but we usually bear all our crosses with fortitude and silence.

We are a funny bunch.

We will take the bad weather, we will take the high cost of living, we will take the crony politics, we will even take a property crash, emigration and massive unemployment. We can be philosophical about the decline in our incomes, resigned about the decrease in the value of our homes, heartbroken about the loss of our family and friends to Australia, Canada, England and The US, but we usually bear all our crosses with fortitude and silence.

On my return from my honeymoon, I was confronted by the public slap in the face that has been called “The Anglo Tapes” and I’m just not sure the hard wearing Irish Public are able to take anymore.

We Irish have a long history of having borne hardship well, we have a rich tradition in being downtrodden and trying to face adversity with wit, and a smile.

As a matter of fact, we are more likely to make up a song about our hardships than do anything about them, with Pat Shortt and Conal Gallen springing to mind.

But I firmly believe that the sleeping giant inside us is about to be woken.

The gross insult which was exposed in the tapes by Ballinamore man Paul Williams in The Independent is I think a bridge too far for our good humour and resilient nature to bring us across.

Never have I seen such a landmark change in the attitude of the people of this country. There is a seething monster of anger building and growing force and momentum inside the heart of every single person I have spoken to since I came back.

The most conservative and cynical people I know are looking for a way to vent their anger, they are looking for somewhere to protest, somewhere to put a head on a spike. I have never seen a situation where the entire consciousness of the country has just flipped to ‘anger’ so quickly and so radically. Having been away for a few weeks, the change is really dramatic and noticeable.

The country was given the rare view through the keyhole of this world of privilege, this cosetted world of bankers and billions, and we were all shocked to the core about what we saw.

The condescension, the playful way they threw about billions and laughed about putting the squeeze on those who were bailing them out, the absolute disregard they have for the consequences of their actions. It would all be pretty infuriating to listen to under any circumstances, but to hear them talk so flippantly about their actions when we have had to live with the radical consequences is just too much for the Irish Public to take.

It takes a lot to get to the people of Ireland. It takes oppression, natural injustice, small elites stamping their boots on the necks of the rest of us, but the Anglo Old Boys club being revealed for what it is, has really got to us.

Sadly, this is just the beginning of revelations that are to come out. Speaking on North West Today with Niall Delaney, Paul Williams, who has done the country some service in breaking the story, said there is more to come from the Anglo tapes.

A mealy mouthed David Drumm, hiding out in posh parts of Connecticut, told Irish journalist, Niall O’Dowd, that there was more to come out about the other main ‘pillar banks’ and the most recent tape released highlights Drumm’s concern about AIB, how and who it was lending to.

The next revelation might be one too many for the people of this country.

We have all questioned ourselves about why we aren’t ‘out on the streets’. But we should be careful what we wish for.

Our country’s children and their children’s children and grandchildren will be paying back for the economic crash of 2008 for decades and possibly centuries to come. If we look to the United States of America, who were swift with their investigation into the crash of Lehman Brothers bank - under twelve months it took – however, almost five years on, the powers here in Ireland are still considering their options..... I hope and pray for all our sakes that swift decisive action can be taken to bring accountability and justice to this mess. Because if it doesn’t, the tide of anger building now will be unstoppable and the next revelation will be one too many and people may start to take things into their own hands.