The Seanad - the disposable second house? 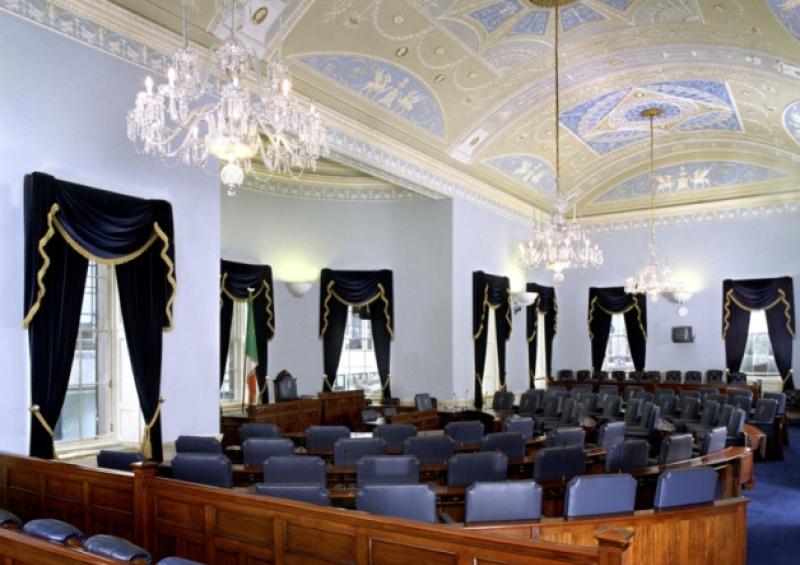 I thought we might have learned some lessons from the ‘Celtic Tiger’ days. At the height of the boom, there would have been a pervasive attitude of ‘if it’s broken just chuck it out’. We got used to a disposable society, where something would have been replaced rather than repaired.

I thought we might have learned some lessons from the ‘Celtic Tiger’ days. At the height of the boom, there would have been a pervasive attitude of ‘if it’s broken just chuck it out’. We got used to a disposable society, where something would have been replaced rather than repaired.

Now where you and me grew up, things were different. If something was broken, you’d fix it, if it needed to be broken apart and stripped bare before it was built back, so be it. You didn’t shy away from the job in hand, you fixed it, you didn’t just throw it out.

So why is it that we are all so ready to throw out Seanad Eireann? The second house of our state, the balance to the Dail, the middle step in our democratic process of creating and agreeing laws? I’ll tell you why.

Honestly the abolition of the Seanad, in my opinion, will prove in time (for it’s too late to stop it happening now) to be the worst, most retrograde step in the history of democratic institutions of this country.

I can see the history books now - ‘and so the institutions of the Irish State failed, and instead of being reformed and fixed, the Irish people agreed to get rid of them’. Utter stupidity.

Is it beyond our capabilities to reform the Seanad? Are we so stupid that we can’t see that all our political institutions fail to work, how they are all in need of reform?

Reduce the expenses in the Dail? Yes. Reduce the number of politicians in the country overall? Yes. Have strict codes of ethics and performance that are rigidly informed for anyone in public life? Damn right.

But just throw out the Seanad because we couldn’t be arsed by actually trying to fix the problem that pervades our political system is far deeper than just the tinkering at the edges that has gone on so far.

In fairness to Enda and Co, it has been a masterful piece of politics, one of the best political slights of hand ever seen. ‘Unhappy with how your country is being run? Look over here, we are going to have a little public hanging to keep you all happy’.

The good thing is that the Seanad would be so bloody easy to reform. It would be simple to make such radical and sweeping changes that would be meaningful, it’s a little embarrassing that no one has actually tried to tackle this issue so far.

I mean they could have easily done something radical and meaningful, like introduce democracy to the Seanad. I mean, seriously, what is the point in having a House of the Oireachtas, that is elected by just university graduates and county councillors ?

Why should the Taoiseach get to install a bunch of his cronies? What power has the Seanad to investigate, to knock down bills or send them back to the Dail ?

Why has it been allowed descend into a second-hand talking shop, seen as a retirement home or launch pad for political careers ? And I’d be the first to admit, it has all these problems.

But that doesn’t mean you just throw it out!!! Just cause the dog has fleas, it doesn’t mean you shoot him. The Seanad, over the years, has proved to be the source of some well-reasoned debate, some logical positions being taken and some truly great political careers having been forged.

Sinn Fein’s young Pearse Doherty, who is widely accepted as being one of the best and most competent opposition politicians in years, cut his teeth in the Seanad and the country is a better place for it.

Leitrim is well served by our two current voices in the Seanad,Paschal Mooney and Michael Comiskey. Two men who are truly committed to giving a voice to the area they come from, and debating the issues on the floor from abortion to abolition.

In fact, we were unlucky not to have my good friends Enda McGloin and John McCartin sit in the Seanad, as they only narrowly missed out having been elected last time out.

Are there problems with the Seanad ? Yes! But that’s not the question we should be asking ourselves. The REAL question is the way ALL of our political institutions and cultures work in this country.

To tinker with something like ‘Seanad Eireann’ is to miss the real opportunity to carry out the sort of meaningful and far reaching political reform this country needs from top to bottom. So far, we have already agreed to the abolition of local town councils across the country without even a whimper.

Are we to let the rest of the democratic processes of this country which were set in place by the men that forged our constitution, be eroded without even asking if it’s the right thing to do?

I am not going to draw direct comparisons but any student of history will point you in the direction of many instances where societies under pressure have reduced their democratic checks and balances, eroded their safeguards out of frustration and the lack of will to reform them. Trust me, none of those cases worked out too well.