Still leading by example; the legacy of Dermot Earley 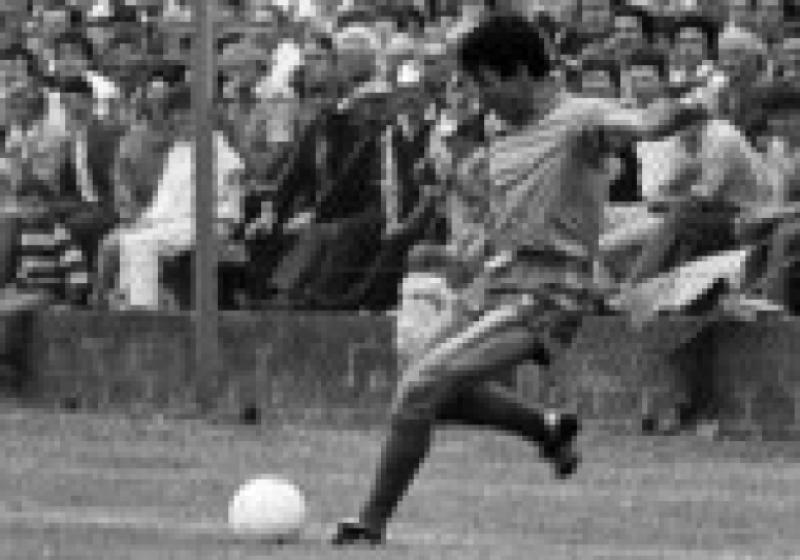 On Saturday in Croke Park we commence a youth leadership initiative in his honour aimed at assisting young men and women aged 15-18 years-old to fulfil their full potential on and off the playing field. From a young age Earley was a driven individual. Obsessed with football, he devoted every spare hour to honing his skills. Combined with a great dedication and natural physique, his will to win and never say die attitude marked him out as a formidable player from an early age. From an early age he also knew he wanted to dedicate his life to a career in the armed forces.

Earley would achieve great things in both his sporting and professional life, and he has become renowned as one of Ireland greatest ever leaders. Sport wasn’t big in our household when I was growing up so I never got to see Earley in action or listen to his exploits on the radio. However, in order to become a facilitator in the Dermot Earley Youth Leadership Initiative I had to receive four days training in NUIG. Part of the course work involved researching and writing a report on what made Earley a great leader.

Great leaders possess a multitude of outstanding characteristics, and Earley was no exception. In his professional career, his desire to serve his country and contribute to his fellow man drove him to on to ever more influential roles. He had a natural way of bringing people along with him. Always willing to lead by example, he was also humble enough to seek advice and support when necessary. In one of the most distinguished careers in Irish military history, he worked his way from cadet to Chief of Staff of the Irish Armed Forces between 1965 and 2007. From 1987-1991, Earley served as Deputy Military Advisor to the UN Secretary General in New York, and during his decorated international Peace Keeping deployment was credited as being instrumental in the negotiations that helped end the Angolian Civil War in 2002 amongst other important work.

On the sporting field he was also exemplary, and is recalled as one of the greatest players never to have won an All Ireland senior medal (he did win an U21 title with Roscommon in 1966). While naturally disappointed not to have achieved this lifetime dream, he appreciated there was more to sport than winning. Incredibly driven, he was never beaten and epitomised the belief that there was honour in playing to the best of your ability and exhausting ever ounce of your energy in search of victory, regardless of the result. Such values were etched into Earley as a young boy by his loving parents.

For me, it was his charisma that shone through and the day of his final match in the primrose and blue of Roscommon revealed just how much the man meant to those around him. It was the Connacht final of 1985, and having beaten Galway in the semi-final, Roscommon wore the favourites tag against Mayo in the provincial decider. It wouldn’t work out that way, however, as Mayo, playing with a strong wind in the first half, amassed an unassailable lead. At the end of the game, known to be Earley’s last at inter-county level, the Mayo players hoisted him on their shoulders to present him to the crowd. It was a wonderfully spontaneous and magnanimous act from the Mayo players, led by their own midfield legend Willie Joe McPadden. Such recognition from one’s peers doesn’t come any higher on the sporting field. I can’t imagine that happening in any other code.

Unfortunately Earley’s life was cut short and he passed away following his battle with cancer on June 23, 2010. His legacy remains for all to see and hopefully through this new Dermot Earley Youth Leadership Initiative a new generation of young leaders can go on to lead equally inspiring lives in their own way.