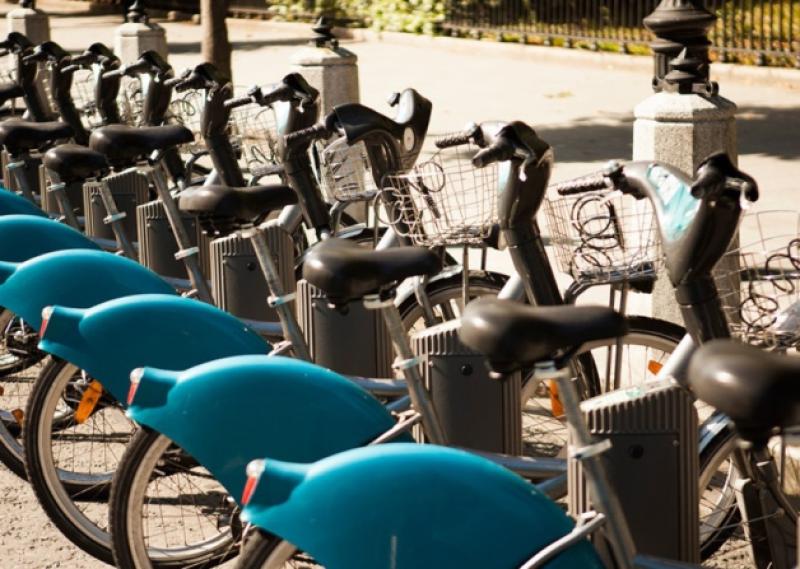 Not only it is great for people’s health but it reduces pollution and traffic congestion in our capital making it a more appealing city for residents and visitors alike. A welcome side effect is the number of bike shops popping up all over the city offering budding entrepreneurs with a passion for peddlers the opportunity to serve this new population in innovative ways.

For me, cycling is the only way to navigate what is a relatively small European capital. I know the city like the back of my hand as I have cycled every inch of it since I first moved there as a student in 1994.

Cycling has revealed to me spaces in the city I would never have otherwise encountered, offered me welcome respite from the density any space with that much concrete occasionally carries, and has, over the years, saved me a fortune in taxis and public transport. In turn I have offered the choked roads one less car on countless occasions.

Back in the early ‘90s cyclists were as rare as the corncrake is now. Couriers were most prominent as they plied their delivery trade in their motley uniforms and counter-culture hairstyles.

Dublin’s traffic was a nightmare back them and these two-wheeled warriors ensured the prompt delivery of packages when delivery vans sat bumper-to-bumper in gridlock. Their motor-biked brethren were a more dangerous breed entirely; many ran the gauntlet like the leather-clad lunatics from Mad Max and the Thunderdome.

As the number of cyclists continues to grow so to do the number of motorists who feel they have a God-given right to be king of the roads. Principal amongst these is the proverbial wind-bag that is George Hook. The former rugby pundit regularly pollutes the airwaves with his rants against all cyclists because from time to time he encounters some idiot on a bike who doesn’t respect other road users.

There are many of them out there but not as many as there are motorists who jeopardise lives with their arrogance and impatience. The most common crimes I witness from motorists are running amber and red lights and the use of mobile phones, both of which are rampant in Dublin.

I hold my hands up and admit that I regularly break red lights while cycling. This is usually done while turning either right or left with the flow of traffic and I never do it without either coming to a complete stop to make sure it is appropriate to do so or simply yielding to any traffic with the right of way. This, I feel, should be one of the incentives available to cyclists.

Our journey takes more effort and in order to encourage more to take up this mode of transport certain rules of the road should be skewed in our favour. If you have driven in America or many parts of Europe you will be familiar with the common practise of allowing motorised vehicles to turn with the traffic flow despite red lights once they have yielded to any traffic with the major right of way.

Instead, the Irish government announced last week a number of new traffic infringements for cyclists that will carry on the spot fines of €40. Some of these are so obvious that anyone already breaking them will certainly not have their behaviour changed by the introduction of a law, such as stopping for a pedestrian crossing or cycling on footpaths.

Any laws should be based on best practise and while there is evidence out there indicating the prevalence of red light breaking by cyclists in Dublin (four in ten according to one report) I have not found one report indicating that such behaviour results in increased accidents.

Last week in Paris it was announced that cyclists would be allowed to break red lights following research that showed such a move would not result in accidents. They are to introduce a ‘cyclists’ privilege’ system at red lights similar to the one I outlined above for a trial period until the end of September and assess its impact. It must be interesting to live in a country where new laws are based on evidence, sprinkled with common-sense, and subjected to due trial and testing before being fully rolled-out. Here we let hyperbole dictate the debate and watch our parliamentarians race to react.

There are courteous, considerate drivers out there. Just as there imbecilic cyclists. I witness both every day and their polar opposites. No law can enforce courtesy and consideration for one another on the road. If we could muster such simple laws of decency we would all contribute to more people arriving at their destination safe and sound, whether we’re behind a wheel or a set of handlebars.