Are minnows still in with a fighting chance? 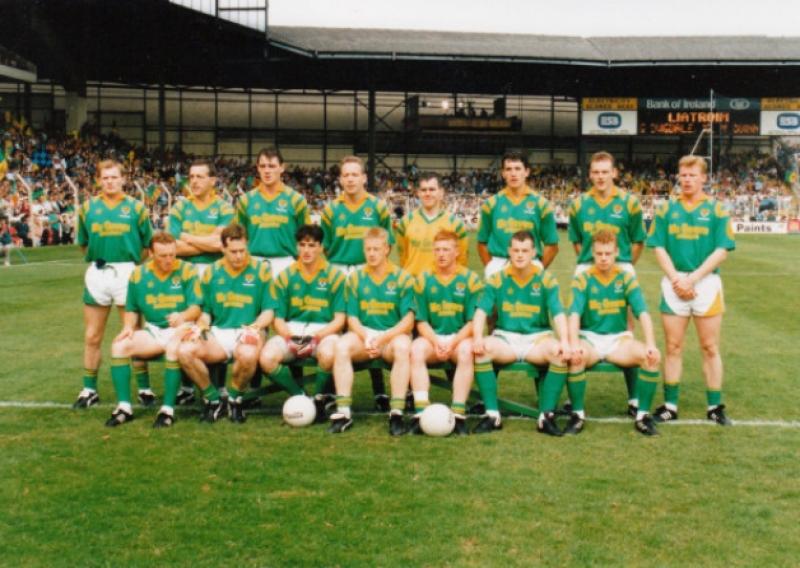 Watching Dublin destroy their latest opponents in Croke Park on Sunday wasn’t an enjoyable experience. It appeared as if a monopoly was forming on the football field and there didn’t appear to be a lot other counties could do about it.

Watching Dublin destroy their latest opponents in Croke Park on Sunday wasn’t an enjoyable experience. It appeared as if a monopoly was forming on the football field and there didn’t appear to be a lot other counties could do about it.

I know it’s hard to predict what each long and capricious championship season will hold, but having witnessed the Dubs turn around a ten point deficit against Cork to win by seven in a semi-final many felt would prove a real test, there is an ominous feeling in my bones that Jim Galvin’s side are currently in a different league to anyone else out there.

It’s true that some of the finest exponents of the modern game are currently wearing the sky blue.

I’m talking about Paul Flynn – the best player in the country for the past three years in my mind; Michael Darragh McCauley – one of the most effective if unconventional (perhaps because he’s unconventional??) midfielders of the current era; Stephen Cluxton – the goalkeeper who finally made the game realise that every possession is king, not to mention his unnerving free-taking from distance; Bernard Brogan – an obvious choice, but still a player who can look like he is being well shackled for large periods of a game and still end up top scorer; and all their multiple choice half-back line.

But it’s not their great players that make them so good; it’s that they have so many very good players to back them up. Every Dublin player is an athlete in supreme condition that can also play football. Their management has fashioned a team ethos and system of play built on high intensity football designed to shock and awe an opposition.

Derry tried the blanket defence at the start of Sunday’s League One final and Dublin played through them – the runs the Dubs were making off the ball created so many options Derry couldn’t plug all the holes.

Even when they thought they had the path to goal well chaperoned and Dublin struggled to break the line, they changed their approach and showed again their ability to shoot from distance.

An additional option of attack – which Derry also struggled to deal with – was Eoghan O’Gara.

Now I never rated O’Gara as a footballer, but I have to take my hat off to him after Sunday’s performance.

While he is still a battering ram – and used very effectively in this role – his ball skills have advanced enormously as has his decision making.

He’s much more comfortable in the role of provider now and will to draw a few fearful defenders once he wins hard 50:50 possession, but instead of the many wild shots he used to be guilty of he is now better able to bring his team mates into the game and offer them genuine scoring opportunities.

He offers the perfect bully balance to the silky skills of the Brogan brothers and the class of Diarmuid Connolly. His development as a player is not something any opposition wanted to witness.

Watching the Dubs empty the bench in the second half (it had become an exhibition game at this stage) my mind was taken back to the launch of the Leitrim Supporters’ Club in Croke Park in January when I interviewed Declan Darcy and Emlyn Mulligan.

One of the questions I put to the 1994 captain was about the advantage Dublin’s population offers the county’s management team.

Declan pointed out the success achieved by the tiny parish of Aughawillan during their heyday claiming that the familiarity and bond generated in a tight-knit group can counteract the benefits generated by any numbers game.

There is a truism in that, and it’s one of the reasons why the big town teams don’t always win the county championships.

However, Dublin appear to have created a bond with this particular group of players that is as tight as any rural parish club. Their hunger appears undiminished by their success last year – in fact the addition of many new young players, not to mention the strength of the U21 side (who play Roscommon in the All Ireland final this week) makes the future look frightfully bright.

That said, the success of the Leitrim minors in the Connacht league, and the strides made by the U21s in reaching the Connacht final following some strong Hastings Cup performances, suggests there are shoots of hope for the county’s faithful to look towards also.

If such faith ever waivers, as it does occasionally, we need look no further than the Good Book and the tale of David versus Goliath. It’s always good to be reminded that no matter how big the giant grows, the right shot from a wee man can still take him down.