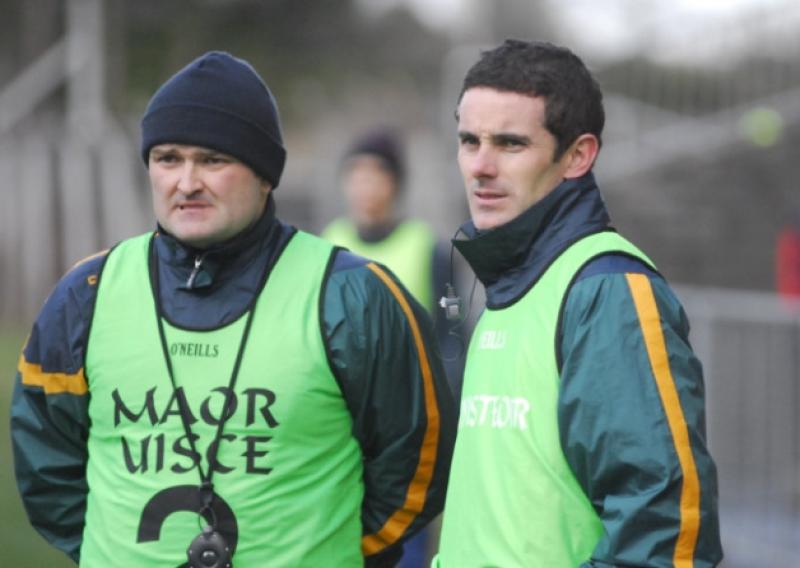 I was cycling into work this morning when I heard of Shane Ward’s ratification as the new Leitrim manager. It was good news in my opinion. His appointment, if backed up by a number of additional elements, brims with potential.

I was cycling into work this morning when I heard of Shane Ward’s ratification as the new Leitrim manager. It was good news in my opinion. His appointment, if backed up by a number of additional elements, brims with potential.

Shane has a proven track record as a young up-and-coming manager across a variety of grades and that Leitrim represents his first foray into the senior inter-county grade is an opportunity for the county and the man himself. Gregory Sweeney and Benjy Drummond, who completed the backroom team with the Leitrim U21s last year, will remain on as Shane’s selectors while John McKeon and others will assist in a formalised regional training set-up for those not based at home.

Every Leitrim fan should be pleased that the new management set-up will continue their work with the U21 side while extending their remit to the junior team also. Not only does offer greater continuity and stability, it also implies that the management team have the time and wherewithal to take a whole system approach, hopefully ensuring that all footballers of potential in the county cross their path.

It’s dangerous to read too much into the U21’s brilliant victory over Galway last year. One off wins are indicative of very little other than emphasising what is possible on any given day. The challenge is to make sure such performances are possible on every given day. Nonetheless, when you look at that win in the wider context of Shane’s managerial experience to date you see a trend developing: he tends to get performances out of the teams he works with. This includes managing Aodh Ruadh to their first Donegal U21B success in 20 years last season.

Shane’s involvement with various development squads and Drummond’s involvement with Glencar/Manorhamilton this year suggests a breath of knowledge of those playing club football in the county – an important starting point for any inter-county management set-up.

There remain some important caveats to achieving success both internal and external to the new set-up. Let’s start with the external. The division and derision that has festered amongst elements of the Leitrim supporters over the past two seasons in particular must be put to one side. The appointment of a Ballyshannon bred management team, the leader of whom teaches in Manorhamilton, could prove fodder for the idiots who push the ridiculous agenda based around some imaginary north/south divide in the county.

Any utterances should be ridiculed every time you come across them whether they are made in public or on online faceless platforms.

Positivity is an infectious thing, and we badly need a good dose of it in the senior set-up. The past few seasons have taken their toll on the lads who committed to the jersey, and they need to feed off the energy a united support base brings.

The past must also be left in the past . The new set-up will, I’m sure, allow everyone who is willing and able the opportunity to prove themselves fit and ready to adhere to the requirements of the new set-up.

Internally, the completion of the Centre of Excellence has to be a top priority for the County Board. Joe Flynn and members of his team are nearing the end of their five year term and they need to ensure everything possible is done in the next few months to make this happen. Ditto for whoever steps into the breach at convention. This centre is so close to completion we need to get over that final hurdle. What it could offer is revealed in the name – a centre for excellence for Leitrim football.

A long-term view must be taken if the lads are to be allowed time for their system and training methods to truly embed. If you listened to Jim McGuinness’ interview on Newstalk last week, you would have heard Donegal’s All Ireland winning manager align his reasons for taking a four year term with the Olympic cycle. It takes that long to see training methods, strength & conditioning work, playing systems, nutritional plans, and belief systems to truly embed and have their desired impact.

From the outset he predicted a Donegal achieving a level of performance that would enable them reach an All Ireland final by 2014. That’s exactly what he has achieved, with the considerable added bonus of an All Ireland title in 2012.

I’m not suggesting our Donegal management team should set such lofty goals but why the hell not either. I expect them to demand similar levels of excellence and commitment and when those two elements combine under the correct management then anything can happen. That will require patience and support, and a little sacrifice from our clubs at times too. What it will bring, only time will tell. I for one will be rooting for them.