Three long weeks for Breifne across the Nullabor plain 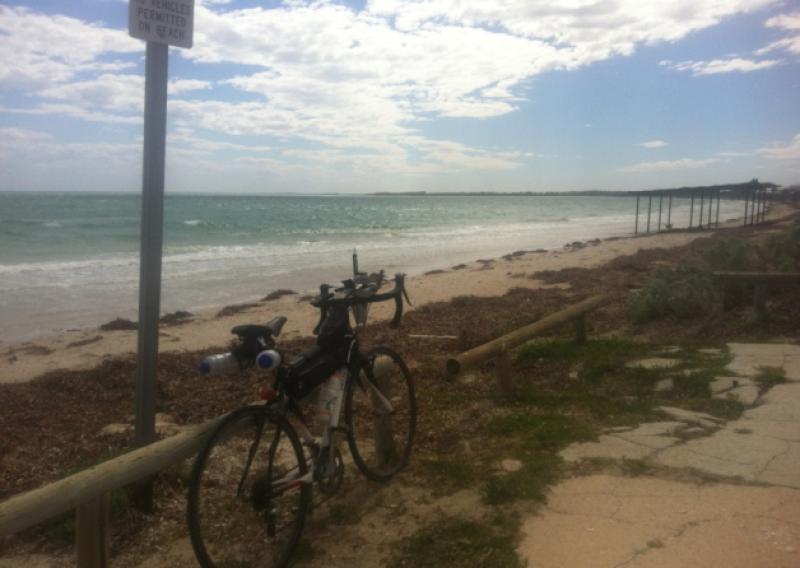 I’m sitting in the small seaside town of Streaky Bay in South Australia just a day out of Ceduna and the Nullarbor Region across the coast of the Great Australian Bight.

I’m sitting in the small seaside town of Streaky Bay in South Australia just a day out of Ceduna and the Nullarbor Region across the coast of the Great Australian Bight.

That expedition across the Nullarbor been a long three weeks full of amazing sights, people and experiences but the stretch through the plain and the Australian outback has really been a highlight for me.

The night before reaching the township of Ceduna I stayed at the roadhouse in Nundroo and had the good fortune to bump into Rob & Brennan Price, a father and son duo who had a farm in the area. They invited me to stay with them at their home in Ceduna the following evening.

The hospitality was fantastic, and I was included as one of the family for the few days I spent with them and Rob’s wife Pauline and his sister Maree. Waking up after a day out of the saddle to high winds and threatening clouds they insisted I stay a further day with them. When the same conditions occurred the following day I had to refuse their kind offer and hit the road.

I set off for the town of Streaky Bay about 125 km down the west coast of the Eyre Peninsula, stopping at Smoky Bay for a bite at lunch time. After enduring a short lightening and thunder storm along the route I was passed by a group of 25 or 30 motorcyclists as I approached my final stop for the day.

I pulled into the service station to refuel and the riders were still floating around topping up their fuel tanks. I was approached by some of the event organisers who recognised me from a few kilometres back out the road. They were riding across the country from Perth to Canberra to raise money for Bright Blue. a children’s charity run by the commissioner of police in Western Australia

They invited me to join them for a bite to eat that evening and I had a fantastic time chatting to them about their ride, swapping stories about our respective experiences across the country and the subject of depression and mental health was common around the dinner table and over drinks afterwards.

A number of people approached me and wanted to share their own experiences with the illness. It is such an honour when anyone chooses to confide in me about what for most people is such a personal issue. A number of people approached me with offers of drinks, food and donations for the charity, when I got the biggest shock of the entire trip so far.

As the majority drifted off to bed and there was only a handful of people still around the table when Terry, the guy who’d been sitting beside me chatting for the previous two hours offered me a very generous four figure donation. I thought he was joking. Turned out he wasn’t. His donation when converted to euro wasn’t a round figure so he rounded it up to what remained a very healthy four figure donation in euro also.

The next few weeks will take me through Adelaide and Melbourne before I turn the corner and head towards Brisbane through Sydney and on to New Zealand.