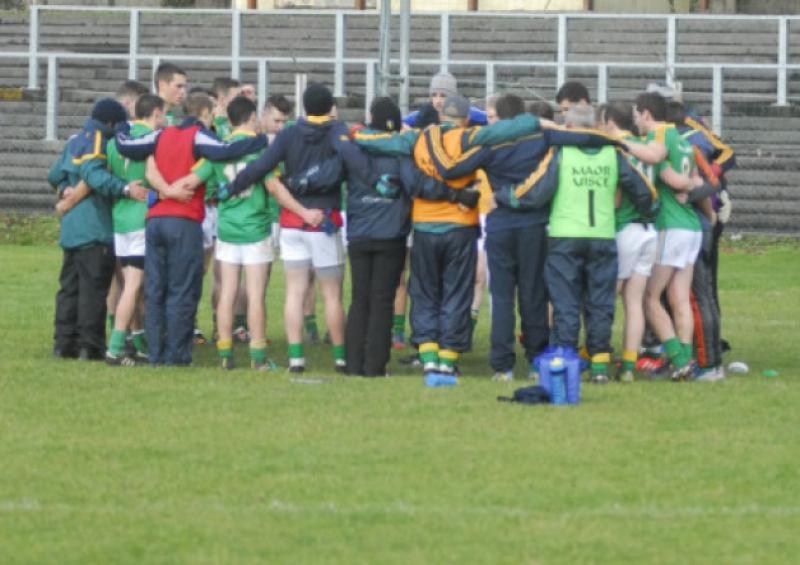 Put aside Sunday’s team game for a moment – which will have been covered in detail elsewhere in the paper – and let’s look instead at some of the incredible personal stories that were involved.

Put aside Sunday’s team game for a moment – which will have been covered in detail elsewhere in the paper – and let’s look instead at some of the incredible personal stories that were involved.

This was Shane Ward’s first competitive match in a national competition as a senior inter-county team manager. Had you heard his address at the Supporters’ Club launch in Croke Park on January 22, you would understand just how much it means for this young man to be responsible for the Leitrim team.

He appreciates that his position is a privileged one and that his actions and words – along with those of the impressive backroom team he has amassed – have the potential to positively influence the destiny of this group of young men, not just as footballers but as people.

Despite his fledgling years (Shane is only 33 years-old making him the youngest inter-county manager in the country right now to my knowledge) the Ballyshannon man appreciates that athletes are people and people are athletes and to unduly separate one identify from the other will only serve to diminish the sum of their parts.

Creating an environment in which each player can not only reach their potential but surpass their expectations is quite rightly Shane’s aspiration; for we underdogs can all too often find ourselves bound by the weight of history rather than expectation.

And while no elite sportsperson will ever treat victory and defeat like two imposters existing on either side of a coin, performance will be the mint in which Leitrim’s currency will be forged. And the management team will be happy with the performance their young guns’ achieved on our behalf against Longford.

While Leitrim held the lead for the vast majority of the game and would have won on points had it been a boxing match, Longford probably looked more likely to deliver knock-out blow, only for Cathal McCrann to pull off a number of great saves to deny our midland neighbours.

Sean McCormack’s late goal would have been a cruel blow had it stolen victory and the side showed its mettle by responding immediately to tie the game through young Ciarán Gilheaney.

What a year this lad has had. If you read form books, I prefer McGahern to be honest, 2014 should have been another year of struggle and strife for Ciarán and his band of merry men in Aughawillan.

A great effort to emerge from the group stages would have been considered a solid year as long as it was backed up by retaining senior status in the league. Instead he helped his team mates tear up the predictions as they put waste to all those who stood in their way in the Leitrim championship before delivering a fatal blow to their neighbouring champions from Sligo too.

Last week he adorned the cover of the Leitrim Observer with his girlfriend Roisín as he proudly displayed his recently collected club player of the year award. This week his equaliser will ensure his name returns to its more familiar locale on the back pages where I’ll look forward to reading about his exploits for many years to come.

While Roisín would have been proud as punch as Ciarán swung over the equaliser, the watchful eyes of another woman with more than a little vested interest in Sunday’s result would have welcomed that sight too.

Gráinne, Shane Ward’s wife and a native of Manorhamilton, is expecting their first child this March and I suppose we could say that she is single-handledy responsible for the current Leitrim management set-up. They’re few and far between the women who could take a young Donegal man from Dún na nGall, for the Forte of the Foreigners isn’t easy to breech.

Gráinne, more than anyone, knows what Shane and has vested in this team and the sort of commitment that is required to look after the fortunes of not only our senior panel but our U21squad too while throwing the occasional eye over to the U16s where his neightbour Ronan Haslette, there in the stands on Sunday offering his support, has stepped into the breach with another great guardian of Leitrim’s future talent, Seamus Mallon.

But there are two teams in every game and my thoughts turned to Enda Williams on a number of occasions on Sunday as he lined out for his native Longford against many of his former team mates. I always admired Enda when he wore the Leitrim jersey. He put his body on the line for the county of his father’s birth and did so without any fuss or ceremony. He did the same for Longford yesterday.

The GAA is, as Rory Gallagher might have sung, all about wheels within wheels, and of arrival of Dublin legend Jack Sheedy’s as the new manager of the O’Farrell County helped turn his inter-county focus Longford’s direction once more, for Enda was a fellow Lucan Sarsfields club man up to the age of 13 before his family moved to Longford.

And so another year has begun and with every game that features 30 men or more engaging in the physical and mental tête-à-têtes that dominates the action on the pitch of play a hundred more conversations reverberate in the background weaving the GAA into the fabric of our lives on and off the field of life.