Heading into the heart of Leitrim, at the very core of the Big Apple, NYC 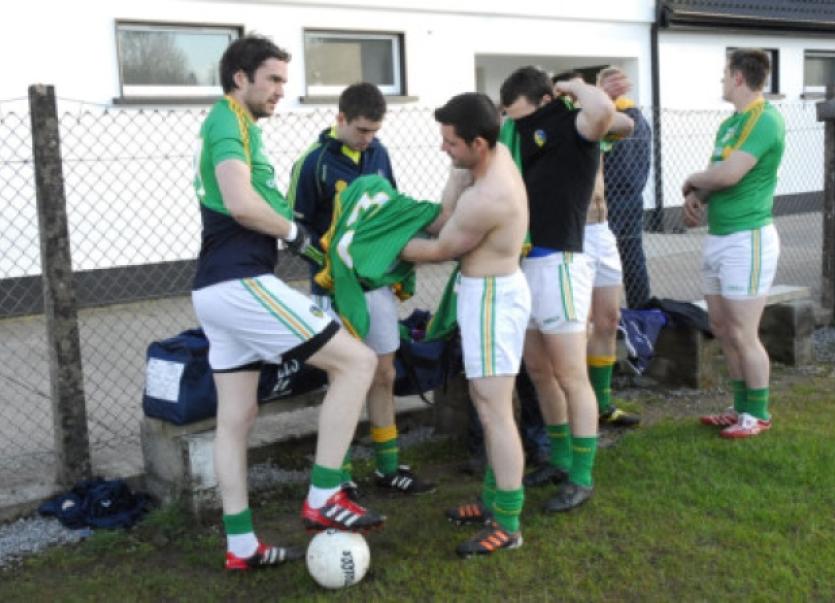 The security staff at Dublin and Shannon airports are about to be exposed to a retrospective exhibition of Leitrim club and county. This Sporting Life - Colin Regan

The security staff at Dublin and Shannon airports are about to be exposed to a retrospective exhibition of Leitrim club and county.

Old gear bags are being dug out from under beds, from the back of wardrobes and rooted out from the attic. Vintage jerseys with old familiar names still emblazoned on the chest are being dusted down and stretch-tested for maximum mid-rib capacity. Numbers 1 to 34 and all in between will be represented. Hats, scarves and headbands are being checked and collected. The lyrics to Lovely Leitrim are being aired and then tucked away again in the depths of the lungs for unpacking in a watering hole in Yonkers. The loyal Leitrim brigade is off to New York.

The World Cup and the Olympics come around every four year; we have to wait five for our annual trip to the Big Apple. For many Leitrim fans the game has become akin to Mecca for the Muslims: you have to go once in your life. It really is one of the GAA’s unique occasions and one I hope that will continue as long as the championship does. Bringing our games to New York, home turf to so many legions of Connacht people, taps into a historical thread that not only spans sport, but the centuries. During the Famine period, about 650,000 Irish arrived in New York harbour. Imagine that for just a moment as you step through the arrival gates in JFK and think of all that has happened in the intervening years; take note of the name of the airport in which you have just arrived. Make the connection.

In 1847 New York had a population of approximately 372,000. 52,000 Irish arrived in the city that year. That’s the equivalent of everyone in Leitrim landing there this weekend, twice. (The 1841 census recorded Leitrim as having 155,000 residents; just ten years later it was down to 112,000 and still falling fast.) It’s hard to get your head around those numbers but it helps give you an idea of why the city remains so Irish and why so many Americans you meet during your stay will be able to trace their roots back to an Irish ancestor. Take the time to listen to their story.

Before the GAA was formed at a meeting in Thurles in 1884, those who had come to New York from our wee county had already formed ‘The Leitrim Young Men’s Association’ (first mention of the Association is mentioned in the Irish World on January 17, 1874).  At a meeting of the group the following were elected: Matthias K. O’Rourke, President; Owen Gilbride, Vice President; James McDermott, Recording Secretary; John Burke, Financial Secretary; Captain William James, Treasurer; Henry H. Flynne, Sergeant-at-arms; Thomas Stack, Patrick Devany and James Kilbride, Trustees. Quite a few familiar names on display.

The Leitrim Society of New York, as it is now known, hosted a wonderful dinner dance for the squad, backroom team and supporters in 2003 on the evening after our historic first match. Gaelic Park had its biggest ever crowd at that game that day, and nearly 1,000 people attended the dinner if I recall correctly. As players we were just grateful to have escaped with a victory after a thrilling game that went to extra-time and pushed us to the pin of our collars.

We were flying back home on the Monday, and really it was an insane schedule to put the players through. There was simply to time to relax or spend any time with the countless people you wanted to spend time with.

People from your parish who had travelled from San Francisco, Boston, Philadelphia, Arizona, Toronto, Washington, and elsewhere to take of bite of the little bit of Leitrim that made up the Big Apple that weekend. We returned home absolutely exhausted from what was a roller-coaster experience of a lifetime. Of course it was a trip home that one of us will never forget (but more on that if I successfully secure the rights to the authorised biography of a certain individual from Ballinamore – negotiations are on-going.)

The second trip in 2008 was a little more relaxed for everyone, except Dessie Dolan. Dessie, in case you didn’t know, is the Dennis Bergkamp of the GAA – he’s afraid of playing. Whenever we played London in Ruislip Dessie would take the long-route via car ferry, usually with his trusty side-kick and daughter Denise doing the driving. That option wasn’t open for New York, although I think Gary McCloskey may have suggested he should recreate one of the famine-ship journeys, for authenticity sake. In the end we went with the A-Team option (if it worked for B.A. Baracus it might just work for Dessie, we figured). Yep, we put some drugs in his milk. Well not literally, a mild sedative from the good doctor Loftus had Dessie as relaxed as a Junior C dressing room at half-time during a Bank Holiday Monday challenge match. (Speaking of Dr. Loftus, come Sunday, if I’m not mistaken, Declan will be the one member of the team who has represented Leitrim at all three games in New York.)

For the players there is a job to be done, and that will keep the minds focused until they can finally get their feet on and off the artificial turf of Gaelic Park on Sunday. For the rest of you, it’ll be a surreal trip into the heart of Leitrim, 3,000 miles from home in the heart of the greatest city in the world. Seamus O’Rourke will threading the boards (well) off Broadway (in Rory Dolan’s) as the Carrigallen posse in the crowd wonder was it them the latest character was based on while Fergal McGill plays tunes to the Bornacoola faithful in the shadow of the Statue of Liberty (well, JP Clarke’s the be exact).

McClean Ave in Yonkers will once again become the melting pot that saw it christened Little Leitrim as diverse cultures from Aughawillan and Glenfarne mix and mingle, and exotic accents from the northern-infused mountains tribes of Kinlough dance and sing with those from the plains of Drumshanbo. And you can forget Micheal Bloomberg, Tommy Moran is the Mayor of New York City this weekend. Sure where else would you be?