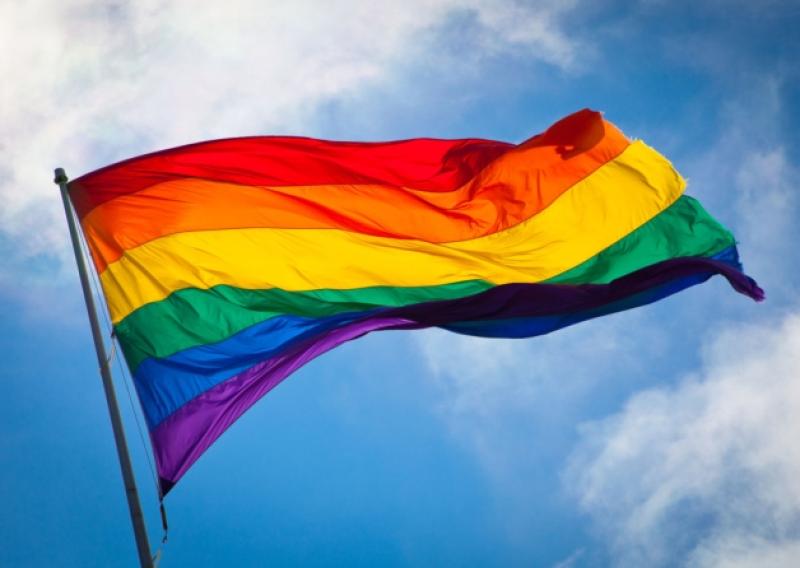 I was out in company recently. I was with a couple of lads that I have known for many years, but wouldn’t regularly socialise with, and I got the biggest shock I have had in a long time. Mixed Blessings with Kevin Blessing

I was out in company recently. I was with a couple of lads that I have known for many years, but wouldn’t regularly socialise with, and I got the biggest shock I have had in a long time.

Now don’t get me wrong, these are decent fellas, or so I thought. I couldn’t class them as friends and I don’t think I will after this incident but they are definitely old acquaintances that I hadn’t seen in a long time, who I just happened to fall into company with at a football match, for a while one evening recently.

We were chatting and having a talk about everything from the hurling final, to Mayo’s chances and the hope that everybody has for the green and red to beat the Dubs when the conversation took a turn for the worse.

I can’t really say how the subject arose, but we suddenly went from talking about sport to the Russian crack down on the gay population.

I was horrified by what followed. These seemingly normal solid lads from our county let out a string of homophobic abuse. A river of hatred spewed out of their lips all along the lines that the steps that had been taken in Russia, namely some highly abusive attempts to criminalise and demonise homosexuality, should be repeated here in Ireland.

I didn’t know what to say. I was dumbfounded, shocked, saddened and genuinely hurt that these sort of attitudes are still prevelant and shamelessly bandied about. I looked at the three lads I was talking to in horror.

I was a bit tongue tied but I managed to get out something along the lines of ‘you haven’t a clue what you are talking about lads. I know lots of great fellas that are gay that I am proud to call my friends’. I left the company who were a bit shocked and shamefaced at my reaction.

As I walked away shaking my head about this level of ignorant intolerance still being prevelant in rural Ireland, I cast my mind back to my own attitudes to homosexuality and remembered all too vividly how my own views hadn’t always been as enlightened as they are today.

In fact, to be honest, I too had once been the most intolerant and ignorant homophobics I know, and most likely that’s why hearing those intolerant attitudes regurgitated made me sick to my stomach. They reminded me of my old ignorant self.

You see, as a young student fresh from the ‘Burma Hill’ and down in the big smoke to study TV and Radio production in Liberties College, Dublin I was forced for the first time ever to face the facts, that the world was made up of all sorts and shapes of people.

To my utter horror, I found that there were black and white, Asian and African, straight and gay people with infinitely more knowledge and respect within the world of media than a young fella from Drumshanbo.

I will never forget our lecturer, a Mr. David Thom of the BBC, raising the subject of diversity with us. When he mentioned the issue of homosexuality and how this was something we would encounter in our future workplaces. I thought I was the height of hilarity when I said ‘no way!! its meant to be Adam and Eve, not Adam and Steve’.

It was a line that I had heard before, and had always been considered hilarious back at home by all the lads. Sitting there in the media course in Dublin, I wished the ground would open up and swallow me.

Every single person in the class turned their heads to look at the moron from the hill with disgust. To his eternal credit, David Thom took a deep breath and began to tackle the issue of my monumental ignorance and intolerance.

He outlined how he had the utmost respect for his colleagues on his team in the BBC. He spoke to me about the work they did, the reports they filed, the level of professionalism they brought to work, the intense attention to detail that was expected in the BBC. And then he pointed out that six out of the eight people in his team were gay.

He asked me should he not respect his production assistant who worked about four hours extra every day to deliver great results just because she was gay? He asked should he prefer to work with a less professional presenter because the excellent one on his team was gay?

He did me a big favour that day. He could have been angry or dismissive, he could have decided that my ignorance was not his problem, but he didn’t he took time to stop and explain why ability and attitude are infiniely more important than colour, creed or sexuality.

“Believe me if you are working a fifteen hour day to a tight deadline to deliver a programme for broadcast to the highest standard, you want the best people around you and believe me when I say you will not care or even think for one second about anything like their sexual orientation or their religion”, he said. And he was right.

Over the intervening years, I have had the great pleasure to work with a wide and varied group of people, big and small, skinny and fat, black and white, gay and straight.

I am proud to now be able to count among my friends and colleagues many people who prefer to share their love with someone of the same sex. And Mr. Thom was right, it is about the last thing you ever consider about someone in a work environment.

Really what matters is can someone do the job. I have learnt through experience that gay people are in fact amongst the most professional, hard working and dedicated colleagues I have had the pleasure to work with.

And now I am disapointed that I didn’t stop and explain more to the lads I left behind at that match.

I said instead I would write this piece this week in the hope of reaching more people and tackling the issue across the county.

I know many of you reading this may feel uncomfortable by the topic, you may harbour the same intolerance I had but when the topic next comes across your radar I ask you to remember my little Damascan conversion and think about this; do you have children?

There is a very popular song out at the moment by the artist Macklemore about the very difficult issue of young men wrestling with their sexuality and battling stereo types on all sides.