Power of positive thinking gets results 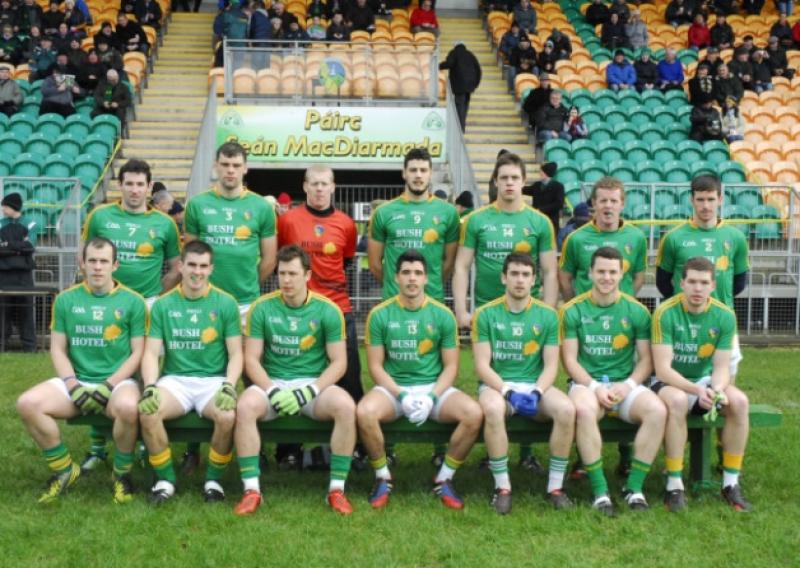 Never underestimate the power of positive thinking; in sport it’s often the difference between winning and losing.

Never underestimate the power of positive thinking; in sport it’s often the difference between winning and losing.

There’s a mantra that I often roll over in my head, and while I know it reeks of an American self-help book, it still rings true – whether you believe you can, or you can’t, you’re right.

Speaking to the squad members who attended the launch of the Leitrim Supporters Club launch in Croke Park on Thursday last, it was clear they just couldn’t wait to take to the pitch and show Antrim just how confident they are at the moment. They knew they have a squad capable of repeating the performance they displayed against Roscommon. They feel they are as well prepared as they can be. They believed they were going to win. And they were right.

There was a great ground-swell of positivity in the Celtic Suite on Thursday. The players felt it off the 200 plus supporters and former players who turned up and put their hands in their pockets to back the lads by buying tickets. The supporters felt it from the players and were thrilled to get the chance to mingle and chat with them.

The interview with Declan Darcy and Emlyn Mulligan allowed a small insight into what constitutes and motivates two Leitrim greats from different backgrounds and different eras.

The biggest cheer on the night came when Emlyn confirmed the only county jersey he would ever wear was the green and gold of Leitrim.

And then to have Leitrim Person of the Year Eleanor Shanley on-hand to lift the roof and lead the crowd in shared song sent everyone home on a high. The team knew they had the county behind them and the supporters knew they could depend on these solid lads to give their all. And that’s just what they did on Sunday.

I didn’t make Pairc Sean unfortunately. I’ve just signed up for a trail half-marathon in the Wicklow mountains on March 9 in aid of Debra Ireland and Sunday was my only chance this week to get some miles in on suitably rugged terrain. I made it back in time to follow the updates on local radio, twitter and via text messages and calls from a few mates at the game.

From the get go it was clear the lads were intent on taking the game to Antrim and they reaffirmed their ability to play into a stiff wind with some aplomb. Speaking with team captain Emlyn on Sunday night he was delighted with the effort of the lads, giving special praise to the fullback line, midfield, and the impact of Mossie Beirne, both on the edge of the square and in midfield when he was brought out to win a few vital primary possessions.

It’s starting to go without saying that Leitrim’s halfback line is forging a formidable alliance, with their license to attack at will paying handsome dividends again, this time with Paul Brennan landing two great points. But that game is dead and gone now and next week brings with it an altogether different challenge.

The journey to Ennis is never easy and the Clare team is also up and running having recorded a fine win against Waterford in Dungarvan on a scoreline of 3-10 to 1-9. Clare is typically a strong, physical team but new manager Colm Collins has added real pace to the squad including a couple of members of the All Ireland winning hurling team of 2013, his son Podge amongst them.

Sean Hagan spoke with simple purpose at Thursday’s event in Croke Park and he made a simple declaration: promotion from Division 4 is the only thing on the minds of everyone involved in this Leitrim set up. If everyone retains that focus at every training session and during every game there is no reason why that can’t become a reality.

A couple of weeks ago I gave a round-up of some of the sporting events that had grabbed my attention and I completely forgot to give a mention to the Leitrim U21s.

While Tipperary proved much too strong in Mohill, the lads seemed to find their rhythm as the Hastings Cup proceeded and Meath were fortunate to escape with a win in Oldcastle before Shane Ward’s side concluded with a fine win away against Wicklow. It gives the side plenty to work on as they prepare for an early championship date of March 22.

A final word of congratulations goes to the Sean McDermott Boxing Club and their two All Ireland winners Niall Gallagher and Dita Kodolina. Unfortunately it wasn’t to be for my own club man Sean Kilkenny, but he still did Rossinver and his club, which has been serving the local community for 70 years, proud.