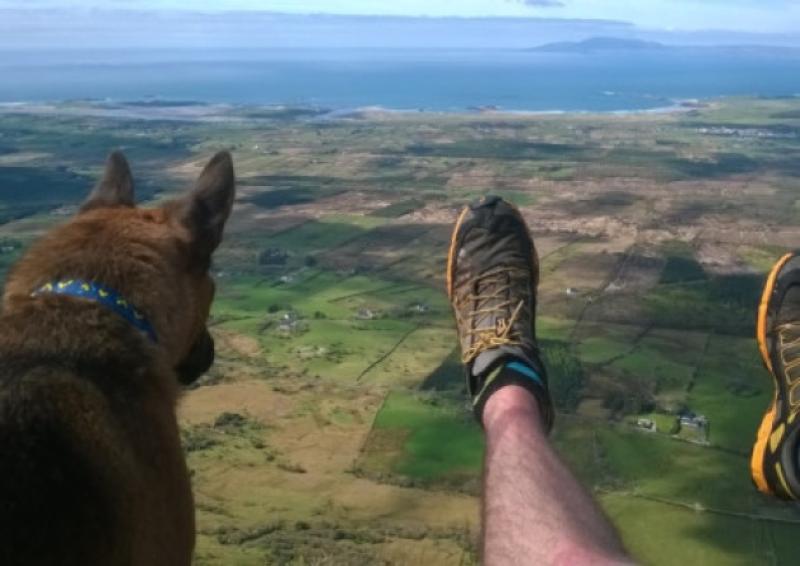 You may recall some months back I wrote about a group of like-minded individuals who were coming together to provide a roadmap for the appropriate and respectful utilisation of some of the incredible recreational amenities Leitrim boasts within its county boundaries.

You may recall some months back I wrote about a group of like-minded individuals who were coming together to provide a roadmap for the appropriate and respectful utilisation of some of the incredible recreational amenities Leitrim boasts within its county boundaries.

On Monday, the Leitrim Recreation Forum launched their ‘Recreational Strategy’, and in doing so have produced something tangible that attempts to assist the county and its people in making the most of what it has without spoiling our beautiful countryside and resources for future generations.

In many ways it offers an antidote to the ‘profit at all costs’ Celtic Tiger mindset, while its underlying principles of consultation and local empowerment display an alternative to the plundering potential of the Fracking fraternity. Instead of looking at short terms goals for maximum returns, it looks at collaboration and community.

The Leitrim Recreation Forum, made up of community representatives, local entrepreneurs and providers of tourist services will remain responsible for its implementation and can continue to draw from its collaboration with an advisory panel including Leitrim County Council management, Leitrim Tourism Ltd and various State agencies.

If the energy and drive that has brought the project this far continues and the wider community rows in behind the project, it has the potential to generate sustainable local employment and drive inward investment through increased visitor numbers. So how will this happen?

• The Shannon-Erne canal as a Blueway-Greenway and the Lough Allen basin;

The Forum has set down specific priorities for development of the key amenities and green sprouts of progress are already visible.

For example, Waterways Ireland have installed the special stands for canoes and kayaks along the Shannon Erne Canal and the waterway between Drumshanbo and Carrick-on- Shannon thereby opening up a completely new way of seeing Leitrim to a fast growing tourist market.

Similarly, the first phase of the top class rowing facility being developed by Leitrim County Council in Lough Rynn is now accessible. Perhaps most encouragingly, there is a visible movement of the people: the Leitrim Providers’ Network, an entrepreneurial collective of interested stakeholders, already boasts 90 members from across the county.

I’ll be biased for a moment and highlight one element of the Forum’s work that left me enthused.

When I first saw the massive PR campaign launching the Wild Atlantic Way I immediately thought, at last, some recognition for Leitrim’s incredible (if short) coastline. I jumped on their website, and not a fecking mention of the place.

Looking at it you’d imagine that you bunny hop from Donegal into Sligo while driving along the ‘Wild Atlantic Way’. I was up home recently and I went down to make sure Leitrim’s coastline – with its Holy Wells, famous rivers, salmon runs, and unspoilt scenery – was still there, and sure enough it hadn’t been washed into the sea. Phew.

So why didn’t Failte Ireland bother to mention one of the counties you transverse on ‘The Wild Atlantic Way’ when every other coastal county on the route gets a specific mention?

Shane Gallagher, of the Drowes Salmon Fishery, evidently made a similar observation, and as a member of the Forum’s Angling working group prepared with his colleagues for Failte Ireland a readymade ‘discovery point’ on Leitrim’s coastal section of the Wild Atlantic Way.

It shows what an epic history just 2.5 miles of land and water can have, and it provides to our footballers – who embark on an epic challenge this weekend – a timely reminder that diminutive does not need to mean small in character. I’ll allow an edited version of Shane’s words work their wonder:

“The county boundary is formed by two very important salmon rivers which can both trace their fishing heritage to the time of St. Patrick.

The river Duff, which marks the county boundary with Sligo to the south, flows 14 miles from the Darty mountains before cascading to the sea in a dramatic waterfall on the Atlantic coastline.

The river Drowes marks the county boundary with Donegal to the north and also separates the ancient provinces of Connacht and Ulster. The Drowes flows from the pristine pre glacial waters of Lough Melvin and joins the Atlantic at Bundrowes, site of Bundrowes Castle, an O’ Donnell stronghold until the 15th century.

Visitors to the county with the shortest shoreline on the Wild Atlantic Way could experience one of nature’s great migrations just yards from the route of the Wild Atlantic Way. The peak of the salmon run, when returning salmon are most visible, coincides with two of the busiest months for visiting tourists, June and July.

Another point of interest along Leitrim’s short coastline are the adjoining holy wells, just off the route of the Wild Atlantic Way in the townland of Corbeg.

The well nearest the road is Patrick’s Well “Tobair Phadraig” while the well nearest the sea is the Well of the Shaving “Tobair na Bheartha”. Both wells overlook the Atlantic coastline and tie in nicely with “Wild Atlantic salmon on the Wild Atlantic Way” as both rivers are mentioned in the Tripartite Life of St. Patrick. Here is an excerpt:

“Patrick went past Druim-Cliab’ from Caissel Irre, by the Rosses eastward, along Mag Ene. He built (?) Domnach M6r Maige Ene.* *’ Then he cursed the (river) Dub,* because of the refusal which the fishermen gave him. Howbeit he blessed the (river) Drob^ss,* owing to the kindness which the little boys who were fishing in it did unto Mm. And (even) little boys take (fish) there still. A salmon of Drob^ is the finest of Ireland’s salmon. Of any big salmon that is caught in Ess Ruaid^ this is what the fishermen say: ‘The salmon is from Drob^ss,’ because peculiar to Drob^ss is the beautiful salmon there through Patrick’s blessing.”

I sincerely hope Failte Ireland take heed of this exert from the annals of our lands and give due recognition to Leitrim’s unique coastline.

I even happen to know that there’s a few snakes left around Tullaghan that the good saint missed during his banishing exercise who would happily entertain any American visitors that pop into the Diamond Bar looking for directions.