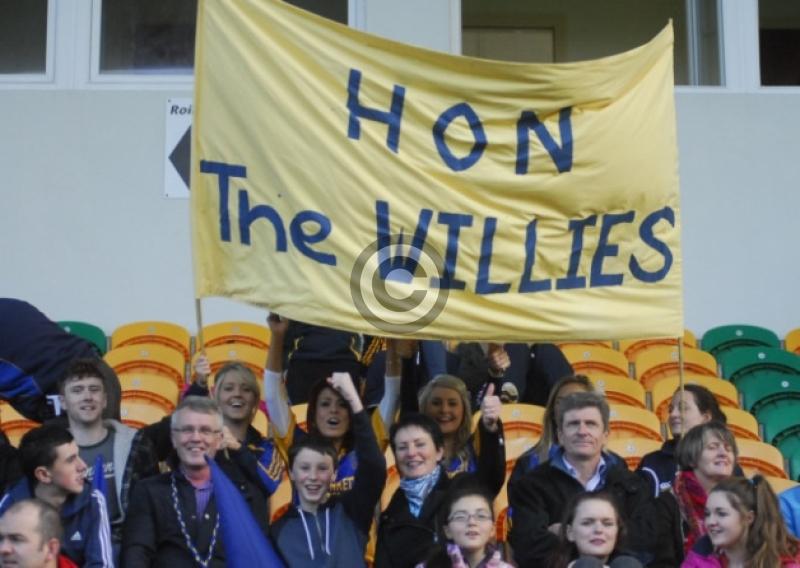 Aughawillan suffered a chastening defeat at the hands of Corofin but there is no dishonour in their defeat. People sometimes struggle to separate the paired concepts of victory and honour, dishonour and defeat.

Aughawillan suffered a chastening defeat at the hands of Corofin but there is no dishonour in their defeat. People sometimes struggle to separate the paired concepts of victory and honour, dishonour and defeat.

The two entities in each relationship are not bound together inherently; they are interchangeable and are not mutually exclusive. You can win a game or competition without displaying any of the grace and sportsmanship essentially to do so honourly. Likewise, you can be defeated and emerge with all your honour intact.

The Willies came from nowhere to claim their first county title in 20 years, creating the biggest shock in the county in over a decade. Their preparations for the Connacht championship were demonstrative of the respect the provincial competition deserves.

As a result they went on the defeat the Sligo champions on their own turf. It’s important to remember just how young this Aughawillan side is when you put Sunday’s result in context. At this level of any competition experience is essential and the Galway champions – littered with past and present county stars – had it in buckets.

There’s no doubt Sean Pearson’s young charges will be gutted by the final result but they should hold their heads high. They should also make sure the experience isn’t wasted and they should relive and revisit it regularly in order to learn from it.

They came up against one of the best club teams in the country and Corofin displayed a ruthless streak evident on a number of other occasions during their run through the Galway championship.

In the county final they annihilated St. Michael’s 5-12 to 0-9. In the semi-final they hammered Milltown 4-14 to 0-2. In their very first outing they held Tuam Stars to just three points. Such results also help to put Sunday’s score in context.

Speaking after the game Pearson was disappointed with some of the scores they gave away after half time – especially considering the bright start they put in – but he rightly said the scores were largely down to a lack of experience. Unfortunately that’s something you can’t coach.

I don’t want to be accused of sugar coating the result. It’s a shame to see Leitrim’s champions on the receiving end of a hammering like that. It’s particularly disappointing as such a result could be seen as part of a broader trend at county level over the past two years.

But you can’t compare this result with that what happened against Down or Armagh in the 2014 and 2013 Qualifiers. Aughawillan can hold their heads high as they look back on their achievements this year. Their journey ended harshly on Sunday but there is no shame in their defeat. They were simply out of their depths at this stage of their development.

They have thrown down the gauntlet to every other team in the county. Reassess your efforts, your training, your priorities, your standards, and your belief, and you too could be county champions in 2015.

Such a rising tide would lift all boats including the one that is currently carrying our county team through some troubled waters. It won’t be plain sailing but it could be one hell of a ride.