Wee chance for Leitrim to own their destiny 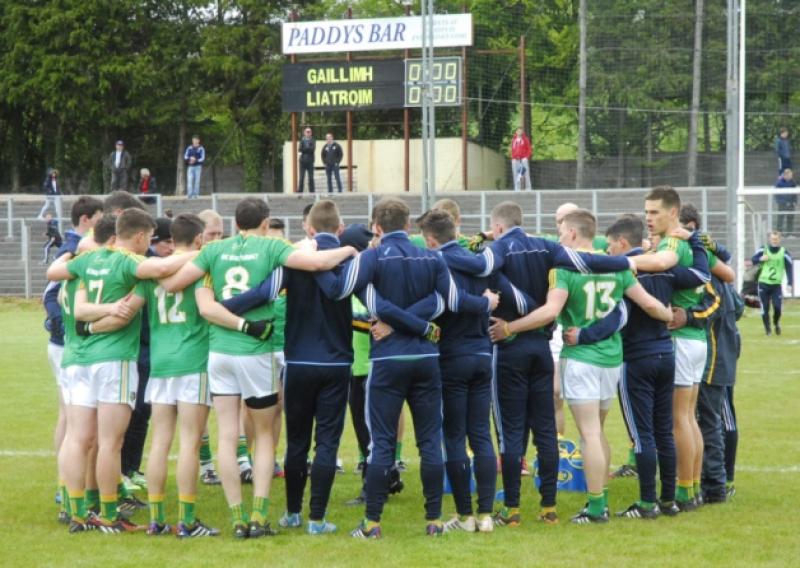 I must confess I gave a little fist-pump when Leitrim were drawn against Louth in the Qualifi ers draw on Monday morning.

I must confess I gave a little fist-pump when Leitrim were drawn against Louth in the Qualifi ers draw on Monday morning.

We were in the B side of the draw which exposed us to most of the bigger guns including Down, Tyrone, Limerick, the loser of Armagh V Donegal, Wexford v Westmeath, and Meath v Wicklow. Louth was about the best draw we could have wished for even if the game is in Drogheda. In fact Louth was the only county in the draw we could have played away – neither county had home advantage in Round 1 of the Qualifiers last year so it was first out of the hat this time around.

Louth isn’t called the wee county for fun. In terms of geographical landmass there is no smaller in Ireland. However, its population has grown significantly in recent times, particularly as a result of the boom when it became a satellite county for commuters seeking more affordable accommodation than that available in the capital. According to the 2011 census there are 122,897 residents in the county.

Regardless, the draw should have given everyone involved in the Leitrim set-up a real pick-me-up. The weeks in the aftermath of a championship defeat are tough. Focus is difficult to maintain as you only have a date to focus on rather than an opposition. The club league kicks in and the county set-up becomes the secondary activity rather than the primary one.

I have first-hand reports confirming that Shane Ward has been keeping the squad ticking over nicely in terms of training and working on their system, but it’s inevitable that the mental focus diminishes as more of it is required elsewhere. The draw should bring all minds back into precise focus.

This is a game we can really throw the kitchen sink at. Louth struggled in Division 3 this year and as a result will be joining us in Division 4 in 2016. They recorded two wins beating Clare (1-16 – 0-13) and Wexford (1-16 – 1-10) both in Drogheda so they’re capable at home. Westmeath paid no heed to Louth’s home advantage when they dumped them out of the Leinster championship last month on a scoreline of 0-16 to 3-14. It’s worthwhile to note that the Wee county have recorded some decent scoring averages this year – even in defeat in the league they registered 1-11 against Armagh, 3-11 against Tipperary (enough to win most games), and 2-9 against Sligo. So while their forwards know where the goals are they can struggle defensively and against Westmeath they never came to terms with John Heslin’s power and size in the full forward position. Could there be a job for Donal Wrynne on the edge of the square?

Whatever way Ward decides to line out the team we need to take the game to Louth. The manager stressed that Leitrim’s campaign wasn’t over when Galway ended our Connacht campaign. This is the opportunity to follow through on that promise. But we need to make it happen.

I remember punching my fist when we drew Sligo in the Qualifiers in 2006. We had lost to Mayo by a point in the Connacht semi-final in Pairc Sean and everyone knew we had let a wonderful opportunity slip us by. A home draw against Sligo – a team we had defeated in Connacht the previous year – gave us the perfect opportunity to get the ball rolling again.

Despite dominating large periods of the match we failed to make our possession count. The final 15 minutes stick in the mind particularly as we created the goal chance that should have won us the game but it went begging. To their credit Sligo finished the game with the more composure and Sean Davey landed a huge free to send the Yeatsmen into Round 3 of the Qualifiers.

I think we may have wanted to win that game too much and our mind was on the scoreboard in those final minutes rather than on our performance. We gave away a lot of ball and panicked a little when calm heads were needed.

Calm heads and steel nerves will be needed in Louth. We went to Drogheda in 1997 needing a win to earn promotion and we got it. We brought a ‘refusal to lose’ attitude to that game but we very much stuck to the game-plan too with Adrian Cullen providing a brilliant outlet at full forward and scoring a magnificent goal to boot. Of course Louth ended our Tommy Murphy Cup hopes in Croke Park in 2006 so there is form and results that fans from both sides can look to in an attempt to predict any outcome. Both sets will fancy their chances.

But all that is in the past and history is stories told by old and aging men. It’s time for this team to write their own destiny. Your future awaits. Forget the past.